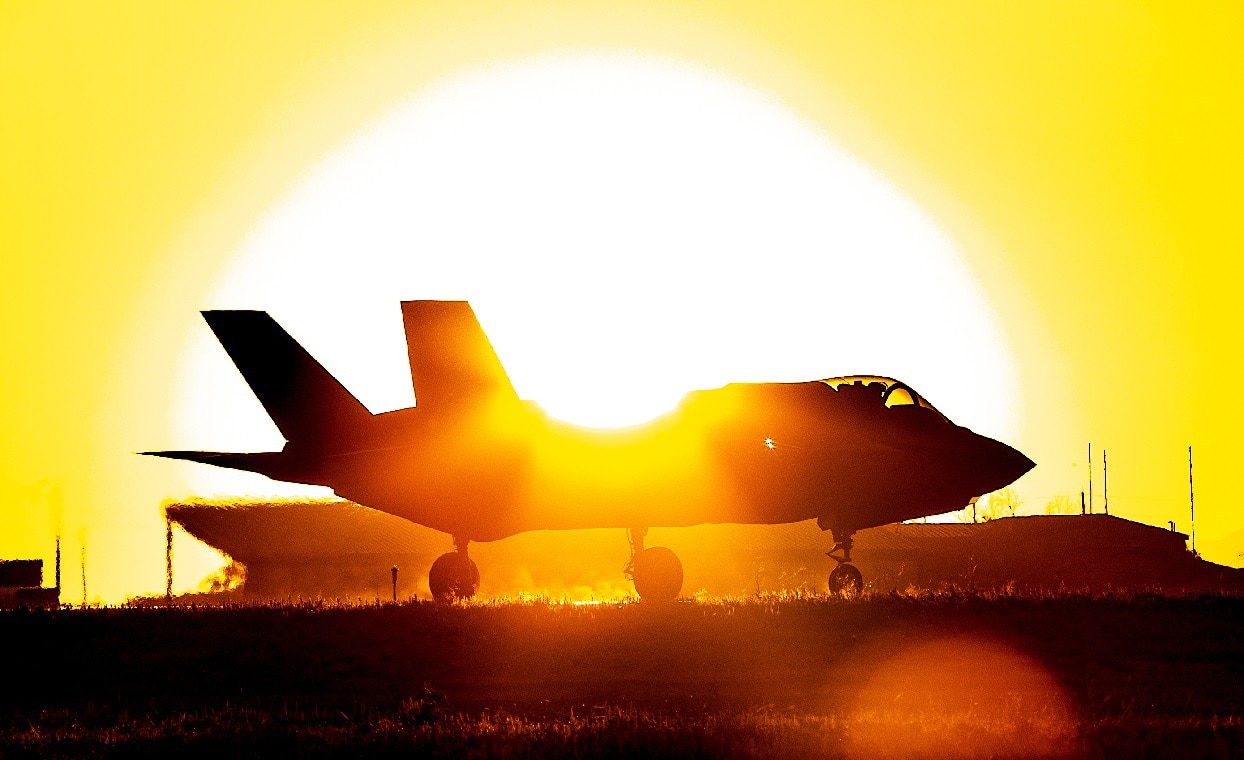 Last month, General Kenneth Wilsbach, Commander, Pacific Air Forces, United States Air Force, commented that a Lockheed Martin F-35 Lightning II had at least one interaction with a Chinese Chengdu J-20 Mighty Dragon over the East China Sea. While he didn’t state exactly when the close encounter of the fifth-generation aircraft took place, the Pacific Air Forces chief was quite candid regarding the capabilities of the J-20 fighter.

“It’s a bit early to say what they intend to do with the J-20, so really all we’ve seen it do is air superiority,” Wilsbach explained, as reported by the Eurasian Times. “But we notice that they are flying it pretty well. We recently had – I wouldn’t call it an engagement – where we got relatively close to the J-20s along with our F-35s in the East China Sea, and we’re relatively impressed with the command and control associated with the J-20.”

The F-35 and J-20 are only the second and third fifth-generation aircraft, respectively, to enter service. Wilsbach’s praise of the Chinese aircraft is notable, yet should be put in context. He never disparaged the F-35, but simply showed respect for the Chinese aircraft it may or may not deserve. One consideration is that the J-20 is largely believed to have been copied from U.S. designs.

It is true as well that the J-20 has many of the same capabilities, including stealth and supercruise, as the F-35. In addition, last year it was reported that the Mighty Dragon was copying one of the Lightning II’s non-stealth features – namely the ability to carry weapons on external pylons and to operate in the so-called “beast mode.” The J-20 had previously had the capability to carry up to four PL-15 missiles in its main weapons bay, as well as two PL-10 short-range missiles in its side weapons bay. The external adapters will enable the jet to carry an additional four more missiles.

The J-20 is also believed to have a sensor suite that is similar to the F-35’s Electro-Optical Targeting System (EOTS). As the saying goes, “good artists borrow, great artists steal.” Beijing has long stolen technology that it would be otherwise incapable of developing on its own, and in 2007, Chinese hackers had allegedly stolen technical documents related to the F-35 from Lockheed Martin. A similar theft occurred again in 2017 when Chinese hackers allegedly went after Australian F-35 defense contractors.

That isn’t to say the J-20 is a complete carbon copy facsimile of the F-35, even if the two aircraft are externally similar.

That would appear to give the Chinese fighter some edge, but the true difference may reside in a series of unknowns, where air superiority would likely be determined by mission systems, weapons and targeting, computing, and even sensing. This is where the U.S.-made aircraft has an edge. It is even believed that the F-35 could target and fire at a J-20 before the American-made fighter was even detected.

Then there is the issue that the J-20 relies on engines that may be very advanced for a fourth-generation fighter, but fail to allow the Mighty Dragon to truly be mighty. Even as Beijing has worked to find an improved engine, the aircraft still isn’t operating at its full potential.

As such, F-35 maintains an edge over its rival. Copying is easy, innovating and improving is where the challenge lies.