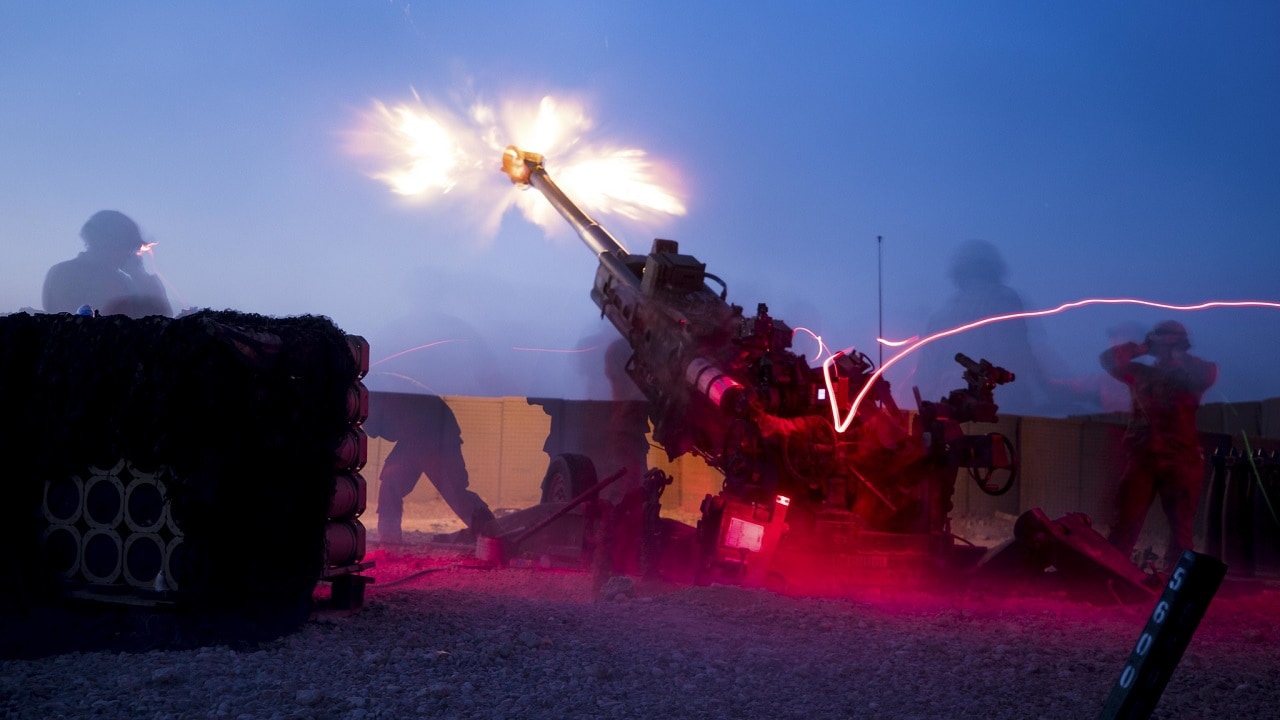 Ukraine may not be totally satisfied with military aid from the United States and NATO countries, but they can’t complain about the latest shipment of hardware they received from Washington. They are getting 155mm howitzers to blast the Russians in the Donbas phase of the war. These artillery pieces are likely comprised of M777 lightweight towed howitzers, an updated and modern version of the guns.

Let’s take a look at the M777 to see how it can make a difference on the battlefield for Ukraine.

One Step Closer to Combat

Ukraine received its first shipment of 155mm howitzers to Europe on April 20 as part of the most recent $800 million assistance package from the United States to Ukraine. American troops will be training at least 50-Ukrainian artillery officers and non-commissioned officers so they can take this learning and replicate it with troops in Ukraine.

What a Great Gift for Ukraine

They are likely training on the M777. This is a lighter-weight towed howitzer that has better range and accuracy compared to the 1970s Soviet-era 2A65 “Msta-B” towed artillery piece that Ukraine is using. With the M777 the Ukrainians will employ the 155mm shell against the Russians instead of the older 152mm round for the Msta-B. This will help the Ukrainian army to better bombard Russian positions.

The Americans are supplying the Ukrainian artillery forces with an impressive number of rounds – 40,000 of the 155mm munitions. That’s a huge number because the M777 has a finite number of shells it can fire before the tube needs maintenance. So, the 40,000 shells will last a long time.

The other advantage of the 155mm caliber is the number of different uses for each projectile. There is the baseline high-explosive fragmentary, but also smoke, illumination, and extended range. Artillery rounds have fuses that determine how the round explodes. So 155mm shells have different fuse types: point detonating, delay, and airburst. These capabilities will be a boost for the Ukrainian artillery forces.

The M777 is 7,500 pounds which are on the light side for towed howitzers. There is some titanium used during construction. This allows the 35-foot-long gun to be transported quickly by truck or helicopter. And they can be packed on cargo airplanes easier which explains how rapidly they arrived in Europe.

Large Crew That Needs to be Trained

It does take eight soldiers to fire the M777 which means training is important. But an experienced crew can shoot five rounds per minute. Soldiers who rehearse crew tasks on the M777 can set it up in six minutes. Then the trucks can pull the howitzers to a new position after a fire mission. The M777 can engage targets that are 18-miles away. The highly-accurate digital computer fire control operation is what makes the M777 stand apart. Called the Towed Artillery Digitization system, it also uses GPS for targeting and can be fed relayed data from drones. 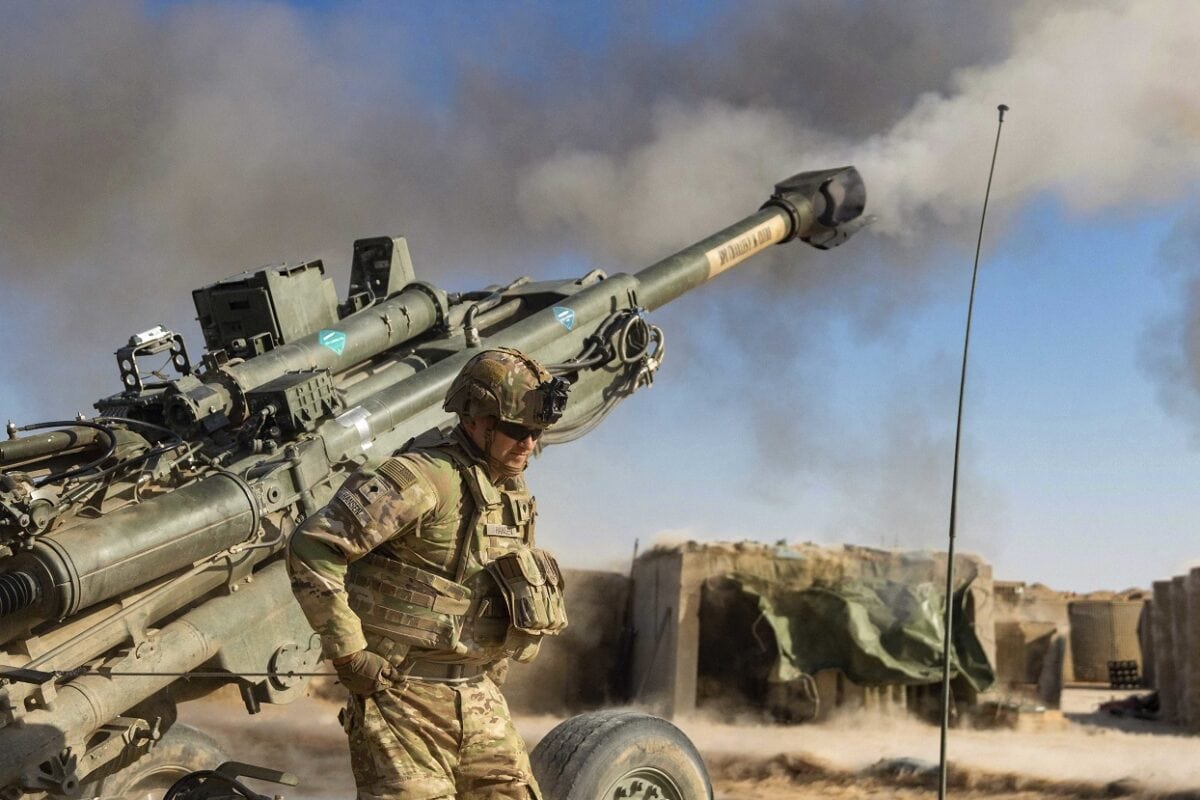 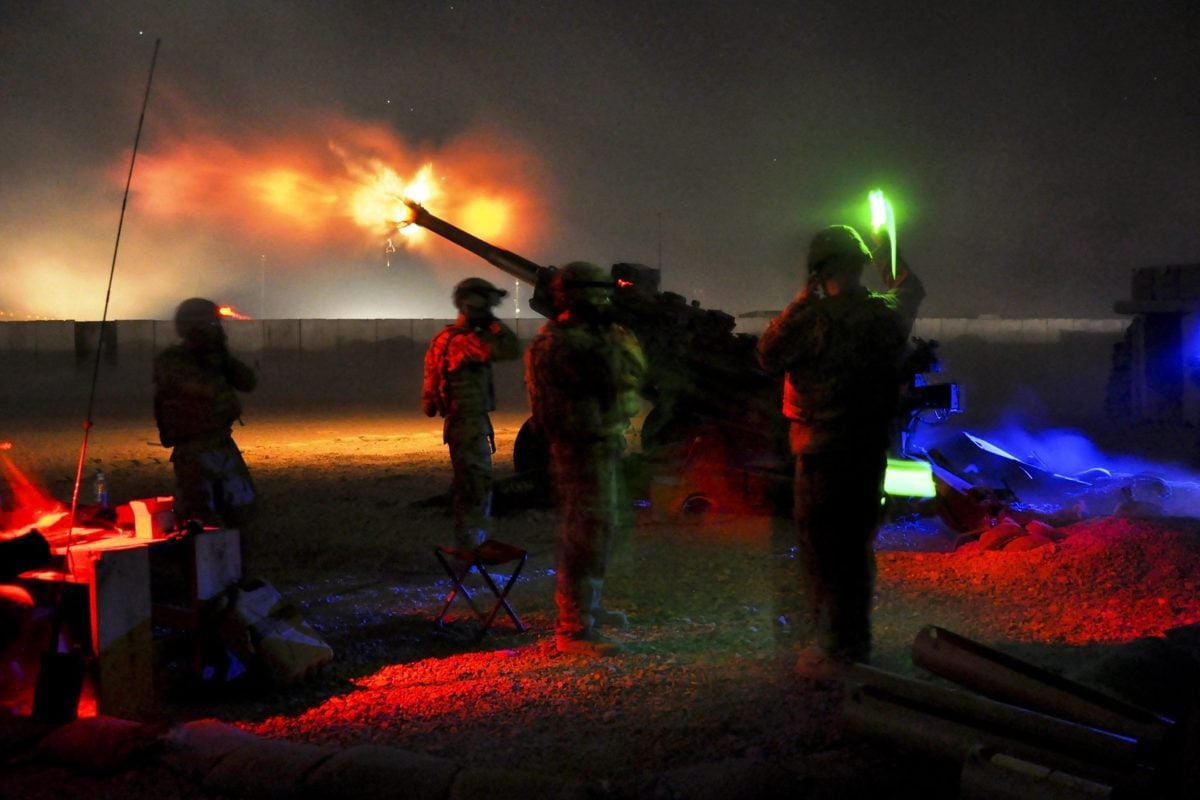 Newer Munitions May Not Be Forthcoming for Ukraine

It remains to be seen whether Ukraine will receive the more advanced shells from the Americans. It is not likely they will get the laser-guided M712 Copperhead and GPS-guided M982 Excalibur. But the high-explosive baseline rounds will still yield ample firepower.

The most important requirement for this artillery piece is training since it has a digital operation component. The Ukrainians must be trained quickly and able to teach soldiers who are used to firing Soviet equipment. But with such a load of ammunition donated by the United States, the Ukrainians will likely be in business for months before they need new shells.