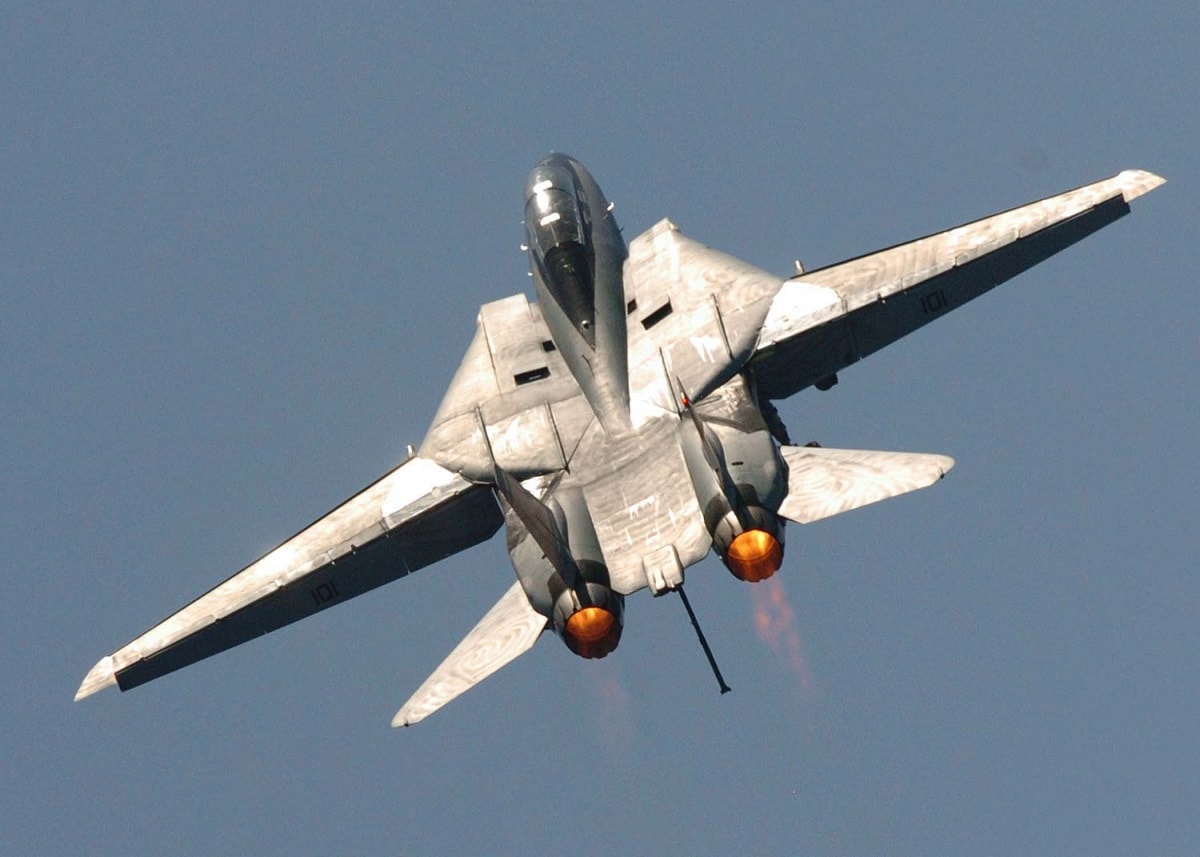 In my article on the SR-72 spy plane, I started off by mentioning the mysterious plane’s Hollywood-embellished appearance in Top Gun: Maverick, the long-awaited sequel to the original 1986 box office blockbuster.

Not surprisingly, the sequel has also regenerated interest in the venerable F-14 Tomcat, the warbird in which a then-young Pete “Maverick” Mitchell, played by Tom Cruise, earned his combat spurs and took our breath away.

Aces of “The Axis of Evil”

Though not quite as impressive as the F-15 Eagle’s mind-blowing 104:0 air-to-air kill ratio, the Tomcat has a very respectable air-to-air combat performance history. Perhaps the greatest irony of the Tomcat’s kill tally is that the majority of its scores were achieved not by American pilots, nor even the pilots of a U.S. ally, but rather by the pilots of an adversary nation. Not just any U.S. adversary, either, but one deemed by then-President George W. Bush to be a member of the “Axis of Evil:” Iran. (Granted, Iran’s F-14s are carryovers from when that nation was actually still a U.S. ally.)

No American Tomcat drivers attained ace status (5 or more aerial victories), but at least one Islamic Republic of Iran Air Force pilot did. IRIAF pilot Col. Mostafa Roustaie, who scored five kills against Iraqi opponents during the Iran-Iraq War, described his beloved plane as “the last word in the fighter business.”

All in all, IRIAF pilots claimed 130 victories versus only 4 losses. However, as noted by aviation expert Tom Cooper in Smithsonian Magazine, “It is impossible to tabulate, for example, how many air-to-air victories were scored by Iranian F-14s because air force records were repeatedly tampered with during and after the war for political, religious, or even personal reasons.”

As for those lucky few Iraqi pilots who managed to kill a Tomcat – rare birds, indeed – the admittedly scanty evidence indicates that two of them did so in a MiG-23 Flogger, while one kill apiece is credited to a Dassault Mirage F1 and a MiG-21 Fishbed.

Iran remains the only nation flying active F-14s. According to estimates in 2019, Iran’s air force maintains 24 F-14 Tomcats from the original batch of 79.

As for the total kills scored by U.S. Navy Tomcat fliers, that tally is 5: two Libyan Sukhoi Su-22 Fitter jets downed during the 1981 Gulf of Sidra incident; two Libyan MiG-23 Floggers killed during the 1989 Gulf of Sidra incident; and one Iraqi Mi-8 Hip helicopter downed during Operation Desert Storm in 1991. No U.S. Navy-flown F-14s have ever been lost in aerial combat, though one F-14 was lost to enemy ground fire during Desert Storm. Its pilot, Lt. Devon Jones, was rescued the next day, while his radar intercept officer, Lt. Lawrence Slade, ended up as a prisoner for the remainder of the war. (Unlike the ill-fated Goose from the original Top Gun film, Mr. Slade lived to tell the tale.) 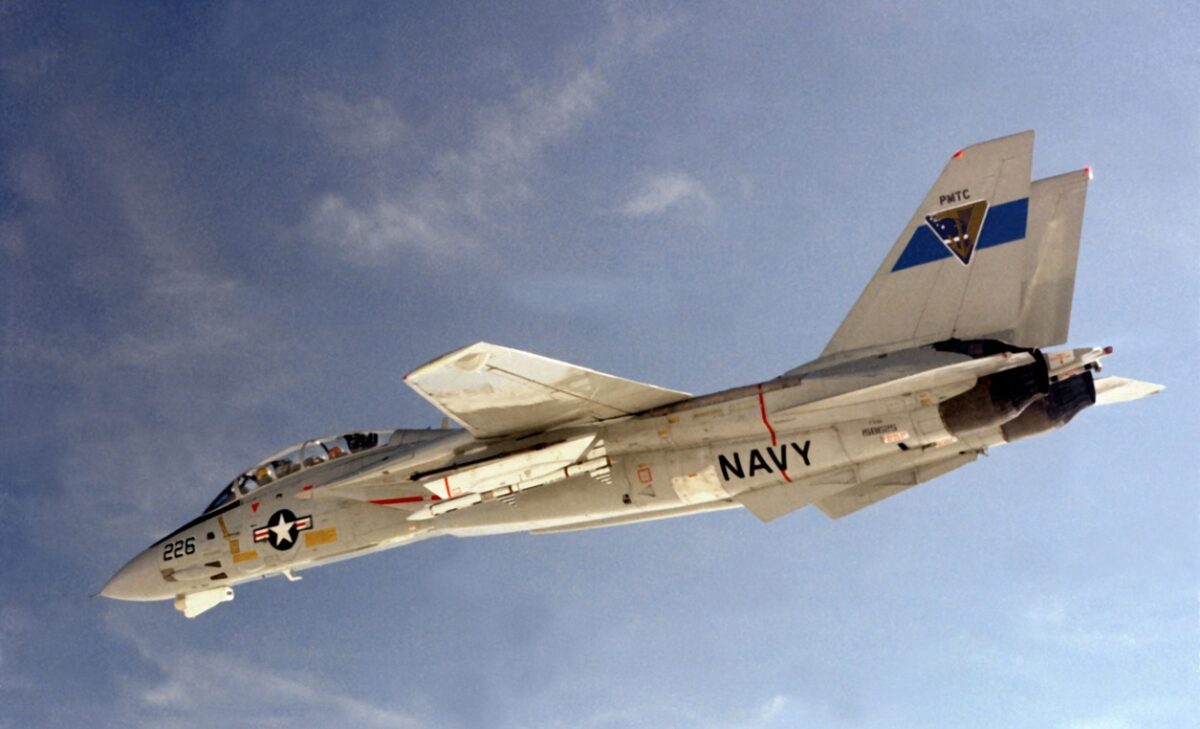 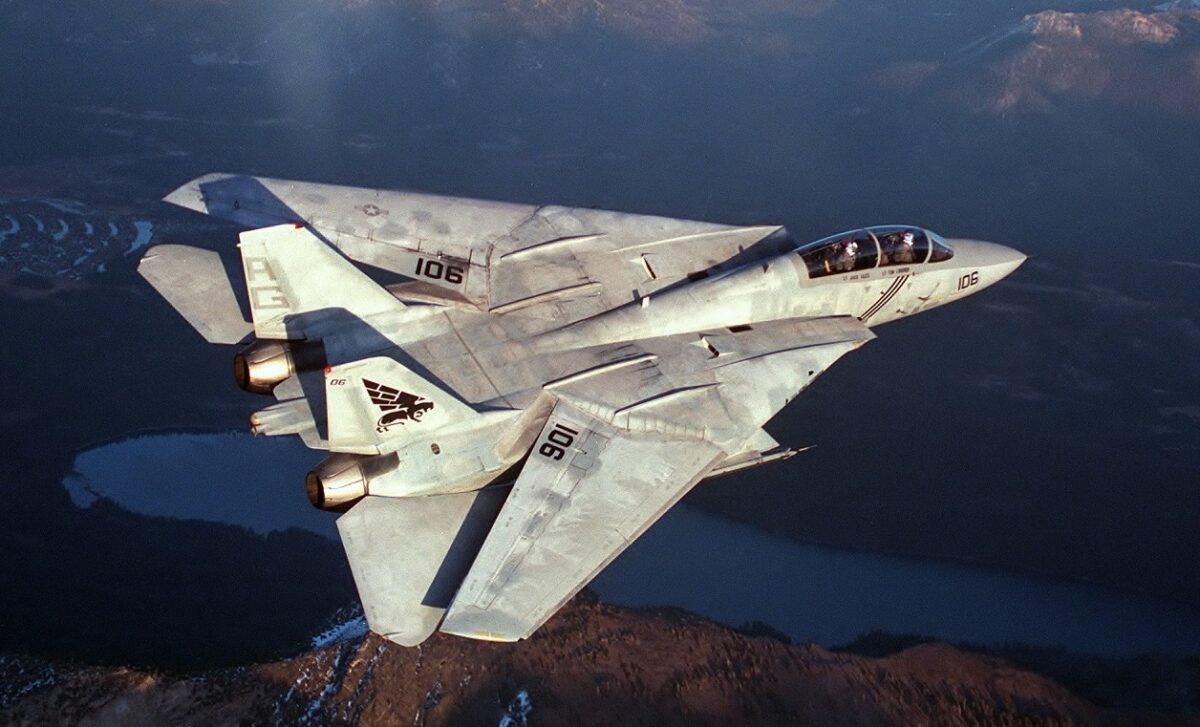 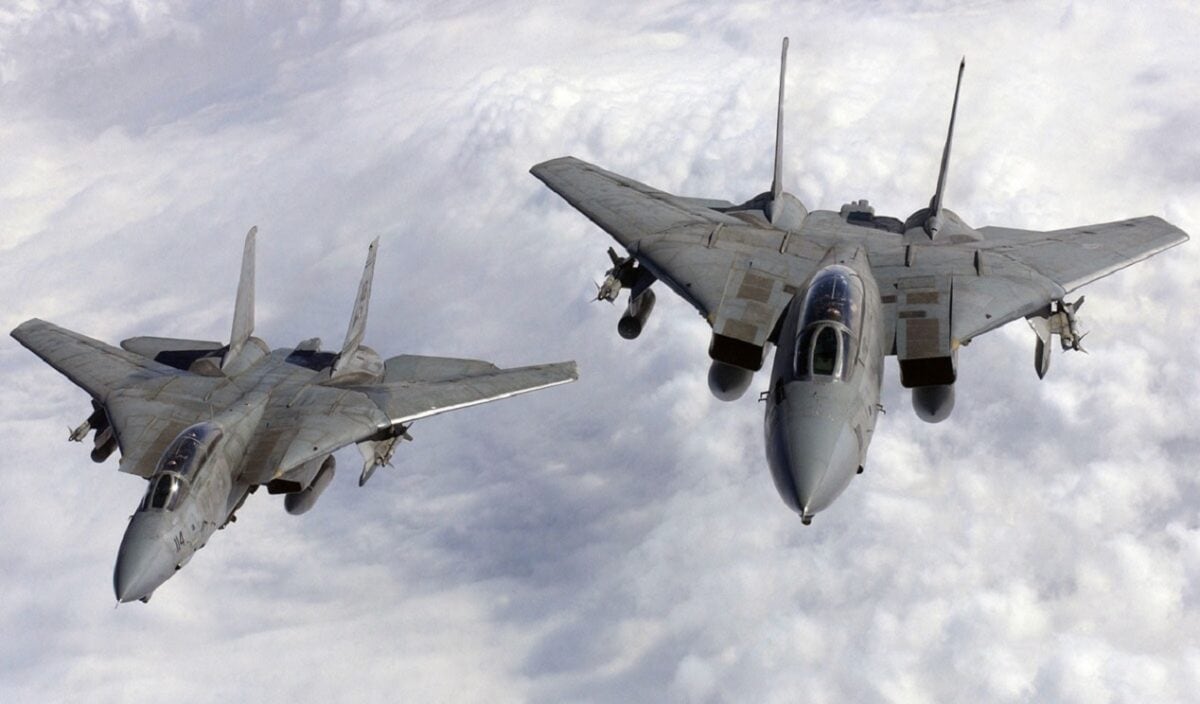