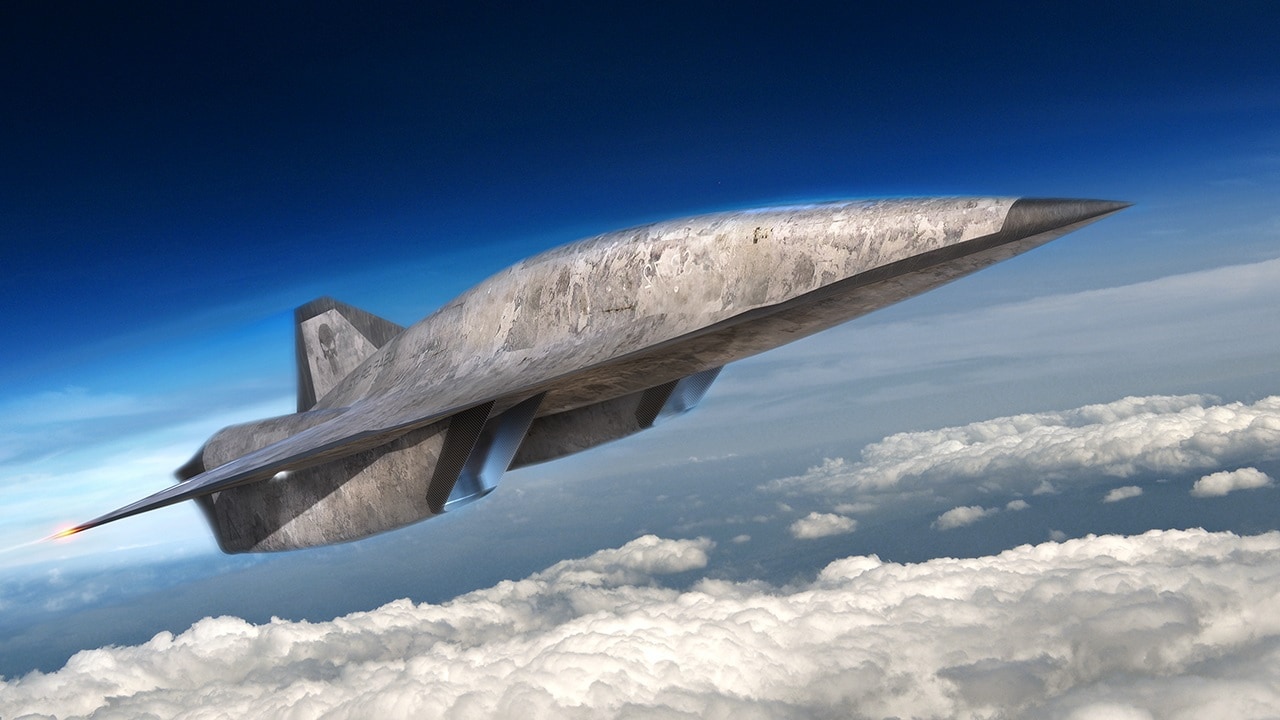 The Lockheed Martin SR-72 has not yet even made it past the conceptual stage of development. Yet, it already has at least two distinct claims to fame: (1) being the successor to the iconic SR-71 Blackbird (still the world’s fastest aircraft 58 years after its invention and 23 years after its official retirement), hence the unofficial sobriquet of “Son of Blackbird” (a more polite and decidedly non-profane spin on the “SOB” acronym, one could say); and (2) making a cinematic appearance—albeit in typical Hollywood-embellished fictitious form as the so-called “Darkstar”—in the film Top Gun: Maverick, the long-awaited sequel to the 1986 box office blockbuster starring Tom Cruise and Val Kilmer.

Indeed, the filmic Darkstar, in a somewhat amusing example of life imitating art (or would that be the other way around, or perhaps even life imitating art imitating life and thus going full circle?), actually managed to rattle the cranial cages of the People’s Liberation Army brass; as noted in another recent article right here on the 19FortyFive website, “the Navy apparently told Top Gun’s producer, legendary filmmaker Jerry Bruckheimer, that China re-oriented spy satellites to get a glimpse of the full-size mock-up they built for filming.”

As one might expect for a “black project” stemming from Lockheed Martin’s famed Skunk Works division, the specifics of the SR-72 are shrouded in mystery. Moreover, the official (ahem, cough cough, wink wink, nudge nudge) U.S. Air Force pronouncement is that it is pursuing the Northrup Grumman RQ-180 UAV to take up the mantle of the Blackbird’s longtime intelligence, surveillance, & reconnaissance (ISR) role. Speculation aside, however, it is known that this proverbial “new kid on the block” will be a UAV, unlike its manned predecessor.  The new craft will be similar in size to the SR-71 at over 100 ft (30 m) long and have the same range, with a cruising speed of Mach 6 (4,000 miles per hour)—nearly double the speed of its ancestor(!)—at an altitude above 100,000 feet, and—unlike the unarmed Blackbird—will also feature strike capabilities. 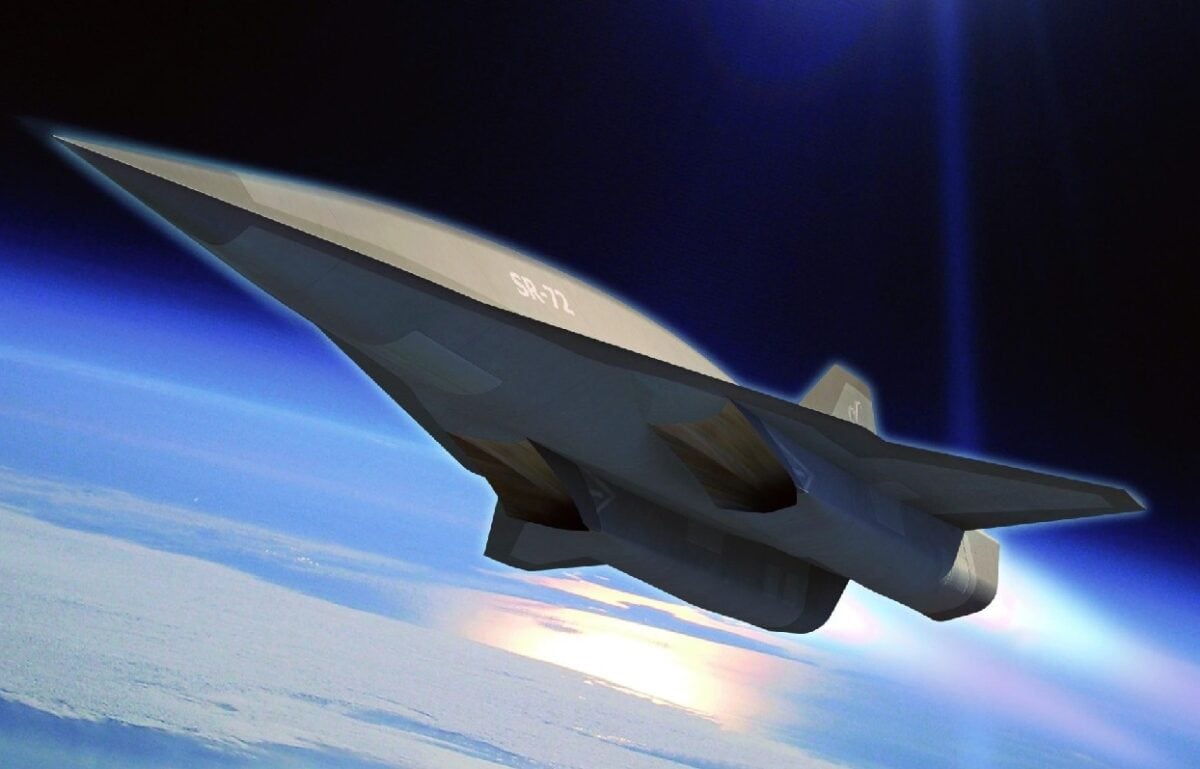 As Al Romig, then-Vice President of Skunk Works’ Engineering and Advanced Systems, proclaimed back in 2013, “speed is the new stealth.” The craft’s mind-boggling cruising speed will (theoretically at least) be made possible by using revolutionary engines which combine a high-speed turbojet and scramjet; for the benefit of readers curious to know how scramjets work, NASA has published a handy Fact Sheet.

But What About the Payload?

Regarding those strike capabilities, the specifics remain (if readers will pardon the egregiously lousy pun here) very much up in the air. As Clay Dillow noted with considerable frankness in a 2015 Popular Science article, “(I)ts exact payload is secret. Most likely, it hasn’t yet been invented. Taking spy photos or dropping bombs at Mach 6 will require extraordinary engineering. It will require hundreds of miles to make a turn. It will need powerful guidance computers to line up targets, 80,000 feet below. Also, you can’t just open a bomb bay at 4,000 miles per hour. The SR-72 will need new sensors and weapons to operate at such high speeds.”  Nonetheless, seeing how current combat drones such as the Turkish Bayraktar TB2 have proven to be such a dramatic game changer on the battlefields of Ukraine and the Nagorno-Karabakh War alike, one can only begin to imagine the combat potential for a UAV with both hypersonic speed and the capability to launch ordnance both accurately and reliably. 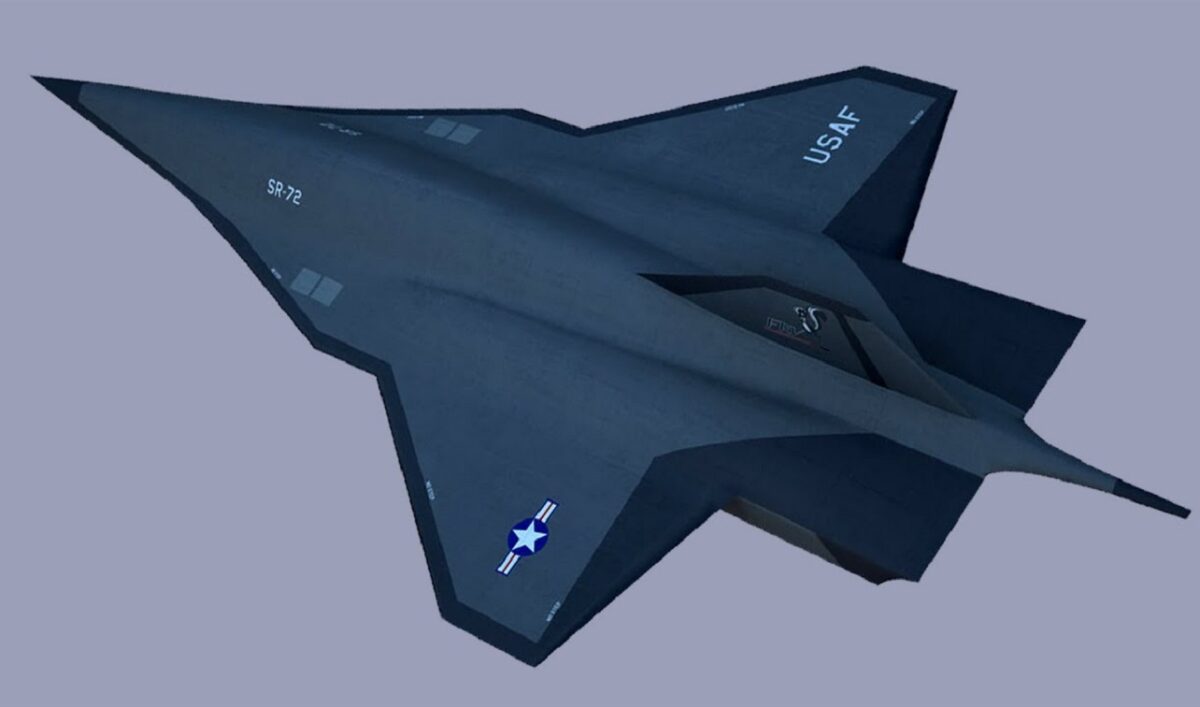 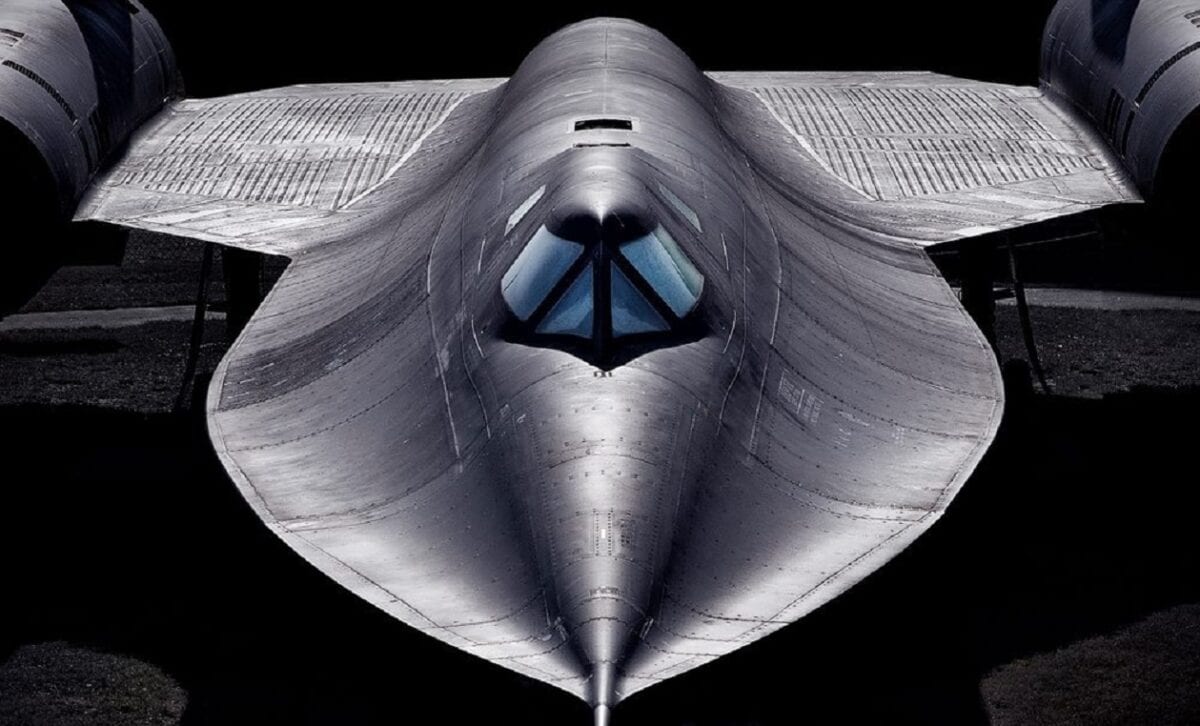 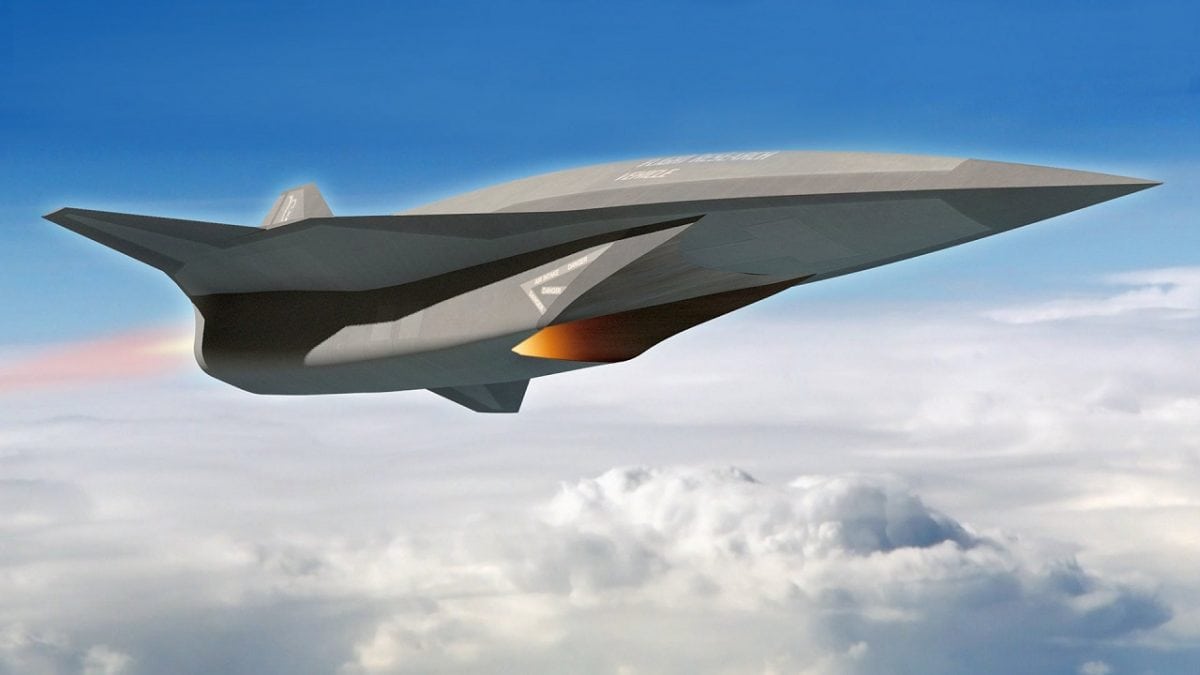 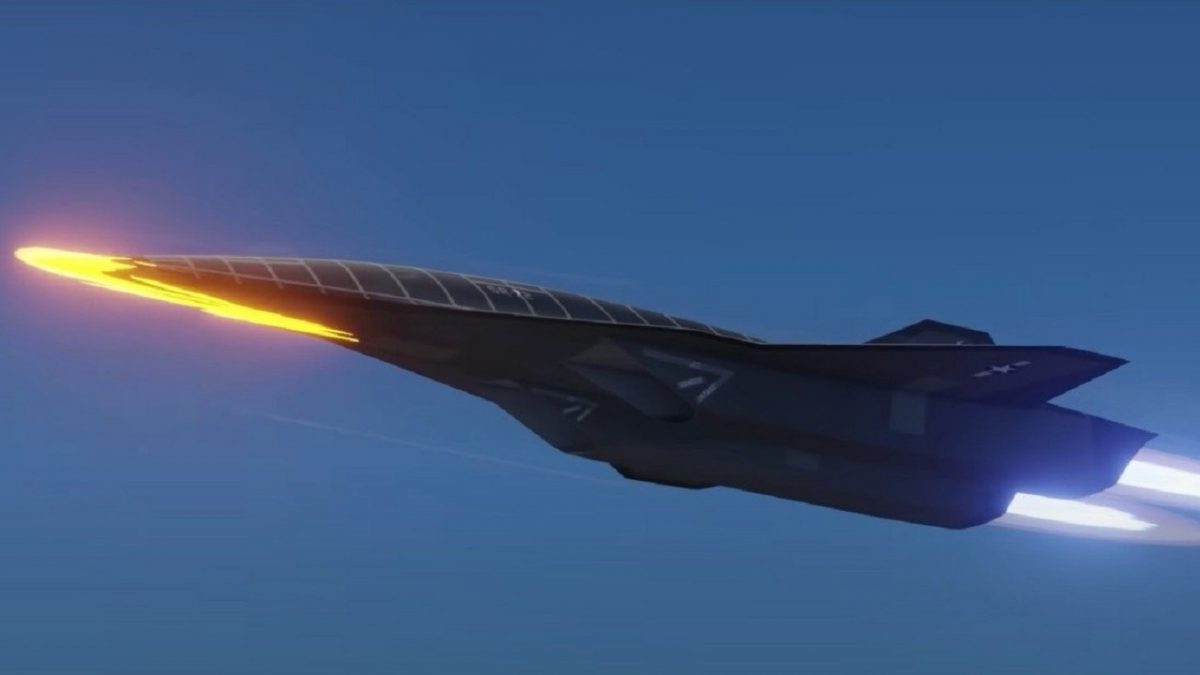 Time will presumably tell soon enough, as Lockheed Martin executives stated back in 2018, a prototype of the SR-72 will be scheduled to fly before 2025.

Christian D. Orr is a former Air Force officer, Federal law enforcement officer, and private military contractor (with assignments worked in Iraq, the United Arab Emirates, Kosovo, Japan, Germany, and the Pentagon). He has also been published in The Daily Torch and The Journal of Intelligence and Cyber Security.