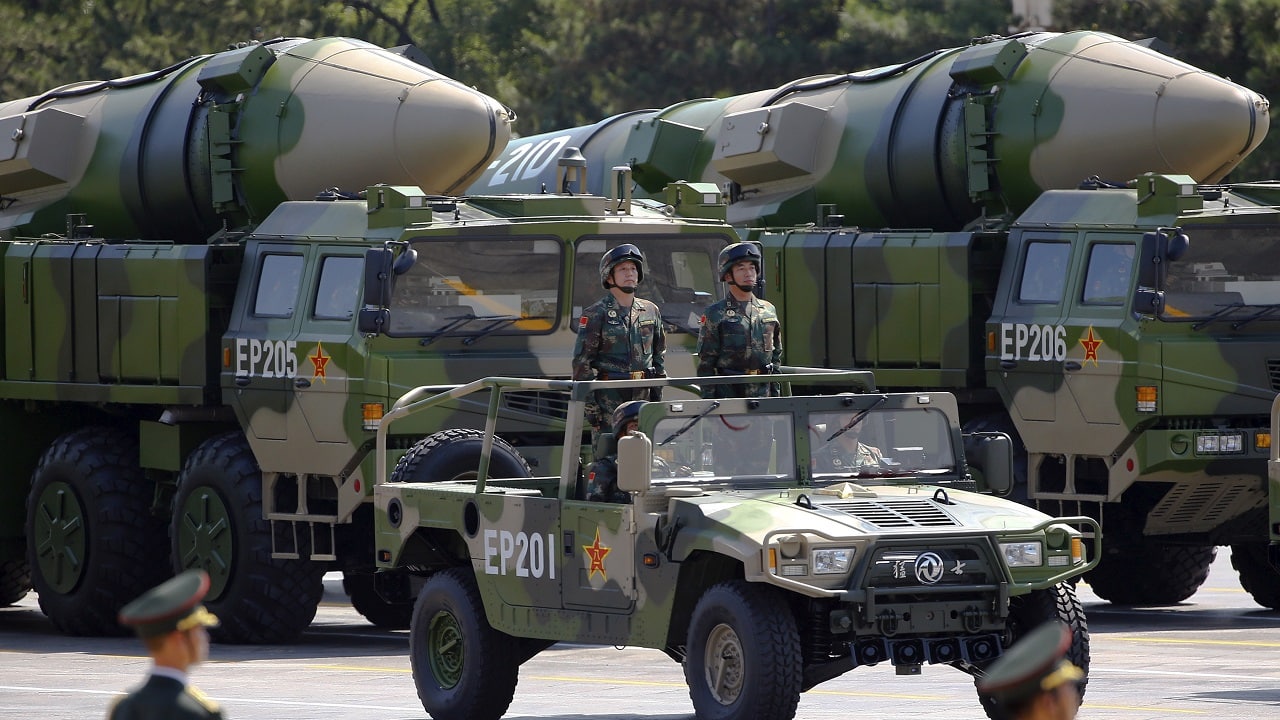 Today’s geopolitical competition among the U.S. with its allies and China and Russia has the hallmarks of a Cold War 2.0. International structure undergirded by ideological tensions, military and technological rivalries, and spheres of influence create a perfect storm. China and Russia have pledged “no limits” in their relationship, which provides Russia with cover in its war in Ukraine. The China-Russia partnership is a force multiplier, making the challenges to the U.S. and its allies all the greater.

With regard to China, President Biden has continued his predecessor’s approach by maintaining tariffs with some exclusions, enhancing America’s role in Quadrilateral Security Dialogue, and even pursuing the Australia-United Kingdom-United States (AUKUS) security arrangement. In the wake of the Russian invasion of Ukraine, Biden is boosting NATO by increasing troop deployments and pushing the alliance to update its strategic orientation against conventional and hybrid threats.

However, China and Russia do not necessarily have identical interests on all issues and challenges. The Biden Administration should not take an overly confrontational position that drives Russia and China further together or encourages one or the other to escalate situations in Europe and Asia. The Biden Administration’s framing of a grand geopolitical strategy resting on democracy versus autocracy is overly simplistic, adversarial, and ideological. Moreover, it could drive away current allies and partners that can help the U.S. deter threats. While red lines are needed to return the U.S. to a predictable relationship with China and Russia, U.S. foreign policy must exploit differences between the two.

The Russian invasion of Ukraine means we are now living in a completely new era. Putin’s failure to conquer Ukraine, remove President Volodymyr Zelenskyy, and deny Ukrainian national identity revealed the extent of his inability to anticipate Ukrainian resolve. It also reflects his failure to gauge Western military support for Ukraine, including $40 billion in new U.S. security assistance, and far-reaching sanctions against the Russian economy and energy sector.

The consequences of Russia’s miscalculations and battlefield defeats cannot be understated. Russian military doctrine holds that the Kremlin would consider the utility of nuclear weapons if the regime were under existential threat. While the meaning of “existential” is subject to debate, U.S. intelligence and security planners must determine Vladimir Putin’s red lines in Ukraine.

Putin is driven by an obsession with Ukraine and a mystical conviction about Russian culture and history and paranoia toward the West, especially the U.S. Putin is insulted and threatened by the West, which stems from NATO and the E.U. welcoming the free and independent choices of Eastern European and former Soviet states to pursue Euro-Atlantic integration. The Russian invasion of Ukraine is about addressing Putin’s grievances concerning the end of the Cold War and the European security order that emerged from it.

To avoid the unthinkable and return to strategic stability, Russia must be provided with an offramp in Ukraine. Any negotiated settlement between Russia and Ukraine must include an agreement centered on restraint and deconfliction. Russia must end its blockade of Ukrainian exports to alleviate pressure on the global food supply. Although Ukraine may have to give up on accession to NATO, Russia will have to absorb even greater losses as its economy, military, and ordinary Russians will suffer for years to come. Moreover, if the purpose of its invasion was to prevent more states from acceding to NATO, then likely Finnish and Swedish membership in the alliance reveals how badly Russia misjudged the West’s response.

The U.S., China, and the Indo-Pacific

From an American standpoint, China is the greater concern given the size of its economy, investments in advanced technologies, expansion of global commercial relationships, territorial ambitions, and military modernization. China’s push to expand its nuclear arsenal shows that it seeks deterrent capabilities on par with the U.S. and Russia. Moreover, a Chinese invasion of Taiwan is not likely to remain a limited engagement. China would have to preemptively strike American military targets in Guam and Okinawa and launch devastating cyberattacks against Taiwanese, U.S., and Japanese assets.

The Biden Administration is committed to strengthening the Quadrilateral Security Dialogue with Australia, India, and Japan and has pursued AUKUS to share nuclear submarine propulsion technology, hypersonic weapons, intelligence, and cyber strategies. Both the Quad and AUKUS will constitute a counterbalancing coalition necessary for negating Chinese expansion.

There was a time when the U.S. was the undisputed economic hegemon in Asia. But China has accelerated its pace of economic growth and made significant investments in infrastructure projects with the Belt and Road initiative. Domestic political pressure in the U.S. led the Trump Administration to embrace tariffs against both China and the E.U. and remove the U.S. from the Trans-Pacific Partnership (TPP).

An effective geopolitical strategy to contain China rests on an effective geoeconomic strategy. The Biden Administration must begin forging a new set of economic arrangements in the Indo-Pacific. Since TPP remains politically toxic in the U.S., Biden should consider expanding the Quadrilateral Security Dialogue into the commercial domain and propose new multilateral economic agreements. In this sense, the security partnership provides the necessary cover for new free and open economic arrangements while mitigating the political risk of TPP.

The Biden Administration must also make significant public investments in American domestic programs that will enable the U.S. to engage in a security and technological competition with China. The Bipartisan Infrastructure Law of 2021 provides $1.2 trillion in federal investments to improve critical infrastructure, ranging from transportation systems and power grids to broadband and other public works. Congressional legislation is being finalized that would increase U.S. government investments in research and development, industrial advancements, and emerging and disruptive technologies to compete with China. New public and private R&D investments will enable the U.S. to build its capacities to deter hybrid threats, respond to and detect cyberattacks, combat disinformation, and engage in gray zone operations.

These measures have been framed within a Cold War 2.0 context. For years, the U.S. grew incredibly reliant on China in areas where U.S. firms were no longer investing, such as 5G networks and semiconductors. Now, the U.S. must counter the “Made in China 2025” initiative, which is designed to establish Chinese self-sufficiency in semiconductors, autonomous vehicles, and artificial intelligence.

Also, on immigration, the U.S. must resist domestic pressures to become a closed society. The Biden Administration must figure out how to triangulate public opinion on immigration because America’s arsenal of soft power rests on attracting the best and brightest from around the world.

The world is already in Cold War 2.0 with China and Russia on one side and the U.S. and its allies and partners on the other. This is happening in real-time, as Russia is openly challenging NATO and the E.U. with its invasion of Ukraine, and China is challenging American influence and making nationalist claims against Taiwan. However, China is the rising power and Russia is the declining one. Russia’s GDP is $1.48 trillion compared to China’s at $14.7 trillion and America’s at $21 trillion. The reality is that Russia needs China more than China needs Russia. Therefore, China will try to avoid getting into the same crisis Russia has entered, at least anytime soon.

Unless the U.S. is ready to pursue regime change in Moscow and Beijing, the primary goal of American foreign policy should be a principled concern with preventing the potential destructiveness that could be imposed on America by Russia or China given the evolution of hypersonic weapons. The U.S. must avoid inviting or generating external hostility with its own bellicosity, especially in Ukraine. Given that advanced weapons are multiplying and with artificial intelligence and sophistication on the rise, technological improvements in range, accuracy, and automation could allow leaders to use these weapons when their backs are against the wall.

While the U.S. viewed the Soviet Union as its principal enemy in Cold War 1.0, American relations with China were just as tense. The U.S. even fought Chinese forces in the Korean War. When the Nixon Administration pursued an opening with China in the early 1970s, it produced a shift in American strategic thinking that it was foolish to approach the Soviet Union and China in the same way. The U.S. was able to find enough room to insert itself between the two.

Now, the U.S. must again look for room to maneuver between China and Russia. While the two are united in their opposition to a U.S.-led international order, China and Russia are not exactly on the same page. The contours of the China-Russia relationship are complex and shaped by national interests. For example, it was recently reported that Chinese hackers attempted to breach the Russian Ministry of Defense to steal sensitive information on Russian satellite communications, radar systems, and electronic warfare. More broadly, Russia may not want to be China’s junior partner and it may not be worth it for China to relinquish its vast commercial relations with both the U.S. and the E.U. to defend Russian interests.

Therefore, it is in America’s national security interests to explore differential approaches to China and Russia. Given the potential for all-out war in both Europe and Asia, the U.S. and its allies and China and Russia must establish clear strategic red lines and mutually recognized areas of strategic competition while embracing strategic collaboration with others. In Cold War 2.0, the U.S. should pursue a strategy that combines deterrence and restraint, maintains America’s technological edge, invests at home, seeks new economic arrangements, and is comfortable with hybrid war and gray zone operations.

Dr. Chris J. Dolan is a Professor of Political Science and Director of the Masters of Science Intelligence and Security Studies at Lebanon Valley College. He is currently a Fulbright U.S. Scholar (2021-2022) in hybrid war and security studies at the Max Van der Stoel Institute at South East European University in Tetovo, Republic of North Macedonia. His first Fulbright was at the University of Prishtina, Kosovo in 2019-2020. Dolan writes national security articles at Just Security, The Hill, and is the author of four books and more than thirty peer-reviewed articles.

Dr. Chris J. Dolan is Professor of Political Science and Director of the Masters of Science Intelligence and Security Studies at Lebanon Valley College. He is currently a Fulbright U.S. Scholar (2021-2022) in hybrid war and security studies at the Max Van der Stoel Institute at South East European University in Tetovo, Republic of North Macedonia. His first Fulbright was at the University of Prishtina, Kosovo in 2019-2020. Dolan writes national security articles at Just Security, The Hill, and is the author of four books and more than thirty peer-reviewed articles.