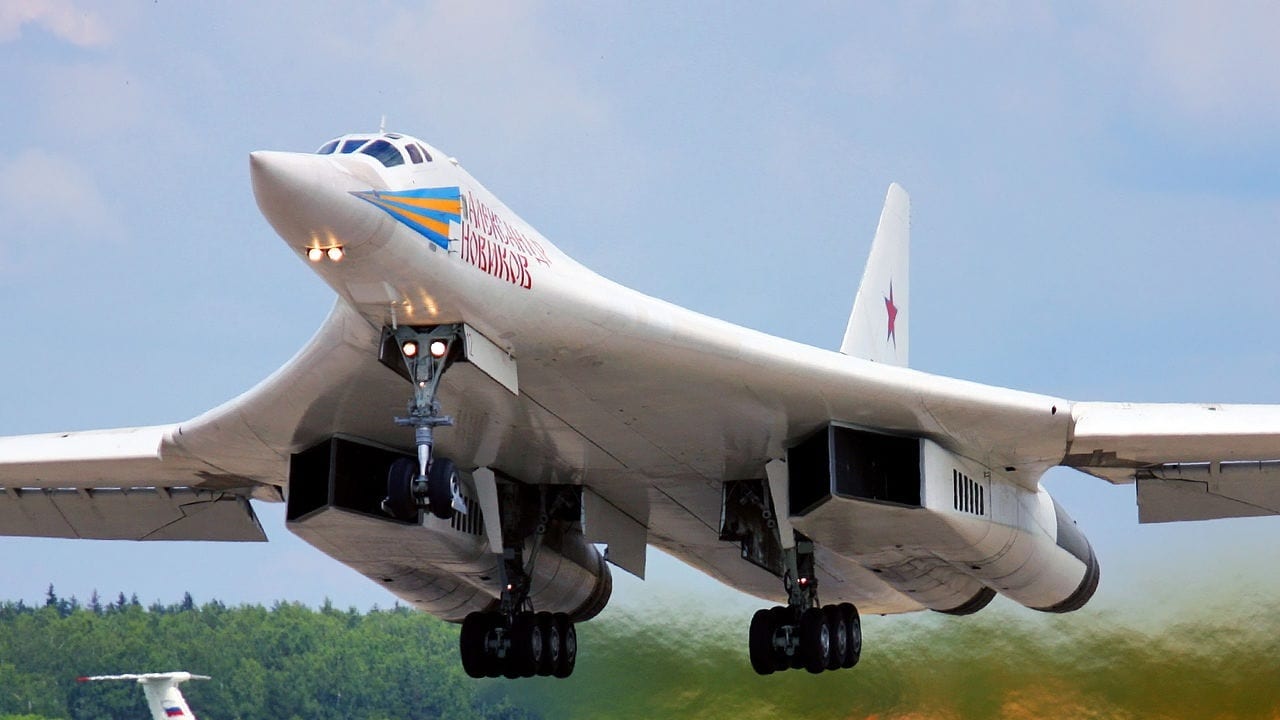 The US and its NATO allies appear to be moving toward supporting more expansive Ukrainian objectives, most importantly retaking territory in the Crimea and Donbas occupied by Russia in 2014. Moscow’s persistently poor military performance has made the once unthinkable appear possible.

Helping expand and extend the war would be playing with fire. Although Russia’s botched invasion shocked everyone except Ukrainians, and perhaps even them, Moscow might do better on defense than offense, especially if Russian troops believe they are defending their homeland rather than killing supposedly kindred people.

Moreover, the threat of losing—not just failing to seize more Ukrainian land but surrendering previous gains—might cause the Putin government to escalate. Ever-heavier Western involvement, suggesting that Russia’s real adversary is America and its allies, might encourage Putin to double down.

One tactic for Moscow would be to target Western military aid shipments, even in Poland. Doing so would risk retaliation, but so far the US and Europeans have sought to avoid a direct clash. Such a strike might cause the allies to step back, especially since congressional opposition to Washington’s heretofore blank check for Kyiv has started to emerge.

Moreover, Moscow continues to fight with an essentially peacetime force. President Vladimir Putin expected a Ukrainian collapse and thought he would win on the cheap. If he realizes that victory can only be achieved at much greater cost, he could call up reserves and place Russia on full war-time footing. After all, losing his fight over Ukraine would cripple his foreign policy and threaten his hold on power.

Worse, Moscow might turn to WMDs. If the only way to save Crimea and the Donbas was to use chemical and nuclear weapons, the price still might appear worth it. Doing so would be taking a step into the unknown, but for a betting man that might appear better than accepting a catastrophic loss. Diplomatic costs to Moscow, especially with countries which have avoided taking sides so far, would be real but bearable. The allies still would be loath to take military action that could lead to full-scale nuclear war.

Russian escalation would create multiple problems for Washington. One is triggering the fallacy of sunk costs. Having gone all in, or almost, anyway, US officials would be invested even more in a Ukrainian victory. They would be tempted to match and even raise Moscow’s moves. The ultimate cost and risk would be far greater than they would have contemplated at the start.

Moreover, ever more military aid risks raising Ukrainian expectations, as did NATO’s constant promises about bringing Kyiv into the alliance. If the former increased its military aims because the allies made it possible, they would be loath to leave Ukraine in the lurch, seemingly again. They then could find themselves far more heavily committed than they originally imagined.

Finally, both sides would have moved substantially up the escalatory ladder at this point. Each new move would become relatively more dangerous. Once NATO territory or nuclear weapons were involved, the consequences could be catastrophic. Having long ago decided, correctly, that Ukraine did not justify America going to war with Russia, the US could find itself at war with Moscow.

Imagine if Ukraine had come to newly inaugurated President Joe Biden last year and requested a multi-billion military build-up and additional US support just short of war so Kyiv could retake its lost territories. He would have run screaming from the room, followed by his national security entourage. Today officials from the president on down are suggesting objectives that likely can only be achieved through military means—regime change, war crimes trials, and weakening Russia.

Much the same phenomenon is occurring with Finland’s and Sweden’s requests to join NATO. Its leadership has warmly welcomed their request. So have most alliance members, other than Turkey and Croatia so far. The Biden administration appears to be a definite yes vote.

Washington seems determined to defend most every nation on earth. But why should Helsinki and Stockholm be added to America’s defense dole? In fact, they don’t need to join. Moscow has not threatened Sweden (why would it?). Finland has lived a bit more uncomfortably next to its large neighbor, but Moscow has lived up to their peace settlement after Finland fought alongside Nazi Germany to retrieve territory lost during the short but costly Winter War.

Nor is either applicant vital to American security. NATO expansion of late has turned membership into a matter of charity rather than security— most recently adding the picturesque movie set of Montenegro and name battleground of North Macedonia. The US shouldn’t be including more countries in the transatlantic alliance simply because it can. After all, who will be expected to help guard Finland’s 810-mile boundary with Finland? Hint: it won’t be Montenegro or North Macedonia.

The reality is that Russia does not pose a substantial security threat to the US. Moscow does possess the nuclear means to destroy America, but that would result in Russia’s demise as well. Hence both nations’ rush to ease the nuclear standoff after the Cold War. The prospect of mutual destruction is why Biden officials have sought to avoid a clash over Ukraine.

Washington and Moscow have no other significant disputes threatening conflict. As is evident in Ukraine, Russia’s conventional power falls far short of America’s. Although the two governments compete in various regions of the world, the disputes—such as Venezuela and Syria—are of peripheral interest and might be settled if the broader relationship was less contentious. In cases such as Iran, Afghanistan, and North Korea there is potential for, and sometimes has been, cooperation.

Thus, NATO has nothing to do with protecting the US from Russia. And given Europe’s capabilities, the alliance no longer is about helping a desperately weak continent deter a ravenous communist aggressor. As such, adding NATO members undermines American security by expanding US military commitments and adding potential causes of war.

Alas, the administration’s enthusiasm for expanding the transatlantic alliance appears to stem mostly from the anti-Russian symbolism. Although the administration dismissed Putin’s opposition to the possible addition of Kyiv, Biden officials enjoyed the irony of Putin achieving the opposite result that he desired. Alas, the ongoing war is a high price to pay for such a dubious “benefit.”

Adding new members is not in America’s interest. Although Finland and Sweden, unlike Ukraine, are unlikely to trigger conflict with Moscow, their addition to NATO is likely to further poison America’s (and the continent’s) relationship with Russia. Putin is an odious character and his attack on Ukraine is a terrible crime, but treating Moscow as a larger, better armed North Korea, and launching a new Cold War, one in which most of the world other than Europe claims conscientious objector status, is not in America’s interest. Russia ultimately will need to be reintegrated into the international system, which will not be made easier by inflaming Moscow’s already well-developed, and not entirely unjustified, paranoia.

Washington’s job is to protect the US, not wealthy, spoiled allies who believe they are entitled to forever live at Americans’ expense. Policy toward Ukraine and NATO should be based on protecting this nation—its people, territory, liberties, and prosperity. The Biden administration is sleepwalking toward a much larger and more destructive war, which would be disastrous for all.