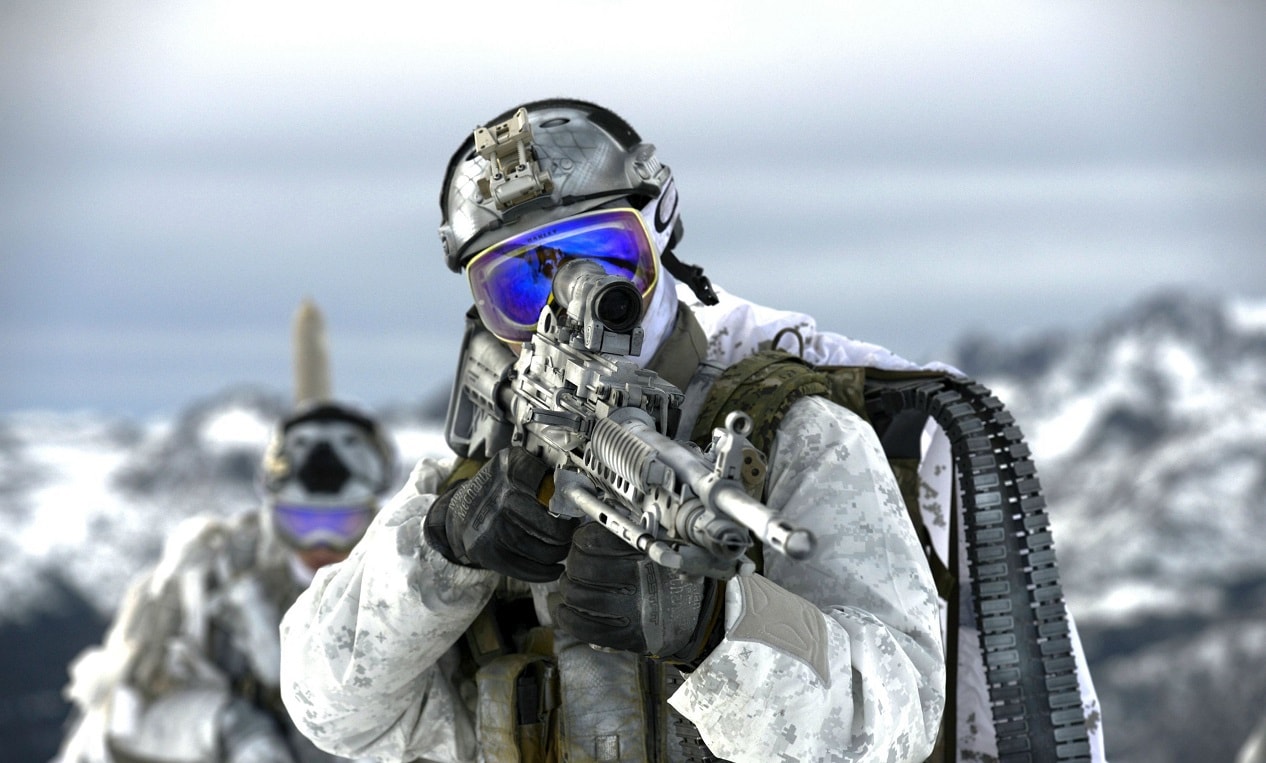 US special forces are getting ready for war in the coldest of places – With near-peer warfare back on the agenda, US special operators are focusing their training on environments where they are highly likely to find themselves engaged.

The frigid Arctic is one of those environments, and Navy SEALs and Special Warfare Combatant-Craft Crewmen operators, Green Berets and elite aviators from the Army, and Air Commandos recently spent almost a month training in it.

From late February to mid-March, conventional and special-operations units got together for Arctic Edge 22, the US military’s flagship Arctic warfare exercise.

Operators from across the US special-operations community joined conventional forces and local, state, and federal law-enforcement in Alaska.

One of the most interesting parts of training the SEALs did was a free-fall jump into an ice flow in the Arctic Ocean and link up with USS Pasadena, a Los Angeles-class attack submarine taking part in the biennial Ice Exercise.

The special-operations aspects of the exercise was overseen by US Special Operations Command North, led by Brig. Gen. Shawn Satterfield.

Satterfield highlighted that special operators not only trained for specific mission sets but also developed relationships with local communities, including Alaskan natives, to gain “knowledge from their techniques, practices and procedures on how they succeed in the cold weather.”

Competing in the Arctic

As the Arctic becomes more accessible, it is taking on renewed importance for US national security.

As a result, US special operations have been training inside the region and outside of it in order to get more familiar with the conditions they will encounter there.

One of their training methods has been the Special Operations Winter Mountain Operator Course, which is conducted twice a year in Colorado.

The course is open to all special-operations units but is mainly attended by Green Berets from the 10th Special Forces Group, which has Europe as its area of responsibility.

True to its name, SOWMOC focuses on mountain and winter warfare. Participants learn winter-warfare survival skills, such as how to navigate in snowy conditions, and small-unit tactics for an Arctic setting, as well as how to infiltrate and exfiltrate winter-warfare environments using skis, snowshoes, and snowmobiles.

The US is not the only country with a security interest in the Arctic, and US special operators are not alone in their efforts there.

“Our partners and allies are absolutely critical and foundational to our mission at SOCNORTH. We train and coordinate with Canadian SOF routinely and Danish Special Operations observed Arctic Edge this year,” Satterfield said.

The rich resources and more direct maritime routes in the Arctic Circle and the melting ice that is making them more accessible are turning the Arctic prime geopolitical real estate.

The US shares the region with six close allies and partners — Canada, Denmark, Norway, Finland, Sweden, Iceland — and one of its major foes, Russia. China has also shown interest in the region, describing itself as a “near-Arctic” state and sending observers to meetings of the Arctic Council, which is made up of those eight countries with Arctic territory.

Amid intensifying competition with Russia and China, the US military’s interest in the Arctic — and its preparations to fight there — will only increase.

“We want to partner with allies that have interest in protecting our lands and approaches in the Arctic. Partnerships are critical in building all-domain awareness across US Northern Command’s area of responsibility,” Satterfield said.