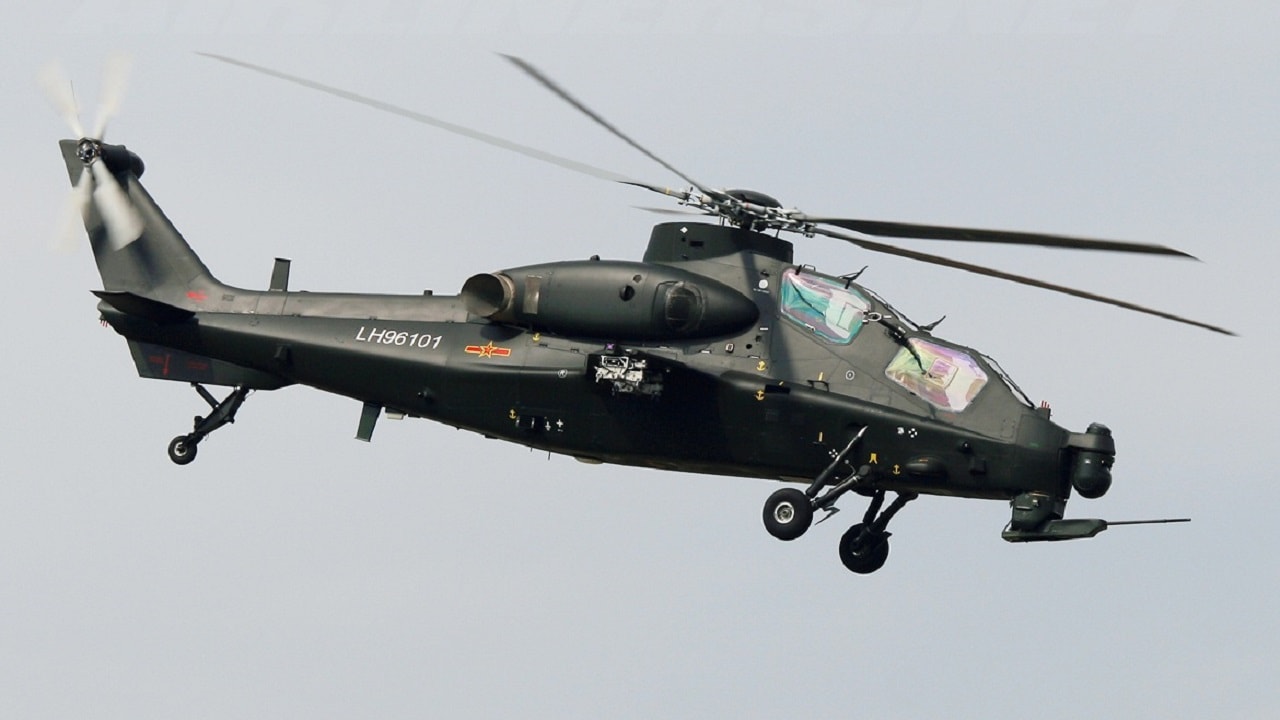 The CAIC Z-10 medium attack helicopter, which is designed primarily for anti-tank warfare missions but has a secondary air-to-air capability was not the only craft to cross the ADIZ. A pair of PLA Ka-28 Helix anti-submarine warfare (ASW) helicopters also crossed into Taiwan’s ADIZ. It remains unclear if the sorties by the rotary aircraft were coordinated.

While PLA aircraft often cross into the ADIZ, crossing the median line is not a common occurrence. The last such incident took place on September 19, 2020, TheDrive reported. That event involved Chinese J-16, J-10 and J-11 fighters. It coincided with the visit to Taiwan by U.S. Under Secretary of State Keith Krach. Most times Chinese aircraft fly near the median line and into the southwestern portion of the self-governing island’s ADIZ.

As The Drive also reported, the recent “routine Taiwan Strait transit” by the United States Navy’s Ticonderoga-class guided-missile cruiser USS Port Royal (CG-73) may have been the particular trigger for the PLA’s brazen display. It was the first time a U.S. Navy cruiser has passed through the waters since early 2020.

The deployment of the Z-10 only served to highlight the importance of such aircraft in any potential invasion of Taiwan, which Beijing maintains is a breakaway province that will be returned to mainland control – and by force if necessary.

The Changhe Aircraft Industries Corporation (CAIC) Z-10 “Fierce Thunderbolt” is the first type of attack helicopter domestically developed by China, and it has been commissioned by the PLA in large numbers in recent years.

According to data from the Chinese state-run Global Times, the helicopter has a range of 1,120 kilometers (695 miles) and it can carry about 5,100 kilograms (11,243 pounds). The medium attack helicopter is equipped with four external hardpoints that can carry air-to-ground and air-to-air missiles, as well as rockets. The Fierce Thunderbolt can be armed with up to 16 anti-tank missiles, four 7-barrel multiple rocket launchers or two 32-barrel multiple rocket launchers, depending on the mission requirements.

It is also equipped with a 32mm caliber revolver gun.

When used to attack tanks, a standard group of four Z-10s could be equipped with 32 anti-tank missiles, eight 57mm caliber multiple rocket launchers and four guns, which is believed to be enough to wipe out three tank companies. In addition, the Z-10 could be armed to launch the 50 kilogram TY-90 air-to-air missile to take out hostile helicopters.

The PLA helicopter has been described as a flying tank, and it is equipped with armor made of composite materials that have a protective capability that reportedly surpasses even the strength of titanium alloy or steel.

Development of the tandem-seat Z-10 began in the mid-1990s, and it took to the sky for the first time in 2003. There are now more than 150 of the highly capable helicopters are now in service with at least five PLA aviation regiments.