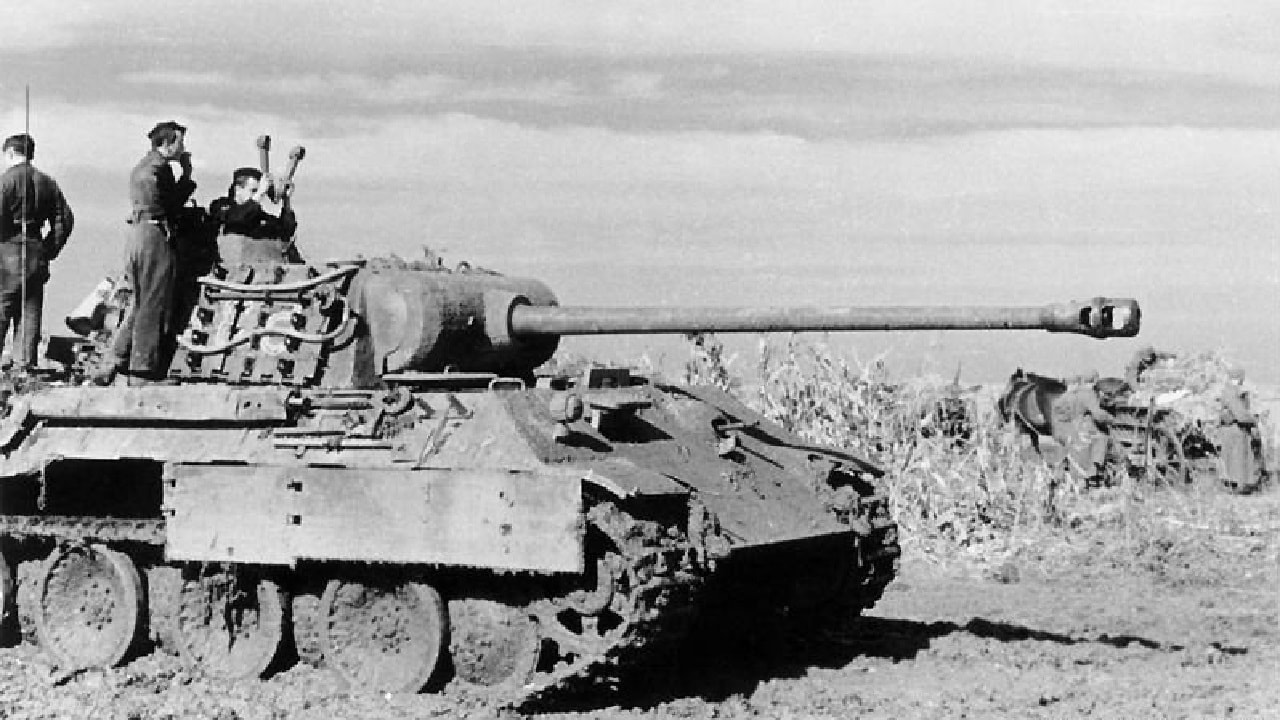 The Panther: Was this Hitler’s best WWII tank built to fight Russia? In August 2021, an 84-year-old man in Germany was convicted of illegal weapons possession and was fined nearly $300,000 along with a suspended prison sentence of 14 months. The man, who was a life-long militaria collector, had stored a World War II-era Panther tank in the basement of his home in Heikendorf in Northern Germany.

While his defense team had argued that the tank’s 75mm main gun was no longer functional, he hadn’t actually broken Germany’s War Weapons Control Act, yet the prosecutors were able to convince the court that the weapons could still be used. As a result, on August 2, the man was ordered to sell or donate the tank – as well as an anti-aircraft cannon also in his possession – to a museum or licensed collector within the next two years. It had taken a team of 20 Bundeswehr soldiers nearly nine hours to remove the tank and other military hardware from the unnamed man’s home.

This was a significant find, as there are less than two dozen surviving examples of the World War II Panther tank, and of those only six are operational. The example in the UK’s Tank Museum – considered the best museum of armored vehicles in the world – actually has an example that was produced in the German factory in Hannover under British supervision following the Second World War.

Developed to Confront the T-34

In the closing months of 1941, it had become clear to the German General Staff that its tanks were outclassed by the Soviet Red Army’s mighty T-34.

Even the Panzer IV, which was Germany’s mostly numerously-produced tank and heaviest front line tank in service at the outbreak of the war, proved no match for the Soviet tank. Tank-vs.-tank classes during the 1941 invasion had demonstrated that a new design was urgently needed to counter the T-34, and the Panzer V program became a priority.

The design was rushed into production before testing was even completed. The result was the formidable Panzer V, which became known as the Panther. Widely considered to be one of the best tanks developed during the Second World War, it wasn’t without some teething problems, however, when it was first deployed in combat. Its shortcomings were demonstrated in the battles around Kursk in 1943, where the tank often broke down in the harsh Russian terrain.

Improved versions of the Panther eliminated most of the mechanical troubles, and it fulfilled the requirements needed by the German Army for a tank with a powerful gun, good mobility and good armor protection.

The main armament of the Panther was the long-barreled 75mm (2.95-inch) gun, while secondary weapons consisted of three 7.92mm MG34 machine guns including one coaxial, on-anti-aircraft and one hull front. Seventy-nine rounds of ammunition for the main gun could be carried within the tank.

The 44.8-tonne tank was a true behemoth. It had a crew of five including a driver, radio operator/hull machine gun, gunner, loader, and commander. Three of the crewmen were positioned in the massive turret. The tank was produced in armor ranging in thickness from 1.2 to 4.3-inches.

The Panther was powered by a Maybach HL 230 12-cylinder diesel developing 522kW, which provided 700 horsepower. The tank had a top road speed of 29mph and a range of 110 miles.

It was also noted for having a suspension system that was far more complicated than that of the Russian T-34. It had torsion bars and 18 overlapping road wheels on each side. Wide tracks helped spread the Panther’s weight when traveling over soft ground.

An improved version – the Panther Ausf G variant – also was provided with additional armor protection and an improved power train with better exhaust handling, but production of all models of the Panther was slow and there were simply never enough of them to make a serious difference in the fighting in Russia, Italy or northwest Europe.