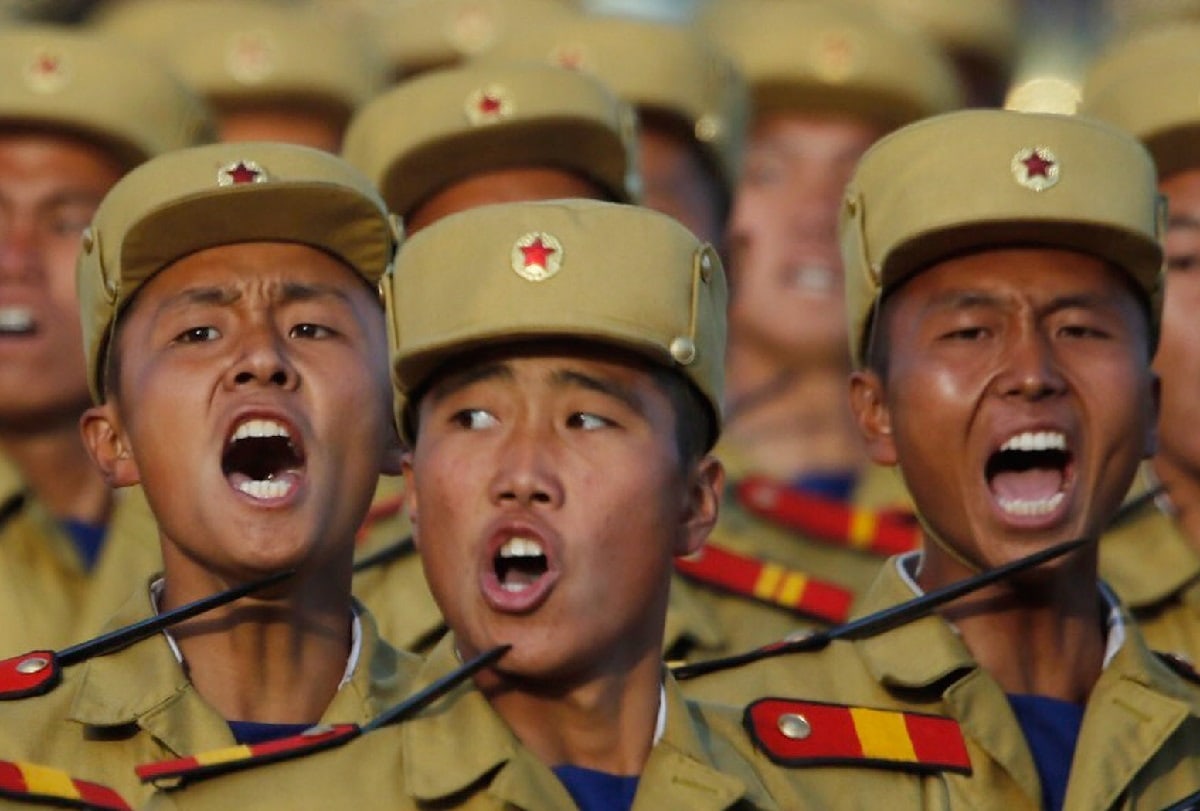 A COVID-19 outbreak has occurred in North Korea and a million people or more could be infected. The regime has admitted that the disease is spreading rapidly. It has called it a ‘great crisis.’ Given the country’s poor healthcare, COVID-19 will almost certainly spread rapidly and claim many victims. The suffering will be terrible given the lack of complex medical equipment such as ventilators and intensive care beds. Indeed, it is likely that even basic masks will be broadly unavailable.

North Korea is often most newsworthy for its weapons of mass destruction program. We worry about its various missiles and weapons, whether it will proliferate them, use them in a conflict, and so on.

But we often miss how North Korea is otherwise an underdeveloped country. It is akin to Helmut Schmidt’s notorious description of the Soviet Union as ‘Upper Volta with missiles.’ North Korea, like the USSR, has a massive military but is otherwise a failed state. It is deeply corrupt. It is administered poorly, especially outside the capital Pyongyang. Its state does very little service provision for its people. Infrastructure, health care, schooling, environmental protection, and so on are at underdeveloped country-standard.

Testimonials from defectors – North Korean escapees in South Korea and elsewhere – have long since made this very clear. Even as a tourist to North Korea – exposed to the best the country has to offer – you can immediately see the infrastructure failures – terrible roads, brownouts, brown water/no hot water, dilapidated buildings, washed-out bridges, and so on. In the small towns of the countryside, it is so much worse.

COVID-19 has been a unique global moment. It has stress-tested social systems in a uniform manner around the world, revealing disturbing inequalities in many societies. Wealthy societies, for example, saw an uncomfortable cleavage between professional information workers who could simply take their jobs home in safety, and poorly paid mail and delivery workers routinely exposed to COVID in the jobs. In North Korea, the revelations will be even starker.

North Korea is very poor. Its economy is only around thirty billion US dollars. So there is not much money to go around for its twenty-six million people. (Those numbers are guesses; North Korea does not provide such statistics.)

Of that limited pool of economic resources, we believe approximately 25% goes to the military. (This too is a guess.) This leaves even less for the citizenry, and government devotes most of that to the cities, especially Pyongyang. One can see that unequal distribution in the famous photograph of North Korea at night, where Pyongyang is illuminated and the rest of the country is in darkness.

Unsurprisingly, our best measure of inequality in North Korea suggests it is one of the most unequal places in the world. The Kim regime basically sucks resources out of the countryside – particularly at harvest time – and returns very little. Rural North Koreans are mostly on their own. (Defector literature really drives this point home.)

So, it is no wonder COVID will cut through the country like a scythe. North Korea is appallingly governed and grossly unequal. Its infrastructure is neglected, and its military absorbs a shockingly high amount of state spending. There will be no hospitals – except for elites – with anything remotely like what is necessary for a catastrophe of this scale.

Worsening this situation is poor internal preparation and the regime’s relentless refusal to interact normally with the modern economy. The anti-COVID tools – vaccines, PPE, ventilators – are there on the outside, but North Korea’s politics stand in the way.

Most notably are the sanctions on the country for its WMD. North Korea has routinely twisted external assistance to support the army, the regime, or its WMD programs. The regime has resisted accountability mechanisms on aid, which has made donors wary. No one wants assistance to simply be stolen by the generals. And the sanctions pressure is our best tool to push the North toward WMD negotiations. If we roll them back, even temporarily to help Pyongyang grapple with covid, that will be evidence to the North that if they hold on long enough, we will eventually tire and drop the sanctions. This will be a challenging dilemma if the outbreak turns into an existential crisis.

North Korea also has a long tradition of trying – and failing – to do things itself rather than simply importing what works. It also often rejects aid as an insult to its ‘national dignity.’ It is central to North Korean ideology that it is not the poorer, weaker ‘little brother’ to South Korea, but the real Korea, or at least a peer equal. It is not clear how North Korea will respond to foreign offers of vaccines and other assistance. It might instead choose China’s track of extreme lock-downs. Indeed, that seems to be the drift of policy.

COVID will illustrate, yet again, the brutality and incompetence of the North Korea. The regime will ignore the masses of dying rural people at the bottom. It will politicize aid offers for strategic advantage. It will not divert funds from the army or WMD to build more rural hospitals. Just as covid illustrated failures in other countries, it will here too, savagely. It will be one of the worst outbreaks in the world, and regime elites will take no remedial action beyond saving themselves and the system they benefit from.