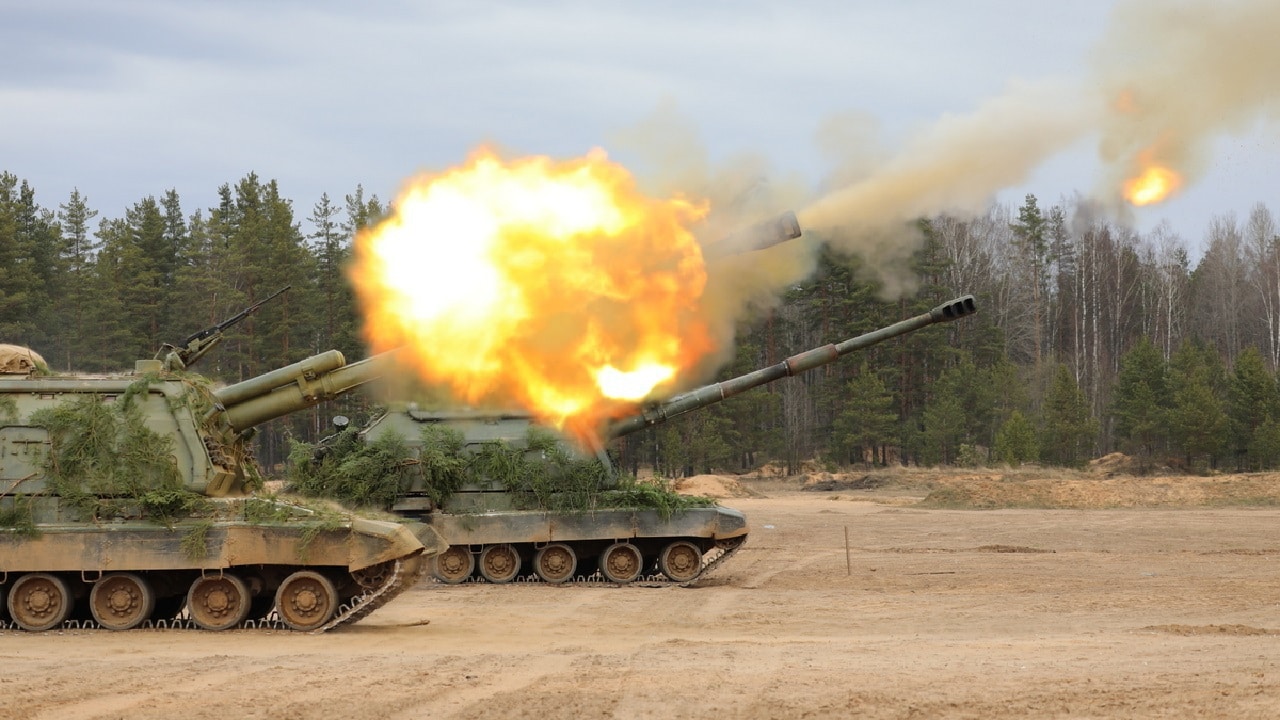 As the war enters its 90th day, Russian forces in eastern Ukraine have launched all-out attacks in the Donbas region to encircle Ukrainian forces and secure control over the entire Luhansk province.

Severodonetsk, the largest city under Ukrainian control in Luhansk province, Lysychansk, and Rubizhne, have come under intense artillery and missile fire from Russian forces. Severodonetsk (east) and Lysychansk (west) sit on opposite banks of Siversky Donets River. The Russians are attacking from three sides to encircle and eliminate Ukrainian resistance.

Ukrainians Continue to Hold Out

At the outset of the war, most military analysts believed that Russia would easily roll over the vastly outnumbered Ukrainian forces, seizing the Donbas within hours and the major cities of Kharkiv and the capital of Kyiv within days. But that hasn’t come close to happening. The Ukrainian military has fought the Russians to a standstill.

The objectives for the war have now shifted to much smaller goals. Yet, if they were able to oust the Ukrainians from Luhansk, it would be touted by the Russian military as a major, if very costly, victory.

Serhiy Gaidai, governor of Luhansk, said that this swath of territory is the last Ukrainian-held area in the province.

“The enemy has focused its efforts on carrying out an offensive in order to encircle Lysychansk and Sievierodonetsk,”  Gaidai said.

“The intensity of fire on Severodonetsk has increased by multiple times, they are simply destroying the city,” he added in a televised statement saying that 15,000 residents are left in the city, from a prewar population of 100,000.

The British Ministry of Defense issued its daily intelligence assessment and stated that Russian forces looking to encircle Ukrainian troops in the “Severodonetsk pocket” had made some small, localized gains due to massed artillery fires. However, they were facing stiff Ukrainian resistance in well-prepared and dug-in defensive positions. “The northern and southern axes of advance were separated by just 25km of Ukrainian-held territory.

“Ukraine’s long-established Joint Force Operation likely retains effective command and control of this front,” it added. “Russia’s capture of the Severodonetsk pocket would see the whole of Luhansk Oblast placed under Russian occupation. While currently Russia’s main effort, this operation is only part of Russia’s campaign to seize the Donbas.”

The UK MOD final assessment noted that “If the Donbas front line moves further west, this will extend Russian lines of communication and likely see its forces face further logistic resupply difficulties.” Both of those factors have been a major difficulty for the invasion since the conflict’s late February onset.

In other news, the Russians, facing further sanctions from the West, are turning to other avenues, mainly China, for imports to ease the burden on its teetering economy from the sanctions.

Foreign Minister Sergei Lavrov said Moscow would “seriously consider” whether it even needs to re-establish relations with the West.

“If they want to offer something in terms of resuming relations, then we will seriously consider whether we will need it or not,” he said, adding that Moscow should not be “dependent on the supply of anything from the West to ensure the development of critical industries for the security, economy and social sphere of our motherland.”