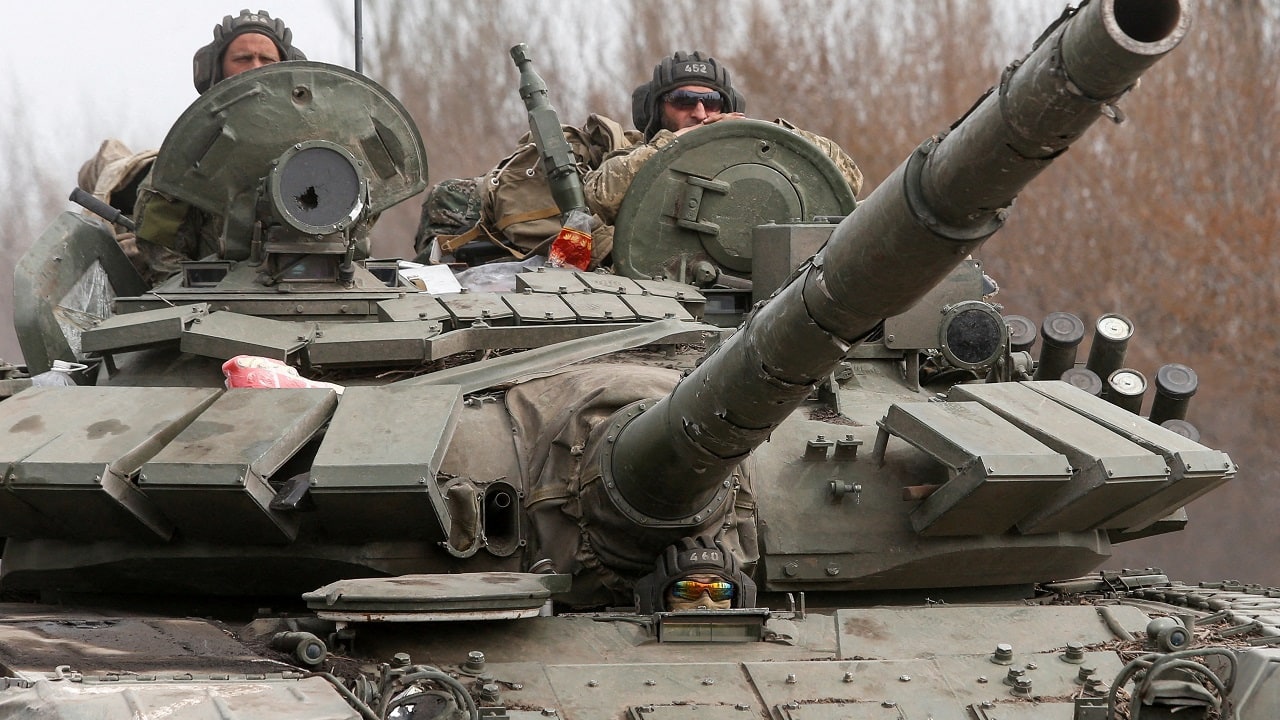 Service members of pro-Russian troops drive a tank during Ukraine-Russia conflict on a road outside the southern port city of Mariupol, Ukraine April 10, 2022. REUTERS/Alexander Ermochenko/File Photo

Ukraine Says Russia is Desperately Hiding True Death Figures – This week, the Security Services of Ukraine revealed that an intercepted phone call exposed how Russia is desperately trying to hide the actual number of Russian soldiers and Ukrainian civilians killed in the conflict in Ukraine.

According to the Ukrainian Security Services, an invading Russian soldier can be heard on the call talking about “makeshift dumpsites” where there are so many corpses piled up that they are around 6 feet high.

“It’s not a morgue, it’s a dump,” the soldier said. “They were just lying one on top of another, it was a dump as tall as a man.”

The soldier, who reportedly sounded tired and dispirited, described how he heard about the mass graveyards from the wife of a soldier who was first reported missing and eventually found at the so-called “dump.”

The wife said that thousands of bodies had been disposed of at the site and that Russians were saying that deceased soldiers left on the site were simply “missing in action.”

Russia Has a Problem – How Many Have Died?

The true number of Russian soldiers killed in the war with Ukraine is unknown, and will likely never be known thanks to the Kremlin’s efforts to hide the figure.

Estimates vary, but reports at the end of April indicated that as many as 25,900 Russian soldiers could have died so far. The number actually came from the same intercepted phone call that revealed how Russia hid the true number of deaths by declaring soldiers missing.

The number was similar to the estimate of 22,800 soldiers offered by Ukraine. The estimate, which was released last month, also suggested that 2,389 armored personnel vehicles, 431 artillery systems, 151 multiple launch rocket systems, and 970 Russian tanks had been destroyed.

As for Ukrainian civilians, the number is also unknown but will likely eventually be determined once the war comes to an end. According to the United Nations Human Rights Monitoring Mission, a total of 7,061 civilian casualties have been verified so far. Among those casualties were 3,381 deaths.

The number, however, is likely to be significantly higher.

“Overall, to date, we have corroborated 7,061 civilian casualties, with 3,381 killed and 3,680 injured across the country since the beginning of the armed attack by the Russian Federation. The actual figures are higher and we are working to corroborate every single incident,” UN spokeswoman Matilda Bogner told a press briefing in Geneva, Switzerland this week.

“We have been working on estimates, but all I can say for now is that it is thousands higher than the numbers we have currently given to you,” Bogner added about Russia’s causality figures.