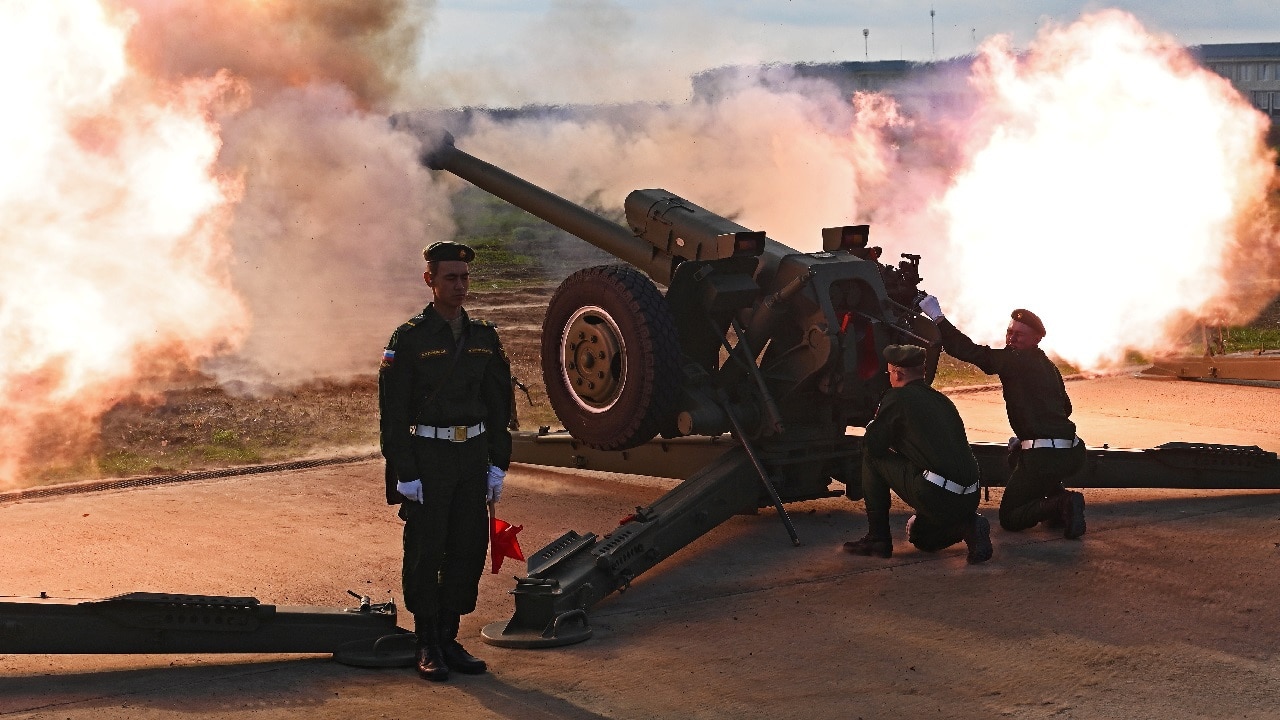 Russian servicemen fire an artillery piece during exercises ahead of the Victory Day celebrations, at a range in Rostov Region, Russia April 28, 2020. REUTERS/Sergey Pivovarov

Zelenskyy Appeals for Maximum Sanctions Against Russia – In a virtual address at the World Economic Forum in Davos, Ukrainian President Volodymyr Zelenskyy called on the world to implement “maximum” sanctions against Russia in response to the invasion of Ukraine.

Zelenskyy insisted that the world needed to do more to stop Russian aggression in Ukraine, suggesting that countries should introduce an oil embargo, block all Russian banks, and end trade with Russia entirely.

“This is what sanctions should be – they should be maximum, so that Russia and every other potential aggressor that wants to wage a brutal war against its neighbor would clearly know the immediate consequences of their actions,” Zelenskyy said in Ukraine, through a translator.

Zelenskyy also insisted that Ukraine needs $5 billion per month in funding to maintain its defense from Russian soldiers in the east of the country.

“The amount of work is enormous: we have more than half a trillion dollars in losses, tens of thousands of facilities were destroyed. We need to rebuild entire cities and industries,” the Ukrainian president said.

What is the World Economic Forum?

The World Economic Forum is an international lobby organization founded by controversial German economist Klaus Schwab. The organization brings together world leaders, business leaders, economists, and other big names every year at a mountain resort in Switzerland called Davos.

The luxurious resort hosts attendees between January 17 and 21, and this year focuses on everything from “digital inclusion” to “sustainable Foreign Direct Investment.”

What Sanctions Are Left for Russia?

Earlier this month, the United States unveiled a number of new sanctions against Russia that targeted the country’s defense industry, media, and services. The U.S. also doubled down on existing sanctions, making it harder for Russian financial institutions and individuals to evade sanctions imposed over the last few months.

Among the new sanctions was a ban on sales of all American services to Russia, from management consultancy to accountancy. U.S. businesses will also no longer be able to advertise on Russia’s three state-run TV stations.

Technology export bans were widened, too, ensuring that no bulldozers, industrial engines, or similar items can be sent to Russia and used in weapons factories.

A senior official from the Biden administration said that the new sanctions, and possible future sanctions, will focus on U.S. service providers who have been asked by Russian companies to help them reconfigure their businesses to avoid sanctions.

“They’ve been asked by Russian companies to help them figure out how to reformulate their business strategies in the wake of sanctions, in some cases how to get around these sanctions, or in the case of accountants how to hide some of their wealth, and we’re shutting that down,” the official said.

If the U.S. and NATO want to implement new sanctions against Russia, they will likely take the form of new measures designed to block sanctions evasion.