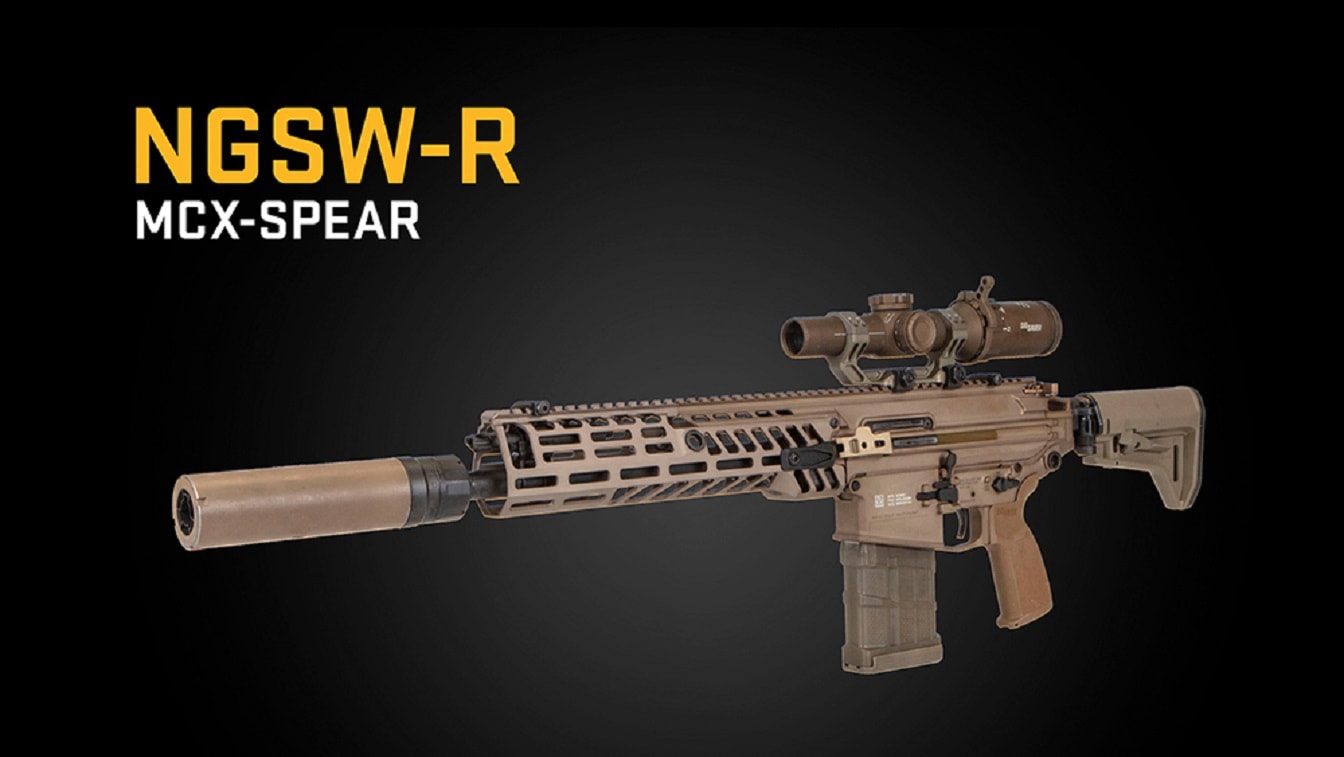 The XM5 rifle will replace the M4, which entered service in 1994 and is essentially a shorter and lighter variant of the M16A2 assault rifle. The XM250 automatic rifle will take on the role that the M249 light machine gun has fulfilled since 1984. The Army’s NGSW prototyping and evaluation included technical tests and soldier touchpoints, and it also considered prototypes from General Dynamics Ordnance and Textron Systems.

Sig Sauer will now provide the U.S. Army’s main battle rifle, light machine gun, and handgun. The company won the Army’s XM17 modular handgun system competition in 2017 to produce the M17 and M18 handguns. The Sig Sauer service pistols derive from the company’s P320 platform. They have since been adopted by the U.S. Navy, Marine Corps, Air Force, and Space Force, as well as the Army. The pistols replaced the Beretta M9, as well as several other handguns across the services.

The M17/M18 will be chambered in the same 9x19mm Parabellum round as the M9. The XM5 rifle and XM250 light machine gun, on the other hand, will be chambered in the newly developed 6.8mm cartridge. This cartridge falls between the 5.56mm NATO round, which is used in the M4 and the M249, and the 7.62mm NATO round that the M240 machine gun uses. The 6.8mm round is touted as having greater lethality at distances in the effective range of the 5.56mm round, as well as better accuracy than the 7.62mm cartridge.

According to Sig Sauer, its SIG 6.8×51 FURY hybrid ammunition uses a patented lightweight metallic case designed to handle greater pressures than conventional ammunition can. This results in dramatically increased velocity and on-target energy in lighter weapons.

“The SIG-LMG lightweight belt-fed machine gun and SIG MCX-SPEAR Rifle are purpose-built to harness the energy of the SIG FURY 6.8 Common Cartridge Ammunition, enabling greater range and increased lethality while reducing the soldier’s load on the battlefield,” the company claims. “Both the SIG-LMG and MCX-SPEAR deliver significant weapon and technology advancements to the soldier and provide a solution for battlefield overmatch in comparison to the current M249 and M4/M4A1.”

The Virginia-based firearms maker was initially established as a subsidiary of the German company Sig Sauer GmbH. The company also developed the SIG SLX suppressor for use with the next generation squad weapons. Designed to reduce harmful gas backflow, sound signature, and flash, the suppressors feature a patented quick-detach design for easy install and removal.

Sig Sauer will initially produce weapons and ammunition for testing under a $20.4 million initial delivery order.