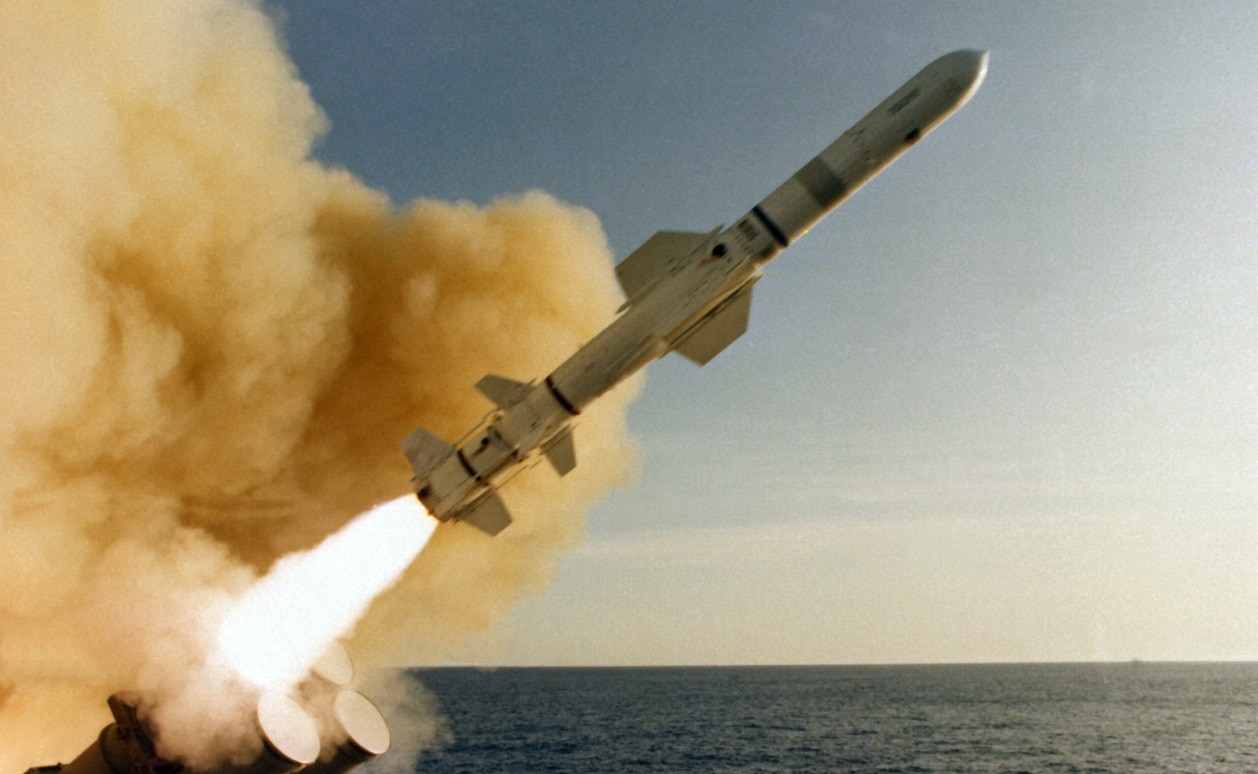 A view of an RGM-84 surface-to-surface Harpoon missile, immediately after leaving a canister launcher aboard the cruiser USS LEAHY (CG-16), near the Pacific Missile Test Center, Calif.

In the coming weeks, the Russian Navy’s Black Sea Fleet may want to steer well clear of the Ukrainian shore – as Denmark announced on Monday that it would supply Harpoon anti-ship missiles and a launcher to Ukraine. The U.S.-made Harpoon could greatly enhance Kyiv’s capabilities to strike Russian warships in the Black Sea.

The all-weather, over-the-horizon, Harpoon was developed by McDonnell Douglas – now Boeing Defense, Space & Security – and it utilizes active radar homing to fly just above the water and evade defenses. It is unclear which model Denmark is sending to Ukraine, but it is reported to be the RGM-84L-4 Harpoon Block II, which are also capable of hitting targets in port and on land with an upgrade from Boeing Advanced Harpoon Weapon Control Systems.

Those anti-ship missiles could be used to help push Russian warships away from Ukraine’s Black Sea ports, which could allow for exports of grain and other agricultural products to resume.

This week, U.S. Defense Secretary Lloyd Austin told reporters that he was “especially grateful to Denmark which announced today that it will provide a Harpoon launcher and missiles to help Ukraine defend its coast.”

While several nations have shown willingness to send the Harpoons to the Ukrainians, it seemed that no government wanted to be the first to actually supply the weapons, possibly fearing reprisals from Russia if one of its warships were to be sunk with a Harpoon from their respective stockpile.

It was just last month that Ukrainian forces successfully sunk the Black Sea Fleet’s flagship Moskva, a Project 1164 guided-missile cruiser that was considered the most powerful warship in the Black Sea region. The vessel was reportedly hit by two Ukrainian R-360 Neptune anti-ship missiles – while Russia claims it was sunk in stormy seas after a fire. The subsonic R-360 is based on the Soviet Kh-35 anti-ship missile, with substantially improved range and electronics.

The Harpoons could help bolster Ukraine’s defenses on the Black Sea, especially as its domestically-made Neptune anti-ship missiles are reportedly in short supply.

“This is an important and measured step to increase the Ukrainians’ capability and operational intensity against the Russians,” Tom Karako, a senior fellow at the Center for Strategic and International Studies and the director of the Missile Defense Project told Reuters, adding that the weapons “will hold at risk high-value Russian ships attacking Ukraine from the Black Sea or elsewhere.”

Karako also suggested that as Ukraine begins to operate the Harpoon anti-ship missiles, it may have to rely on other nations for targeting data to use the systems effectively against Russian warships at longer ranges.

The Harpoon anti-ship missiles could also threaten the logistics hub for the Black Sea Fleet in Sevastopol, which would make it all the more difficult for Russia to rearm after missile strikes on land targets in Ukraine.