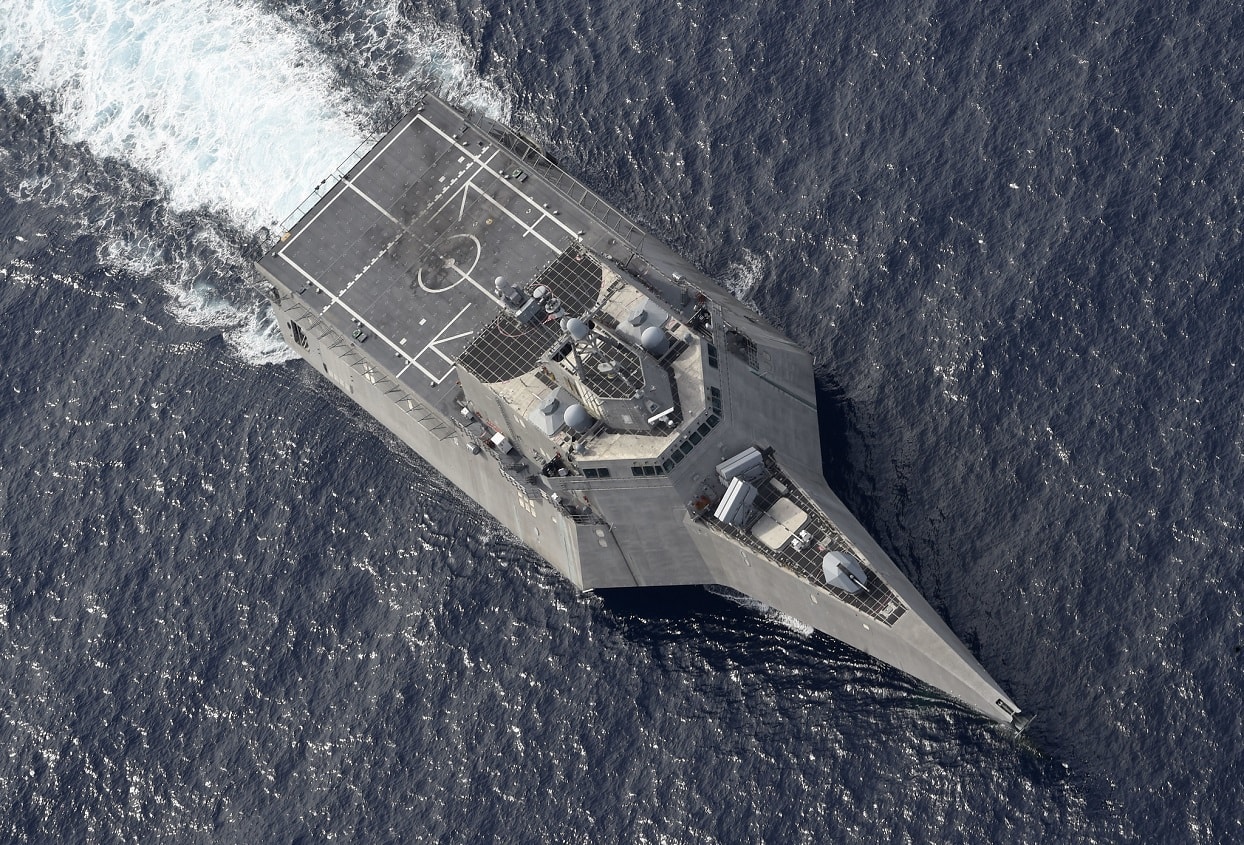 Littoral Combat Ship: What happens now? By the end of the Second World War, the United States Navy had become the largest in the world – yet soon after the conflict ended, many of its warships were retired and later sold for scrap. However, a number of destroyers and even cruisers were sold to nations in South America.

This included the Brooklyn-class cruiser USS Phoenix, which was sold to Argentina and renamed ARA General Belgrano. She was sunk 40 years ago during the Falklands War, and until the sinking of the Russian warship Moskva last month, General Belgrano was the largest warship lost in combat since World War II.

In addition, the former USS Brooklyn renamed Bernardo O’Higgins in honor of one of Chile’s founding fathers, served in the Chilean Navy until 1992.

The nations of South America clearly put those retired U.S. warships to good use, and soon could have another chance to acquire a few modern vessels at a good price. South America largely lacks the capabilities to build warships and traditionally looked to Europe. That led to a naval arms race in the continent prior to the outbreak of the First World War, while during the Cold War those nations sought to acquire used but reliable retired vessels from the United States, the UK, and France.

The next group of ships potentially headed south could be the U.S. Navy’s Littoral Combat Ships (LCS), the vessels that were developed during the Global War on Terror (GWOT) to operate in near-shore or littoral waters – but now seem ill-suited to a conflict with a near-peer adversary such as China or Russia. With shifting priorities, not to mention the fact that the LCS program failed to deliver on its promised potential, the U.S. Navy has sought to retire up to nine of the small but fast-moving vessels.

Instead of scrapping them, the Navy has proposed giving them to allies and regional partners.

“There are countries in South America… that would be able to use these ships that have small crews and so instead of just considering scrapping as the single option, I think there are others that we can look at sir,” Chief of Naval Operations Adm. Michael Gilday said in response to a question from Sen. Jerry Moran (R-Kan.), while testifying about the service’s fiscal year 2023 (FY23) budget request to the United States Senate Appropriations Committee, BreakingDefense reported.

The warships would be well-suited to operations in the waters around South America, where they could be used to conduct counter-narcotics missions. In October 2021, the U.S. Navy announced the USS Sioux City seized almost 500 kilograms of suspected cocaine, which the service reported had “an estimated street value of over $20.7 million.”

That seizure followed an even larger one from April 2021, when the USS Freedom was deployed in joint anti-drug operations with the U.S. Coast Guard off the coast of Mexico. While operating in the U.S. Third Fleet waters, LCS-1 and embarked Helicopter Sea Squadron 23 identified and approached an illicit drug transport boat, and assisted the Coast Guard, which conducted a boarding, search, and seizure. More than 1,500 kilograms of cocaine were seized during the operation.

In this article:LCS, Littoral Combat Ship, Military, Navy, US Military, US Navy