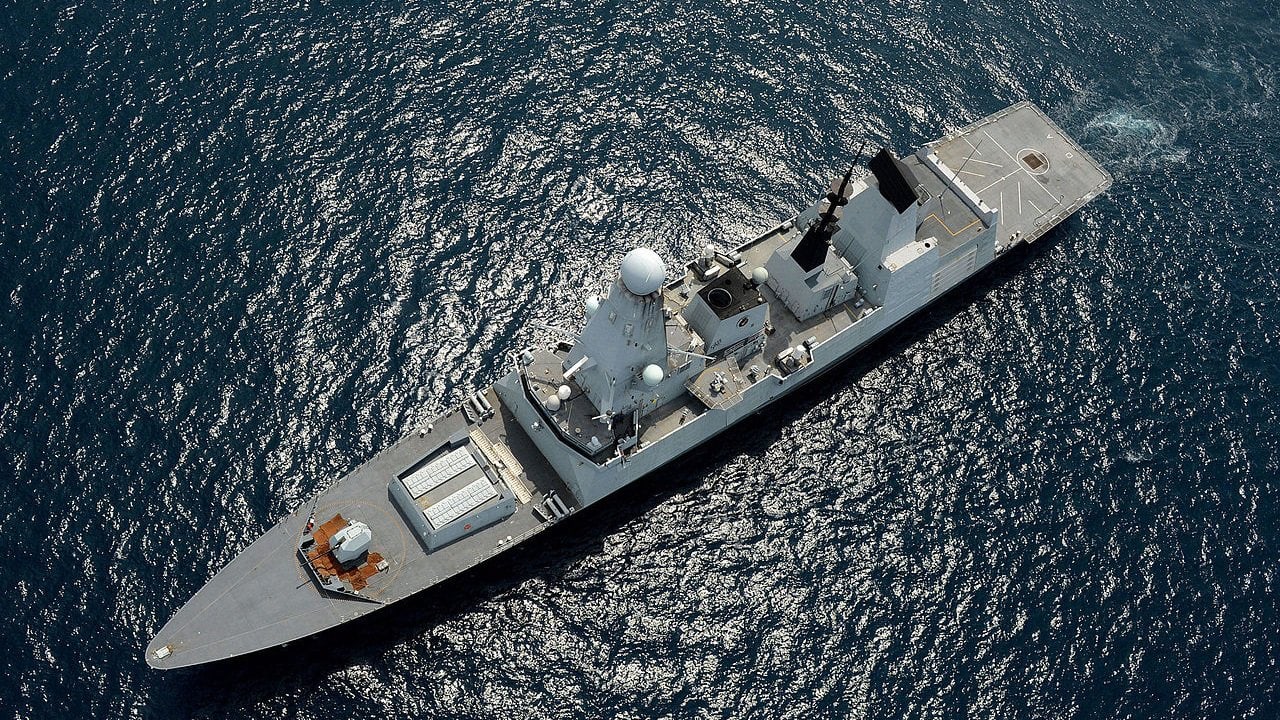 Royal Navy Type 45 destroyer HMS Daring in the South China Sea. The Royal Navy warship HMS Daring was on her way to assist the Philippines after the country suffered crippling devastation during Typhoon Haiyan.

In the early 1930s, Ukraine was the center of the Holodomor, also known as the Terror-Famine or the Great Famine, a man-made famine created by Joseph Stalin which starved millions. Now 90 years later, there are growing concerns that Russia’s unprovoked invasion of Ukraine could impact millions of people around the world. British Transport Secretary Grant Shapps warned this week that famine caused by grain and food shortages due to the invasion could result in more deaths than from the actual conflict.

In a meeting with his Ukrainian counterpart Oleksandr Kubrakov in Germany last week, Shapps discussed how the UK government could provide help to ensure that the grain can be transported safely from the region.

“I think it’s absolutely essential that we do, unless there could be a lot of hunger and indeed even famine that could dwarf the numbers involved in the war itself,” Shapps told reporters. “It’s hard to overestimate how much Ukraine was and is the breadbasket of the world.”

When asked if Royal Navy ships would be sent, he responded, “I can’t go into specific detail, there are a lot of complexities to this including mined waters near Odesa port, clearly the situation with Russia and (Vladimir) Putin and their approach to this could make that very difficult.”

Several British news outlets reported on Tuesday that plans are already underway that could see Royal Navy warships deployed to the Black Sea to ensure that there is no blockade of vessels carrying the grain. Other nations, including Egypt, which has been hit hard by wheat shortages, have expressed a willingness to take part in a multi-nation force to protect grain shipments.

The British government is now coordinating with its allies on a potential plan to send the warships to the Black Sea port of Odesa to provide the protective escort of ships exporting the Ukrainian grain.

Lithuanian foreign minister Gabrielius Landsbergis was reported to have discussed the creation of such a “protective corridor” from Odesa with British foreign secretary Liz Truss earlier this week. A “coalition of the willing” could be made up of NATO countries, as well as other nations reliant on the Ukrainian grain, including Egypt.

Landsbergis has accused Moscow of “holding hostage the vulnerable countries of the world” by not allowing Ukraine to supply them with enough food.

Russia’s invasion of Ukraine could hasten an impending global food crisis, as huge quantities of grain and other essential commodities have sat in storage as war rages on. Ukraine and Russia together currently export a third of the world’s wheat and barley and half of its sunflower oil, while Russia is a top supplier of fertilizer, which has surged in price since it launched its invasion in February.

The Kremlin’s forces have been accused of blockading Ukrainian ports, and the interruption of those affordable food staples from the region could threaten food shortages and political unrest in countries in Africa, the Middle East, and Asia.

Ukraine’s grain silos are now full, and there is nowhere to store the next harvest if the existing stocks can’t be shipped to market. As a result, Egypt, Lebanon, and Yemen are now seeing skyrocketing prices for wheat.

“[The blockade] is devastating. We are running out of ways to describe what might actually happen,” said Tomson Phiri, spokesperson for the World Food Programme, said in a recent interview. “The war in Ukraine is wreaking havoc at home and abroad. We have a major food crisis on our hands . . . Most of the deepest crises are, unfortunately, in Africa.”

The UN world food program chief David Beasley this week also condemned Russia for “a declaration of war on global food security” and accused Putin of “marching” hundreds of millions to starvation.