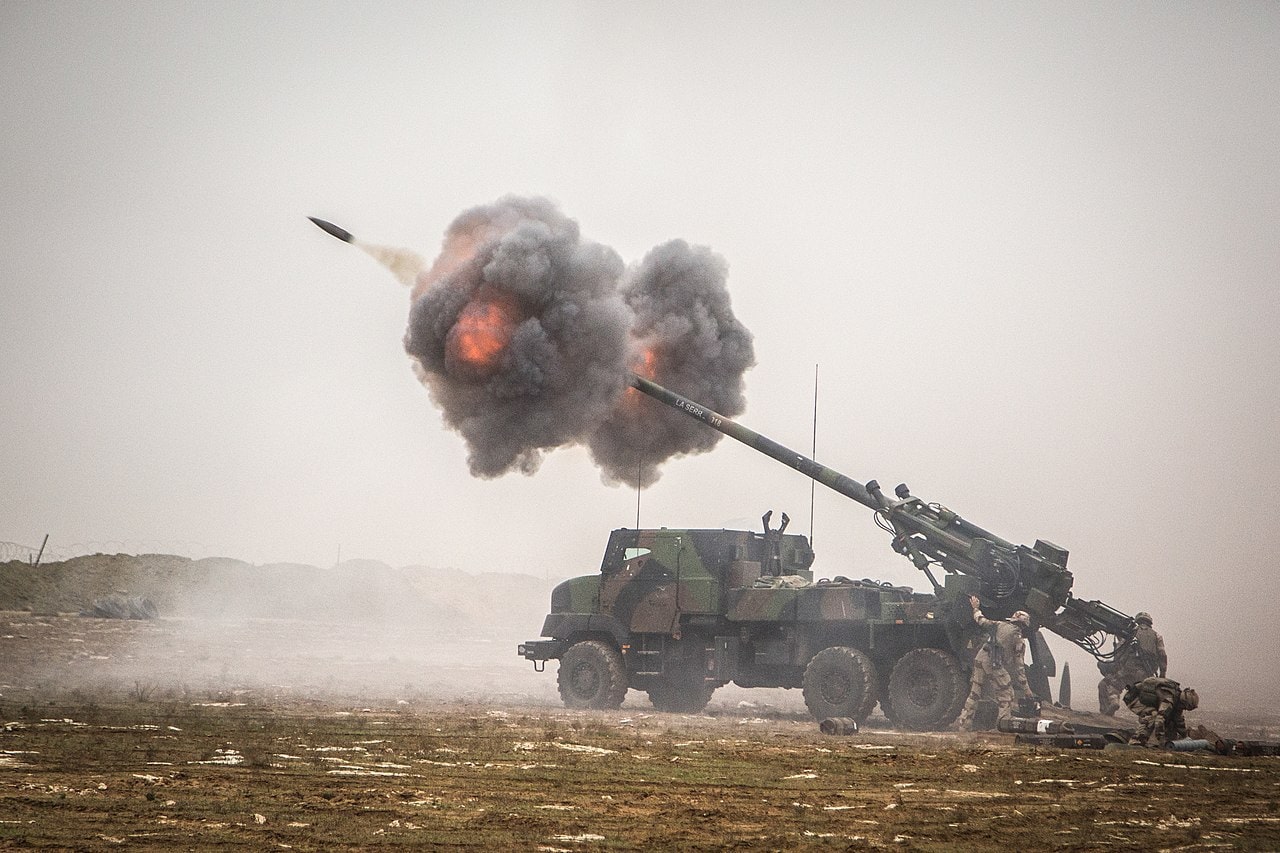 Most self-propelled howitzers are tracked vehicles. This is especially true of the older models of mobile guns that the Ukrainian army uses. But France has answered the call again. Paris is sending even more of the French CAESAR independently wheeled guns to Ukraine, all the better to shell Vladimir Putin’s forces. This is a long-tubed gun that fits on the rear of a large truck. Wheeled mobility means the CAESAR is faster on roads and is able to shoot and scoot in a manner that satisfies Ukraine.

In April, the French sent six CAESAR guns to Ukraine. By the end of May they had sent six more, fulfilling what French President Emmanuel Macron had originally promised. French Foreign Minister Catherine Colonna announced the latest donation of CAESAR systems on May 30.

The French army has used the CAESAR during combat deployments to Iraq and Mali. Now, the self-propelled guns are making a difference on the battlefield in Ukraine. The systems are already eliminating Russian targets.

The General Staff of the Armed Forces of Ukraine extolled the virtues of CAESAR in a Facebook post translated by UKRinform.net on May 28. “Three combat crews from the Zaporizhzhia Sich separate artillery brigade fired 155mm shells on the enemy. Everything was fast and clear-cut. Arrived at the position… 50 sec, ‘Action’, range – 22,110 meters, 4-5 shots per minute, 55 sec. ‘Stand down’. The result is two tanks, two armored assault vehicles, and a truck with ammunition of Russian war criminals,” the post said.

CAESAR stands for “CAmion Équipé d’un Système d’ARtillerie,” or truck equipped with an artillery system. The more modern CAESAR 2 model boasts an 8X8 truck chassis that has longer range and is more accurate than the earlier 6X6 truck.

The truck engine is a 410-horsepower diesel that can reach 55 miles per hour, which is a blazing speed for self-propelled artillery. Crews can operate the weapon quickly. It takes 60 seconds from stopping the truck to prepare for a fire mission. Once the rounds are downrange, the soldiers spend another two minutes to break the system down, and then they can move to the next position. The 155mm-caliber gun has a range of 23 miles. It can fire six high-explosive fragmentary rounds per minute.

This video from Radio Free Europe-Radio Liberty gives you an idea of CAESAR’s firepower. A Ukrainian officer said that the system allows for “maneuver-fire-maneuver” tactics that are a welcome addition to battlefields in the Donbas region. The gun doesn’t stay in one location very long. According to the RFE-RL video, the “usual targets are enemy artillery units, concentration of equipment, and personnel.”

The Ukrainians in the video are not using hearing protection, so let’s hope they don’t get tinnitus. At any rate, they learned quickly how to use the system after 40 officers and non-commissioned officers went to France to train on the gun. These officers were able to pass along their knowledge and train others fairly fast.

Stick to Dry Land, and Don’t Run Out of Shells

The system is heavy, weighing from 28 to 30 tons. The RFE-RL video shows the trucks on a farm. The weather looked to be clear and warm, with no mud. Dry summer months ahead should keep the system from getting stuck on off-road locales.

The CAESAR looks to be a good fit for the Ukrainian field artillery branch. The soldiers appear to be taking to it quite well. Speed is its main selling point. The truck is fast, and a well-trained crew can send rounds downrange quickly.

The only thing holding CAESAR back is the number of shells the truck can hold – 18 to 33 – and the amount of ammunition available in stockpiles. In the southern Mykolayiv region, the governor has complained that friendly forces are out of artillery shells. This could happen to artillery units in the Donbas, too, so the French may have to send more shells to keep the CAESAR in business.