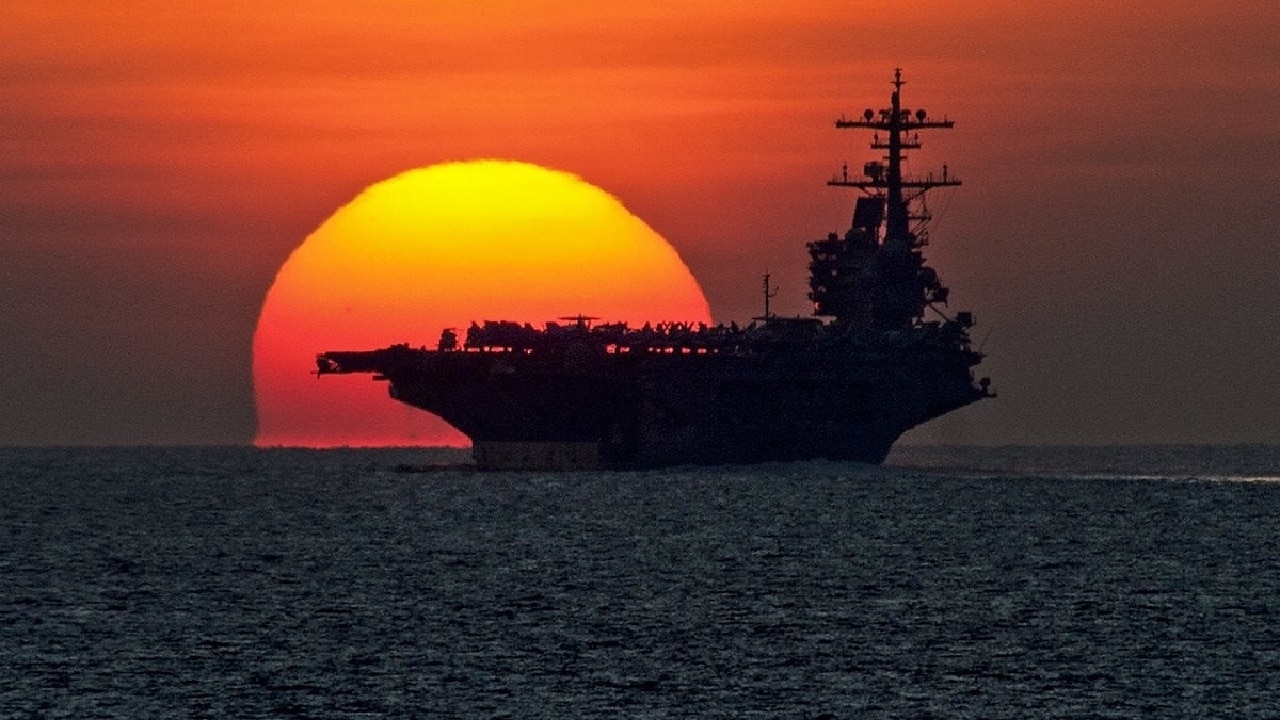 Three Aircraft Carriers for China: How About Number Four? China says its military build-up in the last several years is part of its “peaceful rise.” One aspect of this strategy is shipbuilding, particularly the construction of modern aircraft carriers like the Type 003 Fujian that just launched in Shanghai on June 17. The Type 003 is similar in scope to the American Ford and Nimitz-class. But the new carrier is conventionally powered not nuclear.

So, what is next for China’s defense industry? Perhaps it’s the Type 004, which could be China’s first nuclear-powered flat top. This means that Beijing wishes to operate its navy worldwide in a true blue-water fashion someday.

Give Them Credit for the Third Carrier

While the Type 003 will need a few years of sea trials, and it is not clear when the testing will commence, this is still an impressive development for the People’s Liberation Army Navy (PLAN). It potentially allows up to three carrier battle groups that can be deployed in the East and the South China Sea to put fear into Taiwan, Japan, and South Korea.

Plans for the Fourth Carrier

The Type 004 is up next. There have been clues that PLAN aircraft such as the fifth generation FC-31 Gyrfalcon and J-15 Flying Shark carrier-based fighters were seen on satellite imagery training for flight deck operations. This could mean the stealth FC-31 could fly from a carrier someday and be a mainstay on a fourth PLAN carrier.

Is the New Technology Nuclear Power?

China naval analysts, according to the South China Morning Post, revealed that construction on the Type 004 would combine breakthrough technologies – perhaps nuclear propulsion.

SCMP’s Minnie Chan wrote that “Shipbuilders and ship propulsion engineers are keen on making a significant breakthrough with the construction of the fourth carrier,” a source close to the Chinese navy said. “It will be a technological leap for the shipbuilding industry … but construction may take longer than for its sister ship due to the different propulsion systems.”

Chan unveiled another source who said the “China State Shipbuilding Corporation is to use nuclear power for the fourth carrier.”

The PLAN has 12 nuclear-powered submarines – six attack boats and six boomers. So nuclear propulsion for a carrier is within the realm of possibility.

But it would take considerable time, money, and resources with no finished product until 2030 at the earliest.

The PLAN and shipbuilders do not shy away from challenges and time and money do not appear to be a concern when it comes to developing carriers. Its fighter pilots and aviators for other aircraft have trained on modern catapults and arresting gear. They have come a long way from when China’s aviators did not fly at night or in bad weather.

A Boon to All Levels of Warfare

A nuclear-powered carrier would place the PLAN in an exclusive club. Plus, it would give China strategic, operational, and tactical advantages. To be sure, sailing a carrier battle group to the Western Pacific, the Indian Ocean, and waters near Europe would require a flotilla of nuclear-powered frigates and destroyers.

The PLAN could also defend sea lines of communication and supply that would span to the Persian Gulf to secure fossil fuel imports coming from that region. The PLAN could also use a fourth carrier for anti-access area-denial tactics in the Indo-Pacific to stymie the U.S. Navy.

Why Not Go with a Nuclear Navy?

China has nothing to lose by going for a nuclear-powered carrier. They will eventually have three carriers to conduct operations in East Asia. This caps off 25 years of naval modernization for Beijing. Carrier operations in the far seas can also be for peaceful uses such as humanitarian and re-supply efforts in natural disasters, which would give China positive coverage in the international community. A peaceful rise would be consummated with that fourth carrier if it could be nuclear-powered. China could then become a global naval power with a world-class military by 2030.