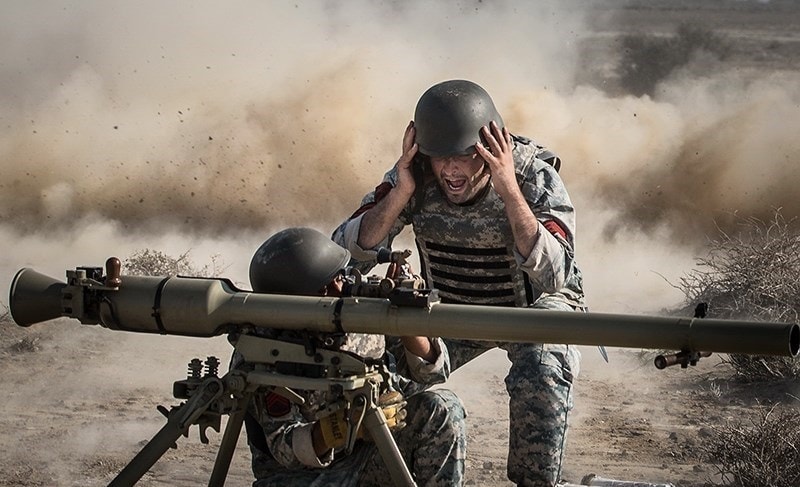 Iran’s proxy warfare approach dates back to its founding in 1979, when monarchical rule was abruptly squashed as fundamentalist Shi’ite clerics seized power under the leadership of Ayatollah Ruhollah Khomeini. Iran’s new leadership prioritized the exportation of its Revolutionary principles and made a concerted effort to establish, empower and invest in Shiite groups throughout the Middle East region. Over the years, Iran has improved and expanded its operations abroad. In addition to the regime’s monetary funding and weapons transfers to its regional allies, Iran has entrenched itself in the political and societal spheres of several of its neighbors. Ongoing regional conflicts today, including the Yemen War, Lebanon’s domestic turmoil and Israeli-Hamas warfare are intrinsically linked and even made possible in some cases by the Islamic Republic of Iran.

Iran’s malign involvement extends throughout the Middle East and ranges in scale and scope depending on the country. The Islamic Revolutionary Guards Corps-Quds Force (IRGC-QF) uses militias as a way to achieve regional hegemony. In Lebanon, Hezbollah has extended its influence over the country’s economy, political sphere, and military complex. The terror proxy has thousands of active fighters on the ground and has successfully smuggled funds and weapons from Tehran for decades. In Iraq, the various Iran-backed Shiite militias which make up the PMU have evolved into Baghdad’s most pressing security threat. In Yemen, the Iran-backed Houthi rebels wage relentless attacks targeting civilians and Saudi assets. Iran, a friend of Bashar al-Assad’s government, also uses its Syrian neighbor as a launch-pad for attacks across the border into Israel.

Since the onset of Lebanon’s Civil War in 1975, Hezbollah “The Party of God” has contributed to the country’s systemic corruption and economic turmoil. The Iranian-backed Shiite group calls itself Lebanon’s ‘Islamic Resistance’ force and has extensive military operations in the country. According to the International Institute for Strategic Studies, Hezbollah has approximately “ten thousand active fighters, some twenty thousand reserves, with an arsenal of small arms, tanks, drones and long-range rockets.” As the world’s most heavily armed non-state actor, Hezbollah’s attacks pose a critical threat to its adversaries in the region, especially Israel. Up until last year, Hezbollah’s rocket and missile attacks targeting Israel had been rare. However, Israel experienced a sharp uptick in barrages in 2021. Last August, nineteen rockets were fired at northern Israel from Lebanon.

Increased attacks carried out by Hezbollah coincides with Iran’s ability to transfer weapons and funding to the militia. In July 2021, President Biden called out the Iranian supply of weapons to Hezbollah as an “extraordinary threat” to U.S. national security interests. He added that “certain ongoing activities, such as Iran’s continuing arms transfers to Hezbollah — which include increasingly sophisticated weapons systems — serve to undermine Lebanese sovereignty, contribute to political and economic instability in the region.” In the 1990’s Iran smuggled weapons to Hezbollah via Damascus, as Syrian president Hafez Assad allowed these transfers. Iran smuggled a range of Iranian-made weapons including Fateh-110 precision missiles, which gave Hezbollah the capability to reach Israel in its attacks. The scope of these transfers increased over time and Hezbollah’s arsenal is believed to hold over 130,000 rockets today.

Following the U.S.-led assassination of revered IRGC Commander Gen. Qassem Soleimani in 2020, Iranian-backed militias have carried out relentless rocket and missile attacks targeting U.S. assets in the country. Iraq’s Popular Mobilization Forces (PMF) was initially established to aid the fight against the Islamic State in 2014. However, umbrella groups have evolved into lawless units guided by Iranian interests in recent years. Several of these PMF umbrella groups, including Kataib Hezbollah, are responsible for carrying out attacks in Iraq that support the IRGC’s ambitions. In the last two years, dozens of rocket and missile attacks targeting Baghdad’s Fortified Green Zone have been claimed by these Iranian-backed groups. The militias rely on Katyusha rockets, supplied by Tehran, to carry out many of its attacks. Over the last few months, these militias have also turned to more lethal aerial weapons like explosive-laden drones to carry out its barrages.

Since the PMU technically fall under the realm of Iraq’s Security Forces, these militias can act with virtual impunity despite its lawless activity. PMU fighters are salaried employees of the Iraqi state and many of the weapons they use, including from Iran, are in fact purchased by Baghdad. Additionally, Iran smuggles weapons into Iraq via Damascus. According to the Jerusalem Post, Iran has successfully transferred Fajr 1 rockets, the Zelzak, Fateh-110 and Zolfagher to Iraq. The IRGC’s expanding and advancing ballistic missile arsenal continues to pose a critical threat to Iran’s adversaries in the region.

Iran’s entrenchment in Yemen’s Civil War follows a similar pattern to the regime’s insertion into Iraq and Lebanon. Since Iranian-backed Houthi rebels seized control of Yemen’s northern Saada province in 2014, a brutal civil war has plagued the country. While various militant groups have tried to exploit the power vacuum in Yemen since the beginning of the war, Iran’s proxies have played the biggest role. Iran’s contributions to the prolonged fighting range from monetary aid to weapons transfers. In 2013, an Iranian gunboat equipped with 40 tons of weapons, including surface-to-air missiles and rockets, was seized off of Yemen. According to the Center for Strategic and International Studies, the IRGC also equipped the Houthis with “technology for anti-tank guided missiles; sea mines; UAVs, such as the Qasef family; 122-millimeter Katyusha rockets; Misagh-2 man-portable air defense systems (MANPADS); RDX high explosives; ballistic and cruise missiles; and UMVs.” Over the last few years, the Houthis have carried out frequent rocket and drone attacks targeting Saudi Arabia and the internationally recognized Yemeni government. The aerial attacks mirror the barrages perpetuated by Iran’s militias in Iraq and Lebanon.

Without its proxies, Iran’s regime would be incapable of carrying out attacks and missions that coincide with the exportation of its Revolutionary aims. Over the years, Iran has accumulated advanced systems and measures to equip its militias abroad with the military and monetary support needed to carry out the regime’s interests. As Iran continues to prioritize the expansion of its weapons arsenal, its proxy forces will likely reap the benefits.