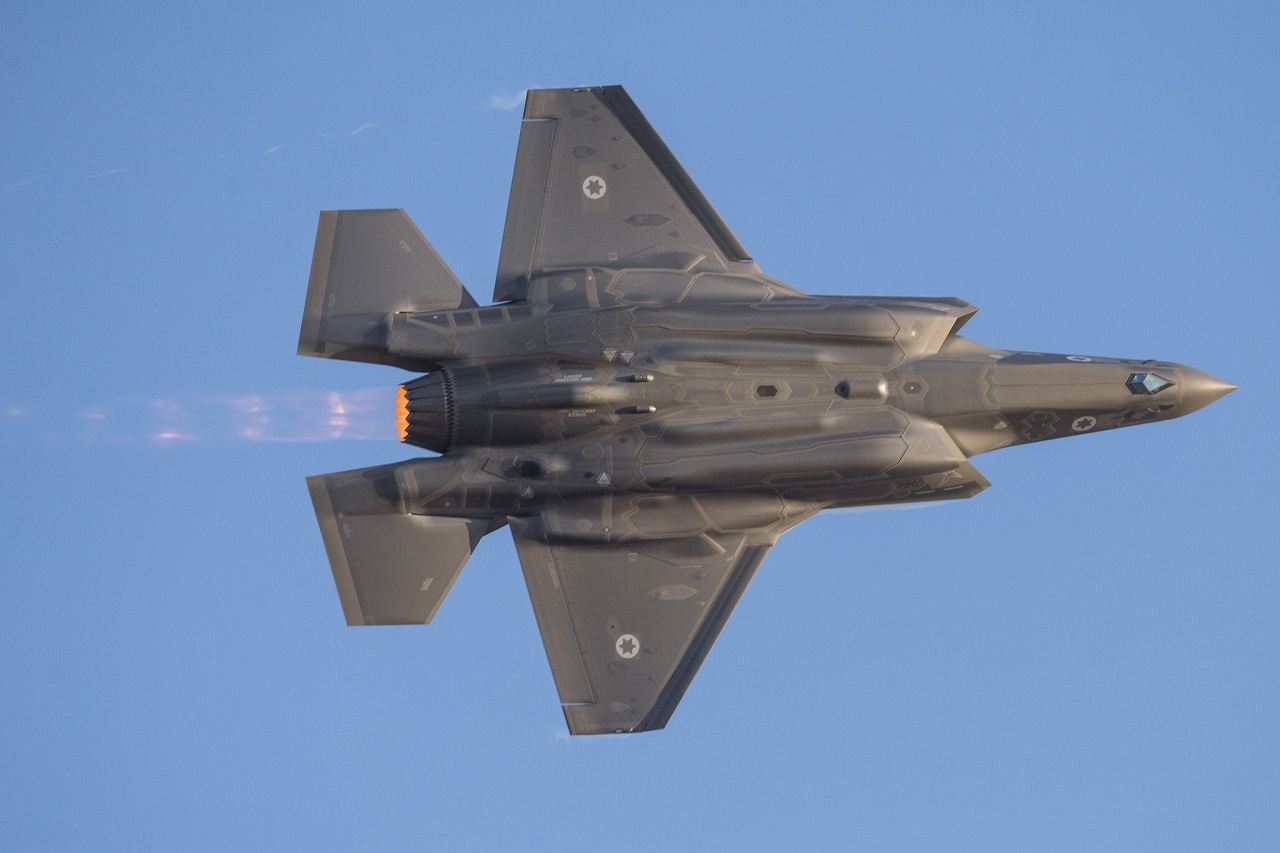 Breaking reports this month indicate that Israel’s Air Force (IAF) has developed the capability to fly its fleet of F-35I stealth fighters from Israel to the Islamic Republic of Iran without needing aerial refueling. With an extended range, the already cutting-edge jets would arguably represent the IAF’s most valuable airframe. The Jerusalem Post also reported that a new one-ton bomb was recently integrated into the F-35I’s weapons arsenal.

Despite the addition of this new heavy bomb, the fighter’s stealth radar system is reportedly unaffected. These two announcements made by Israeli media sources coincide with the government’s ramping up of its military efforts to counter the Iranian threat. As tensions have escalated between the two adversaries, prospects for potential raids or exchanges of fire become more imminent.

Even without the new advancements reportedly made to the F-35I “Adir” variant, Israel’s fleet of fifth-generation fighters obtain unique characteristics that make the IAF the most formidable Air Force in the Middle East. In fact, Israel remains the only nation that possesses a custom version of Lockheed Martin’s F-35 Joint Strike Fighter. In 2010, the Jewish state became the first country outside of the fighter’s nine-nation co-development group to purchase the airframe.

Israel’s F-35I “Adir” variant hosts a litany of unique specifications that serve the needs of Israel’s Defense Forces (IDF). The IAF can access the Adir’s advanced digital architecture, including its communications system, through external modification measures. Since Lockheed Martin agreed to allow Israel to make independent alterations and additions to the fighter’s underlying mission software, the IAF’s ability to incorporate the one-ton smart bomb to the airframe’s internal weapons carrier is possible. Designed by the Israeli company Rafael Advanced Weapons Systems, the new bomb is reportedly “autonomous” and protected from all degrees of electronic warfare systems.

The Adir’s new extended range would fill a considerable hole for the IAF. Iran is positioned over 1,000 miles away from the Jewish state, which makes Israel’s ability to carry out airstrikes inside Iran very challenging. Last year, Israel asked the Biden administration to expedite the delivery of KC-46A Pegasus aerial refueling tankers needed by the IAF to perform critical missions in Iran. The tankers would be used by Israel to refuel its bombers, including the Adir, while mid-flight, which is essential for longer range missions. In April, an Israeli news outlet reported that the Israeli Air Force Flight Testing Center (FTC) was working to develop external drop tanks needed by the Adir to carry out long range missions, including in Iran.

Clearly, the IAF has prioritized figuring out how to accomplish operations that reach Iranian territory. The regime’s rapid raw nuclear materials build up, ballistic missile arsenal development and relentless proxy warfare has contributed to rising tensions in the region in recent years. Over the last month, top Iranian scientists have been killed in mysterious attacks and a drone factory outside of Tehran was destroyed in an airstrike. Iran believes the Jewish state is behind these attacks and has promised to employ revenge in the future. For this reason, Israel’s advancements to its stealth fighter fleet make sense.