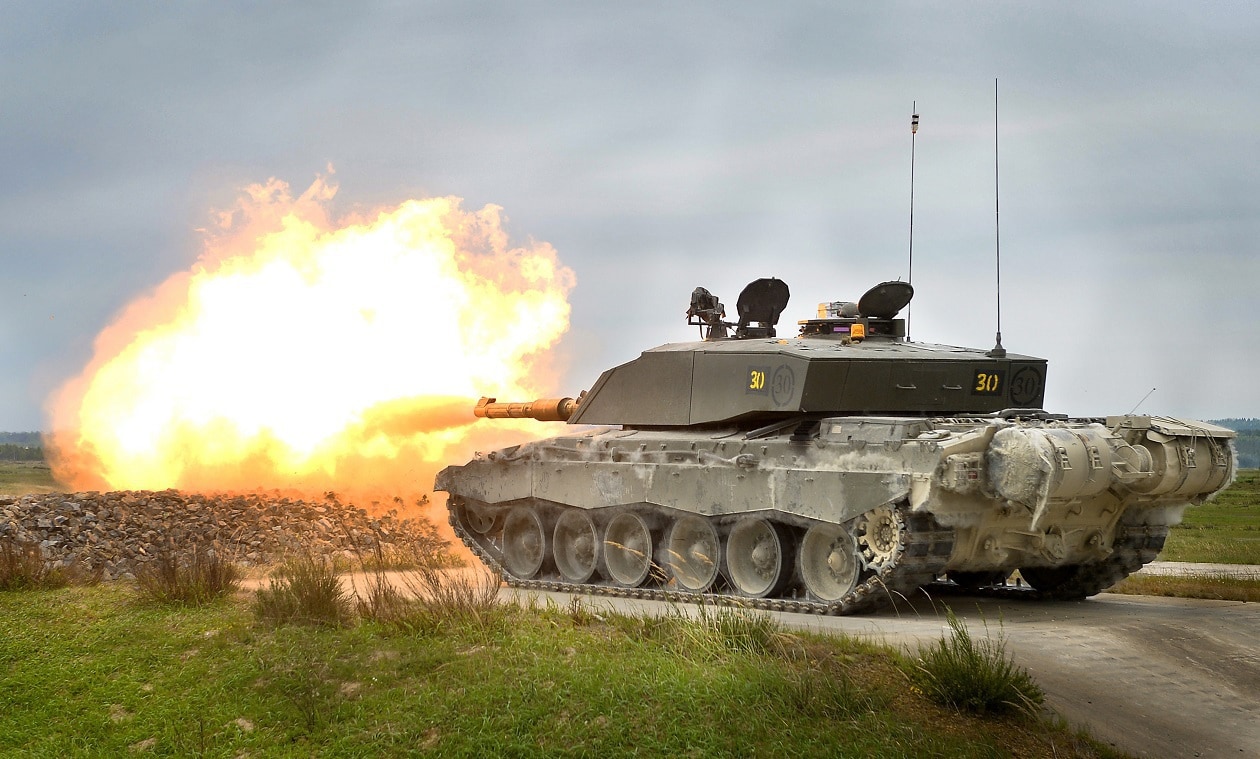 A Challenger 2 main battle tank (MBT) is pictured during a live firing exercise in Grafenwöhr, Germany. Exercise BAVARIAN CHARGER was the first of three large contingency operation exercises being undertaken by 20th Armoured Brigade between May  October 2013. Contingency Operations training is known as Hybrid Foundation Training or HFT. The aim of this exercise was to train the 5 Rifles, The Queens Dragoon Guards (QDG) Battle Groups and 1 Logistic Support Regiment in combined arms manoeuvre.

Joe Biden’s Ukraine strategy won’t stop Ukraine from losing to Russia – Ukrainian Defense Minister Oleksiy Reznikov told CNN on Thursday that his government fully intended to continue fighting Russia until it could “liberate all our territories, all of it, including Crimea.” Battlefield and political realities in the region, however, suggest that Ukraine may not only fail to wrest all its territories back unless Kyiv changes its military and diplomatic strategies soon, it may instead be faced with the most unpleasant outcome imaginable: an outright military defeat.

Reznikov made his comments on the margins of a Brussels summit of more than 45 nations, led by the United States, which had gathered to commit additional heavy weaponry to Ukraine. The U.S. was the first to announce additional weapon contributions and other major European nations are expected to follow suit in the coming days. But it is clear that the total number of weapons and volume of ammunition will fall far short of what Ukraine needs to have a chance to win a war against Russia.

Defense One published a graphic that chronicled the sum total of the most significant weaponry and ammunition provided by the United States since August of last year and represents – by far – the most provided by any nation. While the type and total of all military hardware offered by the U.S. looks impressive in print, a careful examination quickly reveals that, in context, it represents a minimal contribution to Ukraine’s military capacity – though you wouldn’t know that listening to the Chairman of the Joint Chiefs of Staff.

In a press conference from Brussels on Wednesday, Gen. Mark Milley claimed that the Western world, led by the U.S., had sent or committed to Ukraine, “97,000 antitank systems,” which, Milley explained, was “more anti-tank systems than tanks in the world.” Ukraine, the general continued, asked for “200 tanks; they got 237 tanks. They asked for 100 infantry fighting vehicles; they got over 300. We’ve delivered… about 60,000 air defense rounds,” and he claimed 383 tubed of artillery had been promised. Yet the Chairman’s claims of what Ukraine has asked for were inaccurate and the types of weapons promised were far less capable than he implied.

As I detailed in these pages recently, that scale of weapons would be the minimum necessary to have any chance of driving Russia from Ukrainian territory – and that would only be possible if the weapons were top of the line, modern equipment, fully accompanied by massive quantities of ammunition, stocks of fuel to support operations, and a logistics system that could sustain the offensive. Without all of those capabilities and supplies, there can be no realistic talk of driving Russia from Ukrainian soil. Yet as the graphic from Defense One shows, Ukraine has received little more than antiquated scraps.

The Defense One graphic shows the U.S. has provided 200 M113 armored personnel carriers (of Vietnam War vintage), over 100 Humvees (of Desert Storm vintage), 126 M777 towed howitzers (three years ago the Army was looking to replace the M777), 245,000 artillery rounds, and tens of thousands of stinger, javelin, and other anti-armor or anti-air missiles.

In total, only about 10 modern rocket launchers have been promised by the U.S. and other NATO nations. Russia is firing close to 70,000 artillery shells per day at Ukraine, so those 245,000 shells represent about three and a half days of shelling necessary just to reach parity with Russia. The cumulative total of all military heavy weaponry offered by the West comes up thousands of vehicles and many hundreds of thousands of artillery rounds shy of the requirement, and what little the West has provided have been obsolete. But even that isn’t the biggest problem Ukraine faces.

On Wednesday, Axios reported that another top Zelensky advisor, David Arakhamia, admitted that Ukrainian troops were suffering an astounding 1,000 casualties per day, sometimes including as many as 500 killed. Ukraine has suffered so many casualties among its active force, that it had to send the minimally trained units of the territorial defense force – which were exclusively designed for men to defend their hometowns and not go into active war zones – into frontline combat against Russian troops.

Lastly, as recently revealed, Ukrainian troops suffer at a 20-1 disadvantage in cannons in the front lines, a 40-1 disadvantage in artillery ammunition, and up to a 300-5 disadvantage in air sorties. Combined with the considerable destruction of their Soviet-era equipment, the near-depletion of artillery shells, the unsustainable casualty rates, and the paucity of Western support, there is no rational path through which Ukraine can continue to hold ground, much less realistically hope to expel Russia from Ukraine.

Jake Sullivan said on Thursday that the U.S. would continue to refrain “from laying out what we see as an end game” for Kyiv and will “not be pressuring [Ukraine] to make territorial concessions.” While it must be up to the people and government of Ukraine to decide whether they will continue to fight in hopes of eventually defeating Russia – and risk losing everything – or seek the best deal they can get. But America is not a passive bystander. Our government should also be actively looking out for the interests of our population. 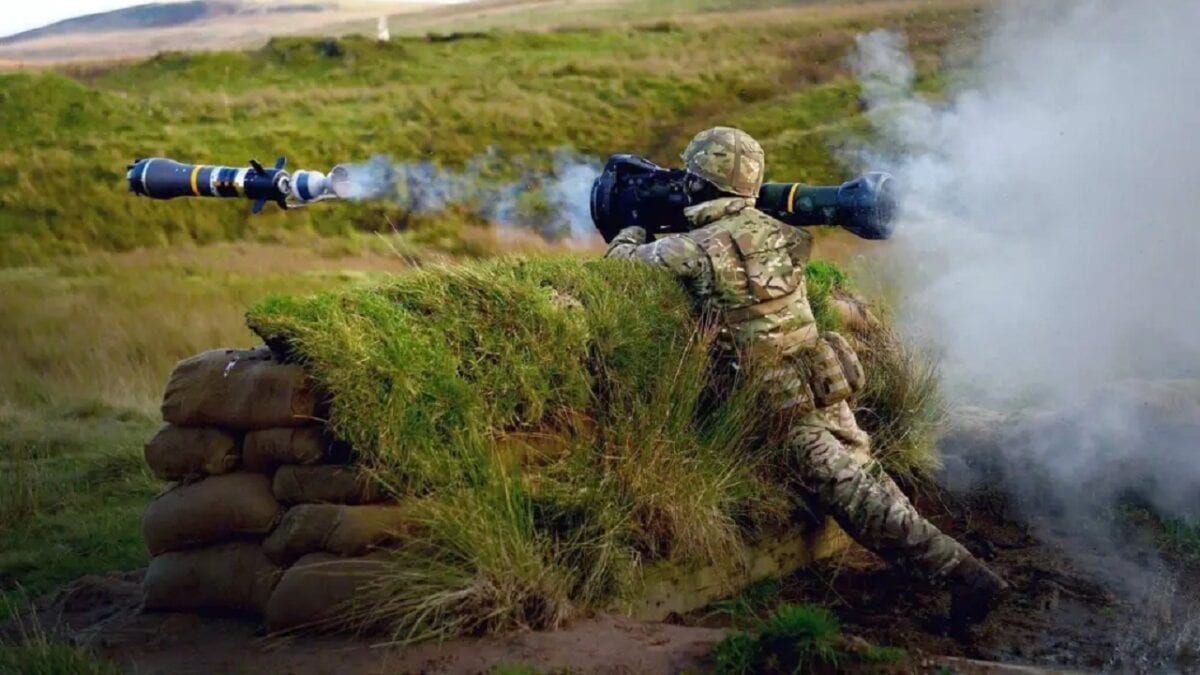 America’s top policy objectives should be to prevent the Russia-Ukraine war from escalating beyond the current borders and into a NATO-Russia fight, defend NATO territory, and preserve the ability of Americans to remain secure and economically prosperous. At some point Washington may have to consider whether it makes sense to continue providing a blank check to Kyiv’s equipment wish-list that prolongs the risk of escalation and continues the economic aftershocks that negatively affect our economy. Given Russian advances and growing Ukrainian losses, that point may arrive sooner than many realize.