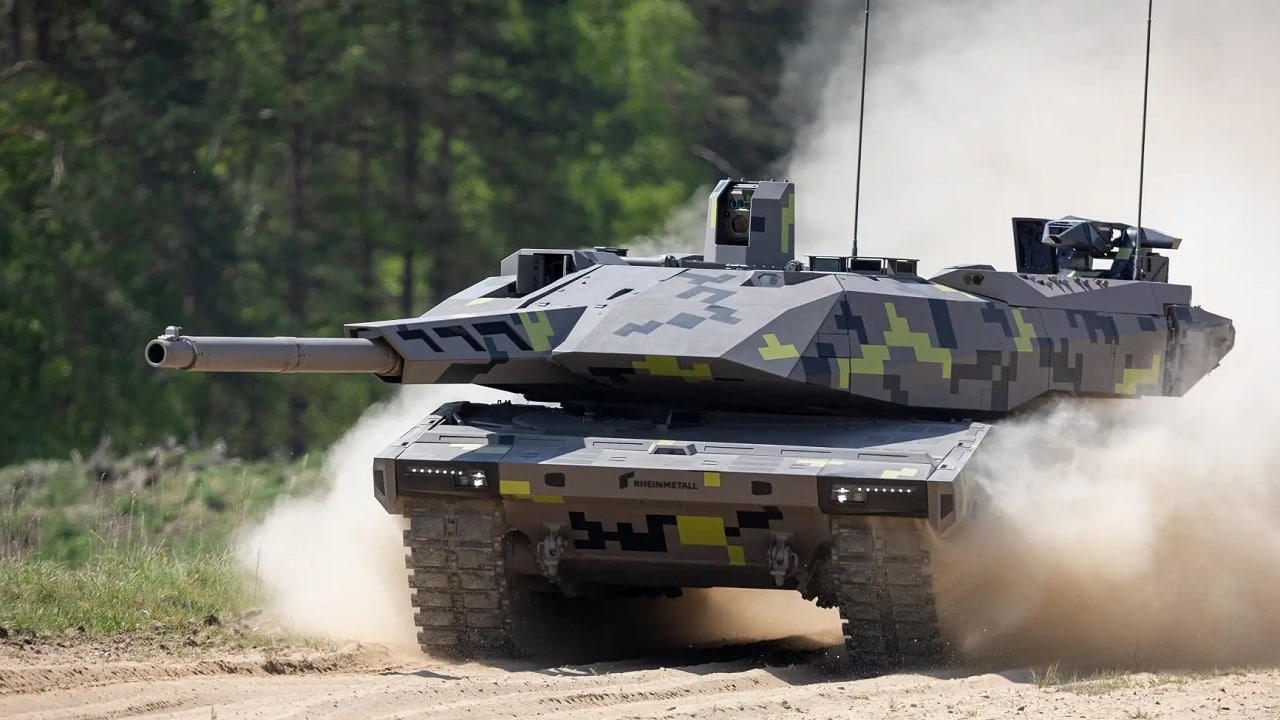 Why the KF51 Panther could be one impressive tank – Germany is bringing more firepower to its tank program. Its upcoming main battle tank will be made available for sales to foreign clients, and it may someday replace the Leopard 2 in Germany itself.

Rheinmetall just unveiled its KF51 Panther. The tank has advanced armor and a formidable 130mm gun. This main battle tank was the main crowd-pleaser at a military hardware show in Europe this week.

The KF51 Panther Is Well Worth the Hype

The Panther met the public at the Eurosatory defense exhibit in Paris on June 13. The tank’s unveiling prompted some speculation: Will it replace the Leopard 2, or is the Panther meant for export only? The Leopard 2 is also in use by at least 18 countries, and many of the partners are NATO members. Rheinmetall probably wanted to get the Panther in front of potential European buyers as the war in Ukraine grinds on.

In a hype video, Rheinmetall calls this tank an “apex predator” that “dominates and destroys.” According to a corporate news release, the Panther “was designed from the ground up to deliver the highest lethality on the battlefield, combined with an integrated survivability concept and connected by a fully digitized NGVA (NATO Standardization) data backbone to enable next-generation operational capabilities and automation.” Rheinmetall declares the Panther is the future of “tanknology.”

The tanknology is impressive here indeed, and it starts with the smoothbore 130mm “future gun system” that outclasses the Leopard 2’s 120mm model. The auto-loading gun can fire sabot rounds and airburst munitions. The new gun also has a range 50% greater than the older 120mm. The gun works in tandem with a launch system for the HERO 120 anti-tank loitering munition drone.

The new tank is also equipped with a 12.7mm co-axial machine gun, while another remote-controlled 7.62mm gun sits at the rear of the turret. There are day/night sights and a laser rangefinder.

The Panther has active, reactive, and passive armor. Together, they make up the StrikeShield active protection system. There is the new Top Attack Protection System for the turret that shields against anti-tank missiles swooping in from above to target what is usually a tank’s most vulnerable area.

The tank is fully digitized to meet NATO standards of uniform operability among alliance members, so it is ready-made for export.

Sticking With a Good Engine

The Panther weighs around 59 tons, which makes it lighter and perhaps more maneuverable than the Leopard 2 and other NATO main battle tanks. There is no upgrade to the engine — this will be the same 1,475-horsepower diesel engine that the Leopard 2 uses, a continuity that will help crews already accustomed to the Leopard 2 engines. The Panther has a range of 310 miles.

The tank has a three-man crew. The digitized system allows for seamless communication on battle assignments, as well as sensing enemy tanks and incoming rounds. Each member of the crew can be cross-trained to work different aspects of operability. There could even be an unmanned model someday.

Rheinmetall claims they designed the tank on their own, and it is not clear how much input the German military had on its design. This is an impressive tank overall, and while the price has not been made available to the media, potential foreign customers should be excited.

What is somewhat confusing is that Germany and France are already working on a joint program called the Main Ground Combat System in order to develop a main battle tank both countries could use. The Main Ground Combat System would replace the French Army’s Leclerc and the German Leopard 2s. This could mean that Rheinmetall plans to test the export market for the Panther first, only later seeking out a purchase option from the German military.

Either way, this new tank is a feat of engineering that should make customers happy, provided the manufacturer works out all the kinks before sale. The arms system is probably the most interesting part of the Panther, especially the launcher for loitering drones. The top armor system also provides important protection against enemy anti-tank missiles. This will give partner countries reason to upgrade their fleet with a quality tank.