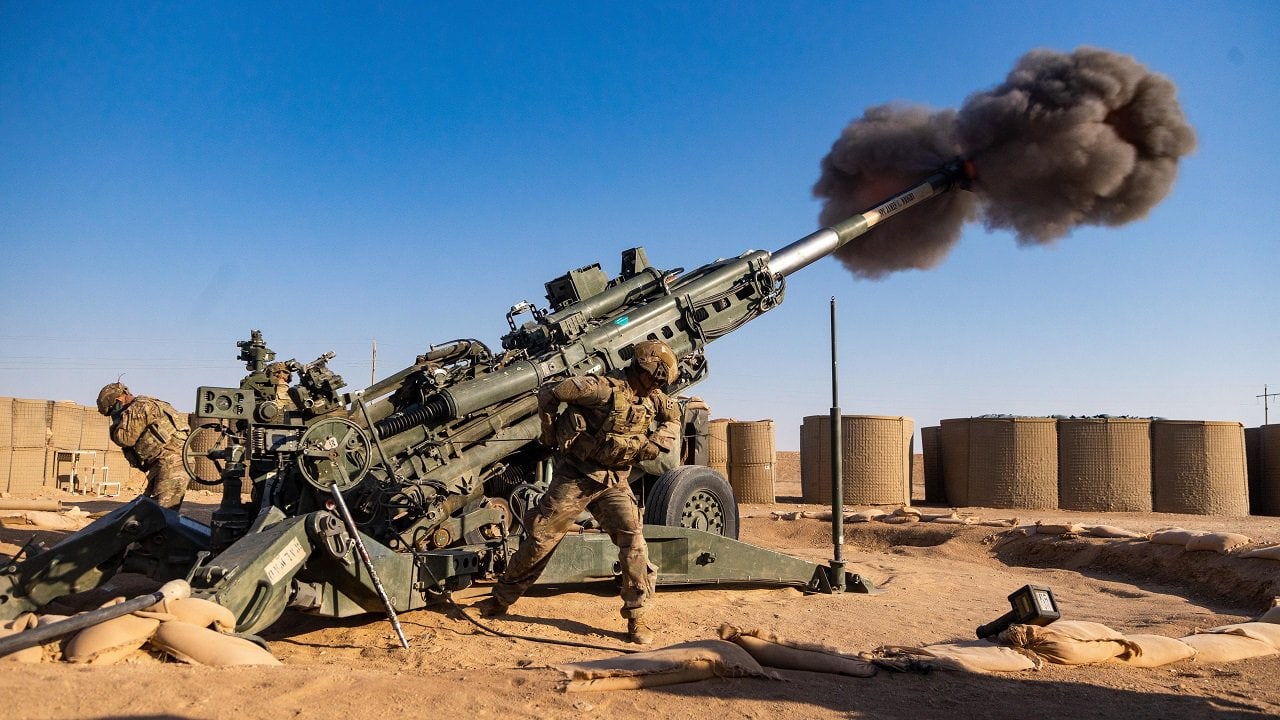 But Concerns About the Biden Administration’s Strategy are Growing – How stable is American support for Ukraine? Amid a growing chorus of voices calling for Kyiv to compromise with the Kremlin despite its brutal aggression over the past several months, it’s an important question.

We now have a reasonably good answer. Recent polling by TIPP moved beyond the standard questions about U.S. popular support for assisting Ukraine’s defenses to explore how Americans view the Biden administration’s implementation of this assistance.

Not surprisingly given the demonstrated willingness of the Ukrainians to fight fiercely for their homeland, coupled with their insistence that they are the ones to carry out the resistance, support for American assistance remains broad and bi-partisan. Overall, 54% of U.S. citizens polled agree strongly or somewhat that assistance to Ukraine should be open-ended—a remarkable majority for a population that is generally considered to be war-weary and focused on domestic fiscal issues. Only 22% disagree (strongly or somewhat strongly) that support should be unlimited, and even that group did not appear to believe that there should be no support at all.

These results suggest that Ukraine represents something of a policy unicorn in this fractious political climate—one that can bring together a wide range of Americans. As a result, it represents an opportunity for both President Biden and Congress to work together to channel this support towards a favorable outcome to the war. 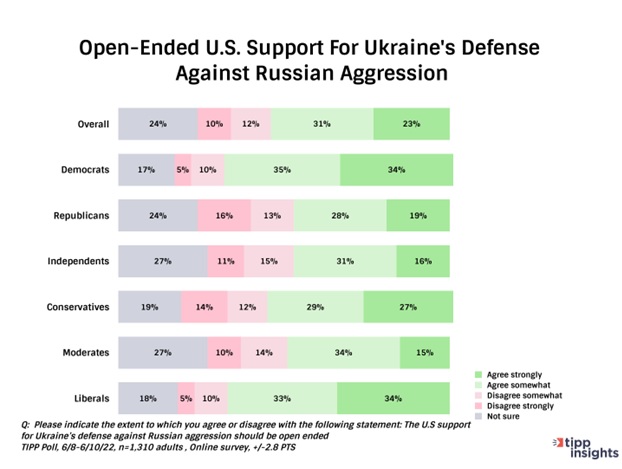 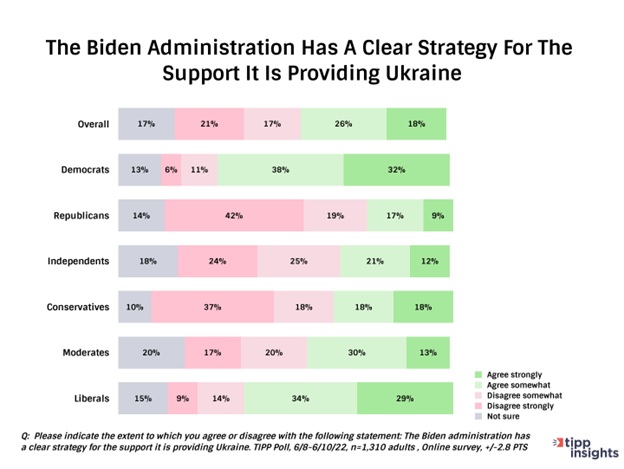 Americans are more evenly split, though, on the issue of how their taxpayer dollars are being spent to help Ukraine. When asked whether or not they believe the Biden administration has a clear strategy to assist Ukraine, 44% of respondents agreed that it does, while 38% disagreed. Those answers, which are within the poll’s +/-2.8 point margin of error, are natural enough given the mixed messaging on Ukraine from the Administration. President Biden himself has veered from suggesting he might accept a “minor incursion” by Russia to proclaiming that Putin “must not remain in power.” Meanwhile, senior administration officials briefed Congress that the war would be over in three days and the U.S. would be supporting an insurgency. Given that we are now well past the 100 day mark of this 3-day war, it is imperative that President Biden and his team clearly articulate their objectives based on the reality of how this war is unfolding, both to Congress and to the American people. 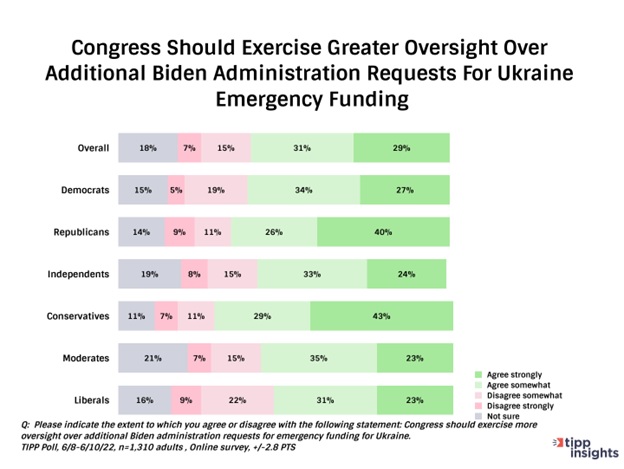 When the White House recently requested some additional $50 billion in emergency supplemental funding, those who dared request more oversight were condemned by the Left and even some on the Right as Putin apologists. But this unified polling should serve as a wake-up call that while Americans continue to support President Zelensky and the Ukrainian people in their fight against Putin’s Russia, they are also mindful of the bleak economic picture here at home—and at least somewhat distrustful of the Biden administration’s capacity to successfully implement this assistance. It is also apparent that they expect their elected representatives in Congress to play an active role in Ukraine policy—making the issue a critical one both for the looming mid-term elections in November and for the new Congress next year.

In this article:featured, Polling, Russia, Ukraine, War in Ukraine 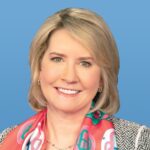