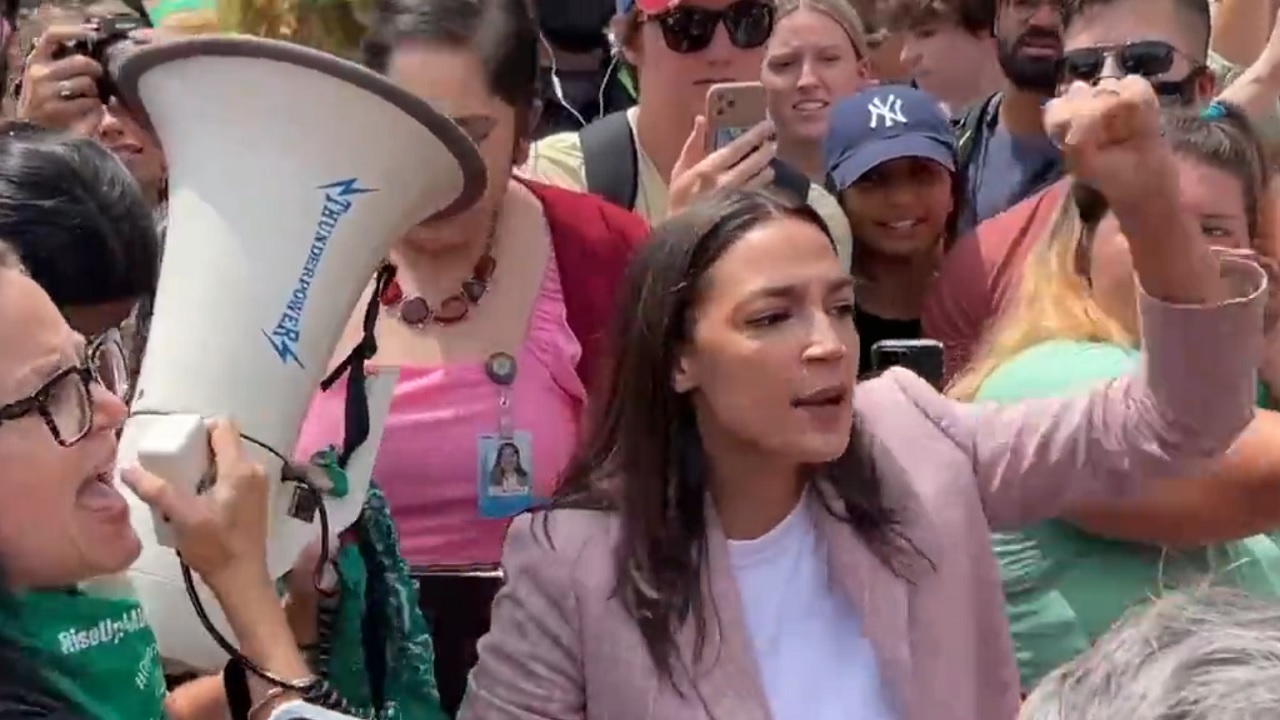 When the United States Supreme Court voted to strike down Roe v. Wade on Friday, it caused widespread outrage among Democratic legislators, strategists, pundits, and journalists.

That outrage, however, appears to be driven by what the ruling means for so-called “abortion rights” rather than the legitimacy of the ruling itself. What’s more, the anger and the rhetoric that has followed should be a cause for concern for any American interested in protecting states rights and the federalist system.

Regardless of how one feels about the practice of abortion – and I’m a British citizen living in the United States who has never been particularly vocal on this issue – this decision is consequential and demands intellectual honesty from all those who debate it. What we have seen in the wake of this decision, however, is a slew of partisan and disingenuous attacks on those who believe in America’s system of governance and the right for states to make their own laws.

We have also witnessed some of the most remarkably inconsistent arguments from Democrats on why the ruling should never have been made. Arguments that undermine the Democrats’ own efforts to protect what they consider to be a woman’s right – whatever woman means these days.

Friday’s decision overrules a 1973 ruling that established a constitutional right to abortion under the 14th Amendment’s “due process” clause, effectively giving power back to legislators in the states to determine their own abortion laws. It takes power away from the unelected Supreme Court and gives it back to legislators who make decisions as elected representatives of the residents of those states.

And despite years of opining that American democracy is under threat, Democrats continue to make their case for granting the unelected Supreme Court the power to determine abortion laws across the United States. Democratic legislators, activists, and pundits are simultaneously undermining the legitimacy of America’s electoral system and elected officials by arguing that they should not have the power to take legislative action in the interests of the people who voted them into office.

Democratic House Speaker Nancy Pelosi told reporters on Capitol Hill that the decision was “cruel” and “heart-wrenching,” and accused the Supreme Court of being an “extremist” judicial body.

“Today, the Republican-controlled Supreme Court has achieved the GOP’s dark and extreme goal of ripping away women’s right to make their own reproductive health decisions.  Because of Donald Trump, Mitch McConnell, the Republican Party and their supermajority on the Supreme Court, American women today have less freedom than their mothers,” Pelosi said.

Pelosi even offered an argument against allowing elected representatives to make decisions on behalf of their constituents.

“A woman’s fundamental health decisions are her own to make, in consultation with her doctor and her loved ones – not to be dictated by far-right politicians,” Pelosi said.

Progressive New York congresswoman Alexandria Ocasio-Cortez joined protests outside of the Supreme Court and called for further protests over the decision, promising that she and her followers will go “into the streets” and fight for what she calls a “right” to abortion access.

AOC insisted that the decision to overturn Roe v. Wade is not something that can be amended in an election, and called for a long-term, generational fight against the ruling.

“This is not something that’s going to be solved in a day or in an election, or in a year because we got to strap in. This is a generational fight. This is not instant gratification,” AOC told fellow protestors.

Democratic Senate Majority Leader Charles Schumer claimed that the decision marked one of the “darkest days” the country has ever seen.

“These justices, appointed by Republicans and presiding without any accountability, have stolen a fundamental right to have an abortion away from American women in this country,” Schumer said in a statement.

And, Senate Judiciary Chairman Dick Durbin also said that his panel will now hold hearings to determine what the ruling will mean for what Democrats describe as “abortion rights” and access to “health care” in states that may ultimately move to ban or restrict access to abortions.

“The Senate Judiciary Committee will explore the grim reality of a post-Roe America in a hearing next month,” Durbin said, adding that the Supreme Court chose to “erase the right to access to abortion.”

Every single one of these statements directly contradicts the Democratic party’s years-long campaign to protect American democracy from the Republican Party and former President Donald Trump.

The Democrats’ Argument On Abortion Rights Is Wholly Inconsistent

There are many questions that need to be answered here.

If House Speaker Nancy Pelosi thinks that women’s “health decisions” – a contested characterization of abortion – should not be dictated by “far-right politicians,” then what makes her think that they should be dictated by far-left politicians?

And if Pelosi takes issue with all elected officials using their legislative powers, then why would she place her faith in an unelected judicial body to make these decisions instead, when both she and Senator Schumer have characterized the Supreme Court as “extreme” and “unaccountable”?

Logically, the only scenario with which Pelosi would be pleased would be the recognition of abortion – presumably until birth, as much of her party now advocates  – as a right by the same unelected and unaccountable bench that she has repeatedly criticized.

Should President Joe Biden go ahead with rumored plans to reform or stack the Supreme Court in response to Friday’s decision, would Pelosi and her colleagues express similar discontent with elected legislators approving such a decision?

Call me a cynic, but it seems to me that these Democratic legislators don’t like their political opponents using their legitimate power to represent their voters. Nor do they wish to see the Supreme Court exercise its lawful duty to interpret the United States Constitution as it was written.

For all their talk of protecting democracy, it’s hard to believe the Democrats really mean what they say.

If Nancy Pelosi, Chuck Schumer, and Alexandria Ocasio-Cortez truly intend to protect what they believe is a woman’s right to access abortion, a less partisan and divisive way of establishing these “protections” for women would be convincing the American public that it is a good idea to pass news laws.

In other words, use the democratic system to achieve their goals.

They’d have a head start with it, too. A majority of Americans say abortion should be legal in all or most cases. At the same time, polls repeatedly show that Americans want some restrictions on abortion.

This data could serve as an opportunity for legislators on both sides of the aisle to work together and find compromise on one of the most polarizing issues in American politics. Instead, the Democrats have opted for the path of partisan logical gymnastics and the smearing of half of the American public as reprehensible extremists who not deserve political representation.

Do Democrats want to protect democracy or not?