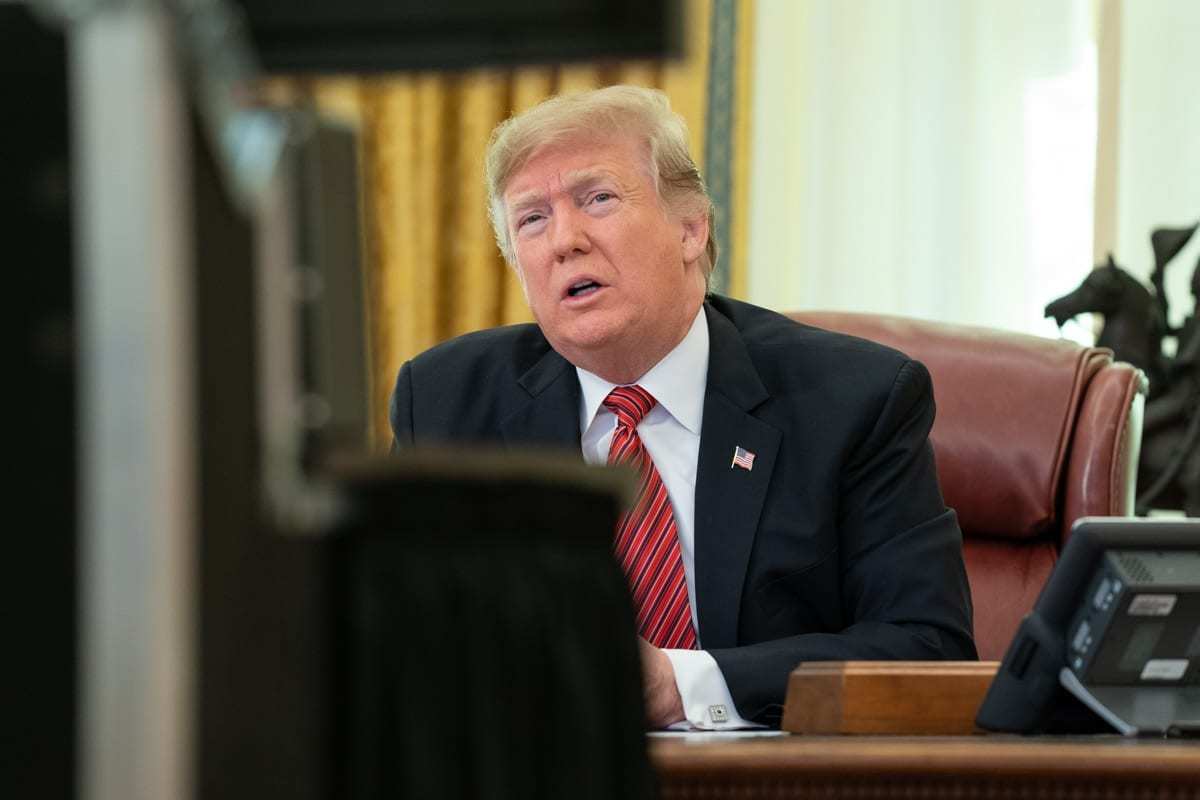 President Donald J. Trump participates in a Christmas Day video teleconference from the Oval Office Tuesday, Dec. 25, 2018, with military service members stationed at remote sites worldwide to thank them for their service to our nation. (Official White House Photo by Shealah Craighead)

Did Donald Trump break the law? “Fake electors” doesn’t sound good. Nothing labeled fake sounds good. But with electors—well, we are talking about the democracy here, as the House Select Committee on the Jan. 6 Attack on the Capitol pressed in its fourth hearing in June.

But did Donald Trump’s campaign do anything illegal or wrong by trying to sway individual states to bend the Electoral College outcome? It depends, but probably not.

But in and of itself, lobbying state legislatures on electoral votes – while unusual and arguably undemocratic – wouldn’t necessarily be improper. The Constitution gives state legislatures the authority to appoint electors as they see fit. Importantly, mostly during the era of Jacksonian Democracy, state legislatures passed laws to give their state’s electors to the winner of the state’s popular vote.

States have flexibility, as 48 have a winner-take-all system, while Maine and Nebraska award electors based on congressional districts. Another 32 states and the District of Columbia have laws that impose fines and penalties for “faithless electors” that opt to vote for someone other than their state’s popular vote winner. The Supreme Court upheld the right of state legislatures to pass such laws.

State legislatures have always had the capacity to claw back the authority to appoint presidential electors without any voter input. But these lawmakers are like all politicians. The top priority is getting re-elected and clawing back this power would anger a lot of voters. The only legislatures that have passed laws to ignore the will of their state’s voters have been those voting to join the National Popular Vote Interstate Compact, committing to award their electors to whatever candidate carries the popular vote regardless of the votes of their state residents. The compact will not take effect until enough states with 270 electoral votes join.

In fact, while Donald Trump lost dozens of post-election lawsuits – and we saw the U.S. Supreme Court settle the 36-day presidential contest two decades earlier—it would be far more in line with the Constitution if state legislatures settled the arguments.

At the Tuesday hearing, Republican speakers of the House of Representatives from Arizona, Pennsylvania and Michigan either testified live or were shown from a video deposition, talking about some of the tactics used to get them to appoint an alternative slate of electors.

The strategy and tactics from Team Trump often seemed patently lame if it’s true that lawyer Rudy Giuliani said, “We’ve got lots of theories, we just don’t have the evidence,” or John Eastman, who supposedly said, “just do it and let the courts sort it out.” Eastman, of course, came up with the tortured legal theory that a vice president can pick the winner.

Nevertheless, there is precedent for a competing set of electors, after disputes in Florida, South Carolina, and Louisiana during the 1876 post-election standoff between Republican Rutherford B. Hayes and Democrat Samuel Tilden. The difference in that year was those electors were recognized in those states.

Moreover, it’s worth recalling months before Election Day in 2020, Biden supporters suggested he should call for Democrat governors in states Trump carried to send pro-Biden electors. That doesn’t mean Biden would have done it. But he never had to make that decision.

After the 2016 election, a group that called itself the Hamilton Electors, Harvard Law professor Lawrence Lessig, a group of Hollywood stars, Democratic members of Congress and others called for the Electoral College to reverse Donald Trump’s victory over Hillary Clinton.

Once the Electoral College casts votes in 50 state capitals its essentially over, no matter how much any candidate believes the election might have been stolen. It’s the Electoral Count Act passed to avoid another 1876-style standoff—that allows members of Congress to challenge the certification of states.

Given the committee’s one-sided nature, it’s important to take members’ allusions to some breath-taking revelations with a grain of salt until they provide some more context. In some cases, they have provided context. In others, still waiting.

Moreover, there are scales for describing evil occurrences. Culprits should be held accountable. But equating a disgusting, violent, terribly unpatriotic riot on the Capitol with a full-scale insurrection is perhaps as bizarre a theory as one that a vice president can unilaterally decide an election. It makes wonderful Twitter chatter—and respectable primetime ratings—to say democracy was hanging by a thread, even if it’s not true.