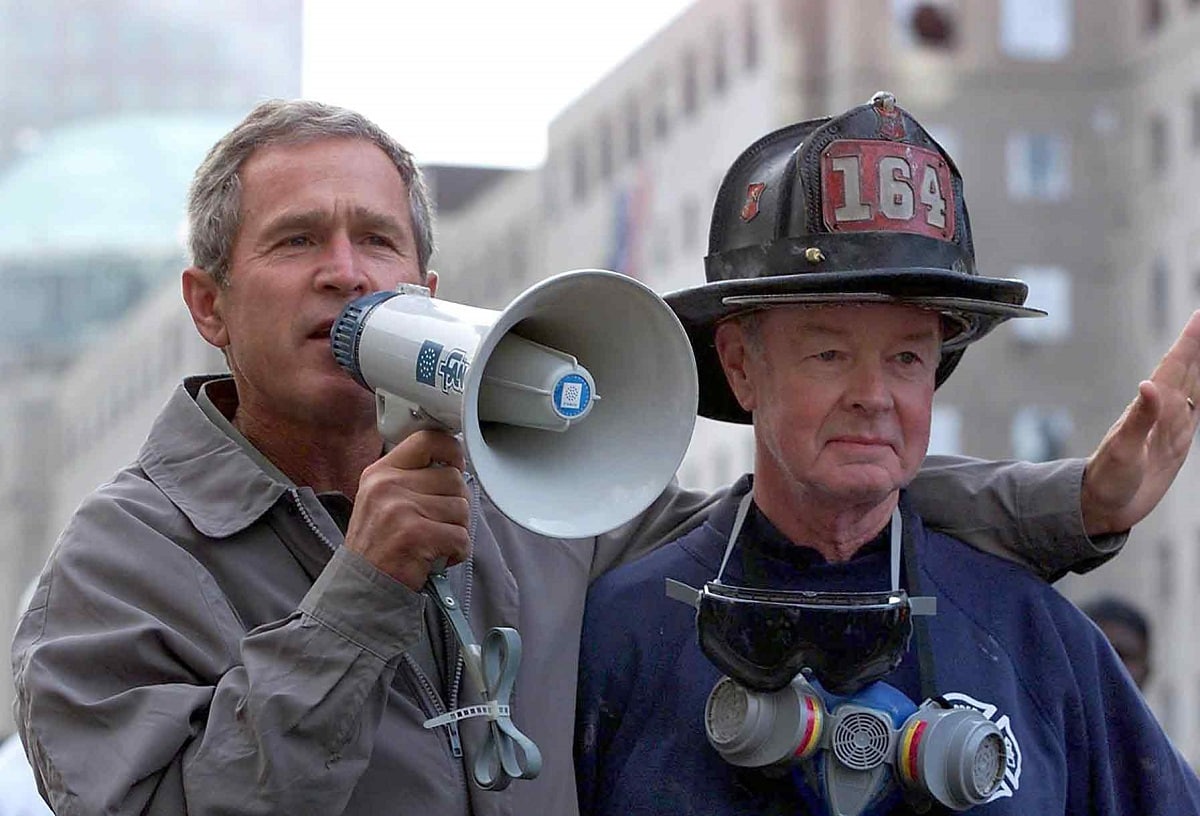 In a previous life, I was the foreign-affairs columnist for the local paper in my adopted hometown of Athens, Georgia. The month after 9/11 the family and I motored over to the Stone Mountain Highland Games, an event much frequented by Americans of Scottish or Scots-Irish descent. The outpouring of patriotic sentiment was overpowering in the wake of the terrorist attacks on New York and Washington. The Stars & Stripes, martial regalia, or both adorned most attendees in some fashion or another.

“Jacksonian America” had gathered to listen to bagpipes, toss telephone poles, and swill whiskey. I went home that night and wrote a column observing that Osama bin Laden & Co. had awakened a sleeping giant and filled him with a terrible resolve. And so it seemed that fall of 2001, when U.S. forces toppled the Taliban regime in Afghanistan in short order.

What became of that resolve and the fury that drove it?

History furnishes clues. Historian Walter Russell Mead coined the phrase Jacksonian America in a 1999 issue of The National Interest (subsequently expanded into a splendid volume titled Special Providence that’s eminently worth your time). Back then historians were wont to explain U.S. diplomatic history as a product of interactions among contending schools of thought. Mead connected international-relations traditions with key figures among the founding generations. He saw Jeffersonian and Hamiltonian traditions, for instance.

Andrew Jackson, the pugnacious, populist seventh president of the United States, lent his name to an equally ornery strain in U.S. foreign policy. According to Mead, the Jacksonian tradition is less a school of thought than a collection of folkways—an American subculture. Or as he puts it, it’s “an expression of the social, cultural and religious values of a large portion of the American public.” Jacksonian America is “a folk community with a strong sense of common values and common destiny; though periodically led by intellectually brilliant men—like Andrew Jackson himself—it is neither an ideology nor a self-conscious movement with a clear historical direction or political table of organization.”

Jacksonian individualism had its origins with the rural Scots-Irish community found chiefly in Southern states, but over time it sprawled well beyond narrow ethnic and geographic boundaries. Mead espies a social code among Jacksonians that is grounded in such virtues as honor, self-reliance, individuality, equality, and courage. Those who honor the code are accepted into the community over time—regardless of ethnicity, race, or other superficial characteristics.

In foreign affairs, says Mead, Jacksonians hew to bareknuckles realism. They hold that “international life is and will remain both anarchic and violent,” and thus that “the United States must be vigilant and strongly armed. Our diplomacy must be cunning, forceful and no more scrupulous than anybody else’s. At times, we must fight preemptive wars.” And Jacksonian sentiment perseveres over time when the community is convinced vital national interests are at stake, as in World War II, the Cold War, and Desert Storm.

As a corollary, though, Jacksonians evince little interest in foreign enterprises undertaken for reasons not directly related to defending the national interest. Humanitarian intervention is one venture that leaves them cold. Or—in the case of Afghanistan after twenty years of warfare—they may lose interest in enterprises that once seemed worthwhile by realist standards but no longer do.

Jacksonians also harbor strong views about how wars should be fought. Unless a vital national interest is in peril, they insist America ought to mind its own business. If a compelling interest is at stake, the United States ought to use all martial means at its disposal and refuse to stop short of complete victory—preferably manifest in the foe’s unconditional surrender. Yet Jacksonians welcome a magnanimous peace once victory is in hand—witness the clement treatment afforded the erstwhile Confederacy, imperial Japan, and Nazi Germany. 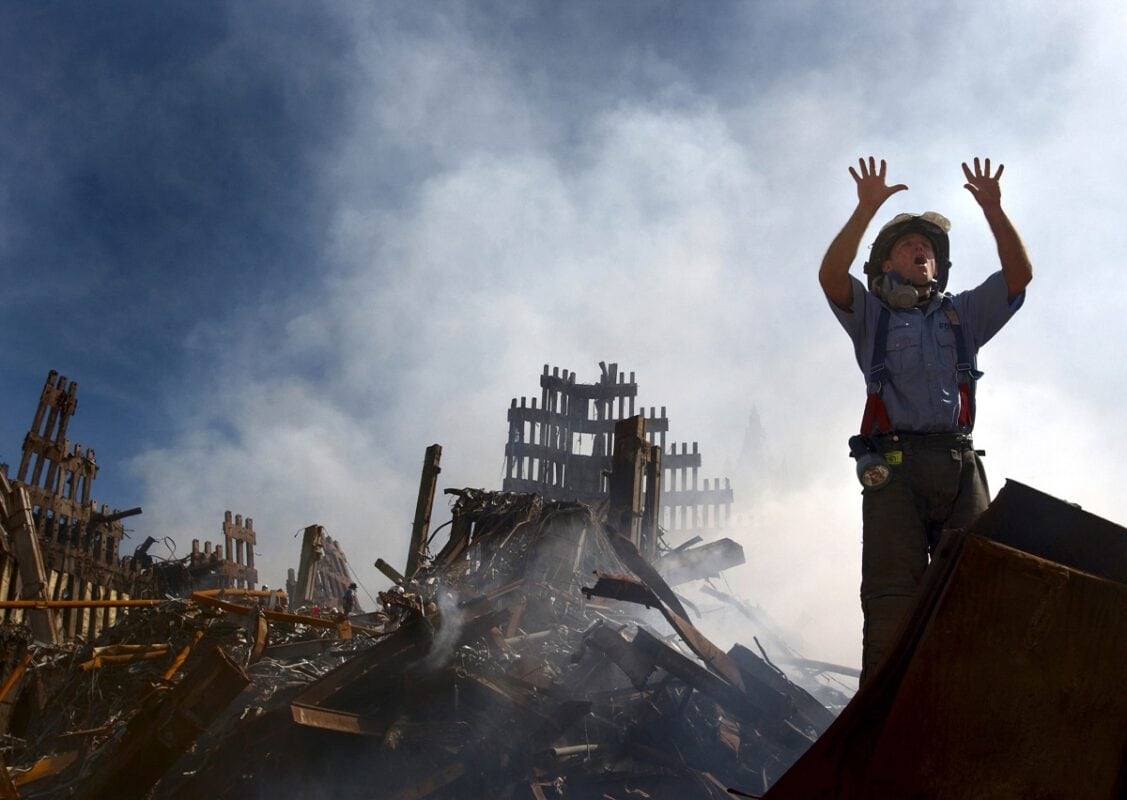 So a Jacksonian verdict on the war on terror twenty years hence might dwell on purpose and power. Purpose: it might be necessary to pursue terrorists to the ends of the earth to safeguard America, but interminable projects such as nation-building in Iraq or Afghanistan distract from genuinely vital interests endangered by the likes of China and Russia. Drawing down peripheral efforts should find favor with Jacksonian America. And power: the sudden collapse of the U.S.-supported Afghan regime and the haphazard evacuation of the country go against the Jacksonian preference for winning big and decisively. They doubtless find the denouement in Central Asia less than inspiring.

To all appearances, then, the giant roused on 9/11 is slumbering again on the twentieth anniversary of that day. But the Xi Jinpings and Vladimir Putins of the world should mute their glee. If Professor Mead is right—if different strains in U.S. foreign policy combine and recombine as circumstances change—China and Russia are precisely the kind of challengers that could summon forth Jacksonian America anew.

A 1945 Contributing Editor, Dr. James Holmes is J. C. Wylie Chair of Maritime Strategy at the Naval War College and a nonresident fellow at the University of Georgia School of Public and International Affairs. The views voiced here are his alone.