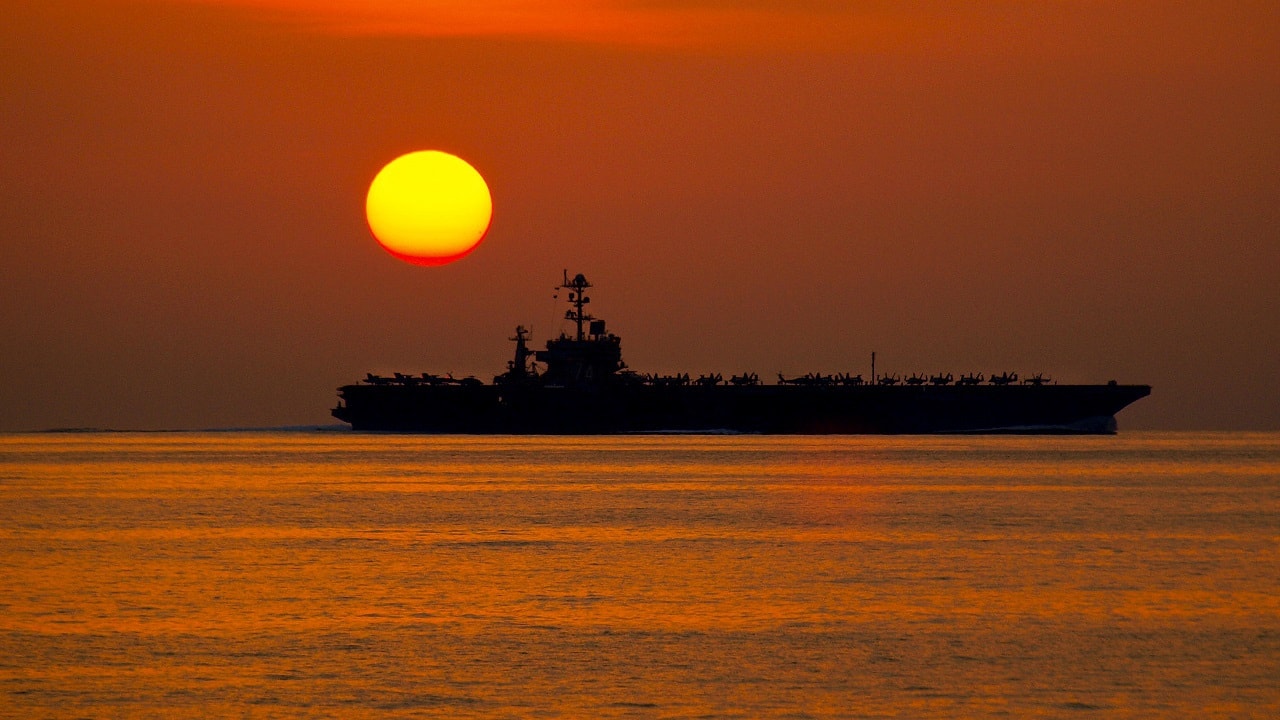 USS John C. Stennis – Will this aircraft carrier get a name change? The United States military likes to avoid controversy. As a result, USS John C. Stennis (CVN-74), the U.S. Navy’s seventh Nimitz-class carrier could return from its scheduled four-year mid-life refueling and complex overhaul (RCOH) – which essentially marks the “half-way” point in a nuclear aircraft carrier’s lifecycle – with a different name.

Nicknamed “Johnny Reb” – which in itself could be a problem these days – CVN-74 was commissioned in December 1995 and named to honor of Democratic Senator John C. Stennis of Mississippi. The lawmaker, who hadn’t lost an election in 60 years, has long been seen as an odd choice to receive such a naming honor, yet it still gained the approval of then-President Ronald Reagan in 1988.

The lead ship of the class of U.S. Navy supercarriers was named for World War II Fleet Admiral Chester W. Nimitz; while even the USS Carl Vinson (CVN-70) honored a Congressman who was known as the Father of the Two-Ocean Navy.

By contrast, Stennis had little to do with naval affairs. Moreover, the naming of the carrier has been the subject of controversy as he was an outspoken critic of civil rights and racial equality, while the nickname has also drawn its share of criticism in recent years.

Laid down in 1991, the seventh Nimitz-class nuclear-powered supercarrier was commissioned in December 1996. She completed her inaugural overseas deployment in the summer of 1998 when the crew of more than 5,200 sailors participated in six naval exercises and more than 700 shipboard drills. In May 2001, while part of Carrier Group 7 the ship served as what was described as the largest and most expensive outdoor theater when it was used for the world premiere of the film Pearl Harbor. During the special screening, more than 2,000 people attended the movie screening, which required special grandstand seating as well as one of the world’s largest movie screens assembled on the flight deck.

It was certainly happier times, and just months later, following the September 11, 2001, terrorist attacks on New York City, “Johnny Reb” was deployed to the U.S. Fifth Fleet in support of Operation Enduring Freedom. The carrier was later deployed to the Pacific, and in 2005 CVN-74 underwent an 11-month docking planned incremental availability (DPIA), the first time she had been dry-docked since commissioning. Upgrades included a new mast, which was heavier and taller.

After she returned to duty, John C. Stennis continued regular deployments in the Indo-Pacific Region. In January 2012, just days after Tehran had warned the U.S. Navy not to have the carrier sail into to the Persian Gulf – which was dismissed out of hand – the crew of the John C. Stennis led the rescue of an Iranian flagged fishing vessel that had been seized by pirates.

USS John C. Stennis is a Floating Air Base

Along with the other nine carriers of the Nimitz-class, USS John C. Stennis is essentially a floating airbase that can provide force projection around the globe.

The carrier’s embarked air wing consists of eight to nine squadrons of fixed-wing and rotary aircraft including Navy and Marine Corps F/A-18 Hornets, EA-18G Growlers, MH-60Rs, MH-60Ss, and E-2C Hawkeyes. As with other carriers in her class, CVN-74 has four catapults and four arresting gear engines that enable her to launch and recover aircraft rapidly and simultaneously.

Following her RCOH, CVN-74’s air wing will almost certainly include the F-35C, the U.S. Navy’s carrier variant of the Joint Strike Fighter.

In May 2019, the carrier arrived at her new home port of Norfolk, Virginia in advance for her planned RCOH. Plans for the RCOH began in 2018 when Huntington Ingalls Industries’ Newport News Shipbuilding received a $187 million contract to begin engineering-pre-overhaul inspections. That included material purchase and fabrication work that would be significant for the overhaul.

The ship went into the shipyard facility in May 2021. Over the next five years, the flight deck will be removed, as well as most of the ship’s computer and combat systems. The overhaul will also see the renovation of the tanks and other spaces, while the most significant part of the process is the refueling of the warship’s two reactors. That is followed by a total reconstruction of USS John C. Stennis, giving the vessel a new lease on life – along with potentially a new name.