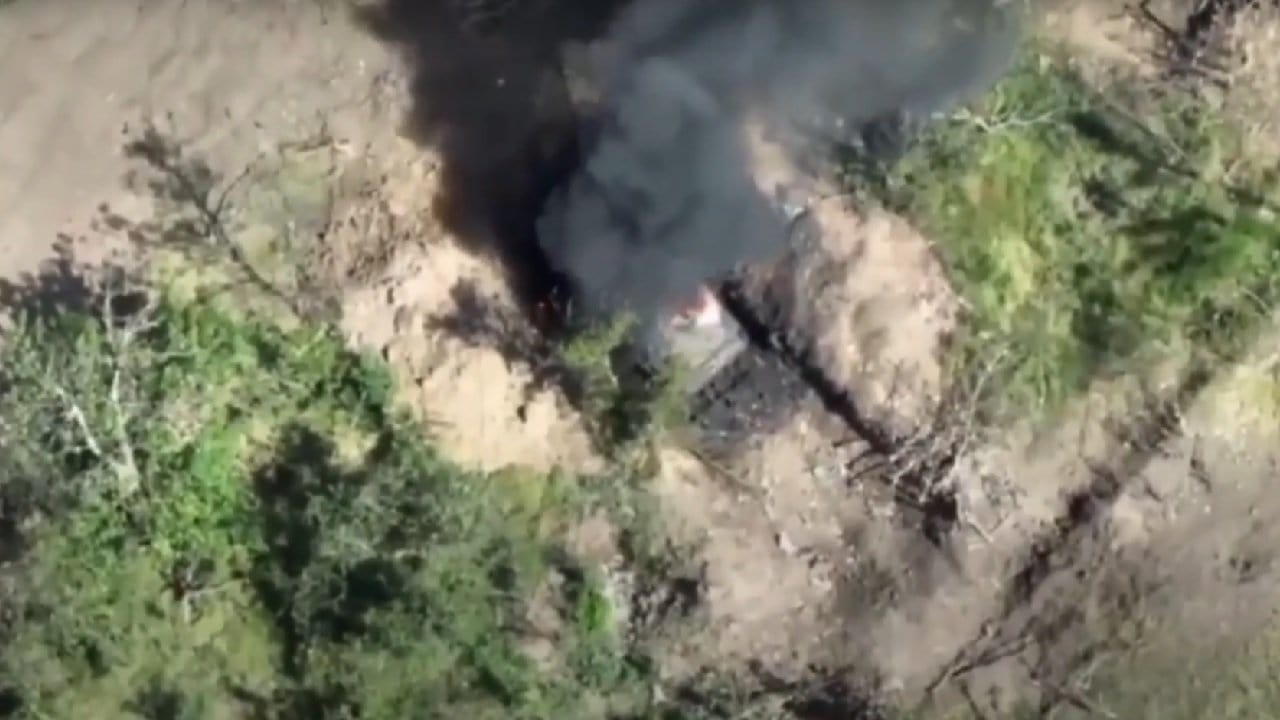 Video footage shared on social media by Ukraine’s 59th Motorized Brigade showed a Russian BMP tank on fire in Kherson. The footage, which appears to have been recorded by an unmanned aerial vehicle, shows the tank on fire with black smoke billowing from the inside of the vehicle.

“It is hot and hot in the Kherson steppes today. So much so that racist armored vehicles ignite like a match.”

The post describes how the soldiers of the 59th Motorized Brigade confirmed the “complete destruction” of an enemy BMP.

Activated in December 2014, following the annexation of Crimea by Russia, the 59th Motorized Brigade became fully operational in 2015. Soldiers in the brigade fought in the war in Donbas, as well as the ongoing Russian invasion of Ukraine.

The June 7 post reveals little in the way of details, not specifying the exact location of the attack or the weapon used to destroy the Russian tank. However, the footage comes as Ukrainian troops regain some ground in the Kherson after strengthening their positions around the city.

What’s the Latest In Kherson?

Kherson, one of the earliest victories for Russian forces in this year’s invasion, is slowly being retaken by Ukrainian forces.

France 24 reported this month how, despite lacking modern weaponry, Ukrainian infantrymen were not only defending their positions but also successfully striking some enemy positions.

“Most of the time, we are just defending our positions, but in some places we counterattack,” a Ukrainian artilleryman told the French news outlet. “This morning, our air force bombed enemy positions.”

Despite strengthening positions around the city, however, the occupied Ukrainian city could be one of the first parts of the country to be officially absorbed by Russia in the same way Crimea was annexed in 2014.

Kirill Stremousov, the deputy head of the Kremlin-backed Military-Civilian Administration, said on Tuesday that there is a good chance that a referendum will take place in the city. The referendum would ask local residents whether they want to be absorbed into Russia or exist as an independent state – although, Western and Ukrainian officials have warned that any such referendum would be illegal and illegitimate.

A referendum could take place at any time in the coming days, weeks, or months, with Russian officials had already formed a regional government in the city. Steps have also been taken to phase out the Ukrainian currency.

Stremousov not only alluded to an upcoming referendum, but also suggested that elections would take place afterward.

“And the next stage will be the elections, which we will hold directly on the territory of the liberated Kherson region. And then we will continue to work legislatively,” the pro-Kremlin official said.