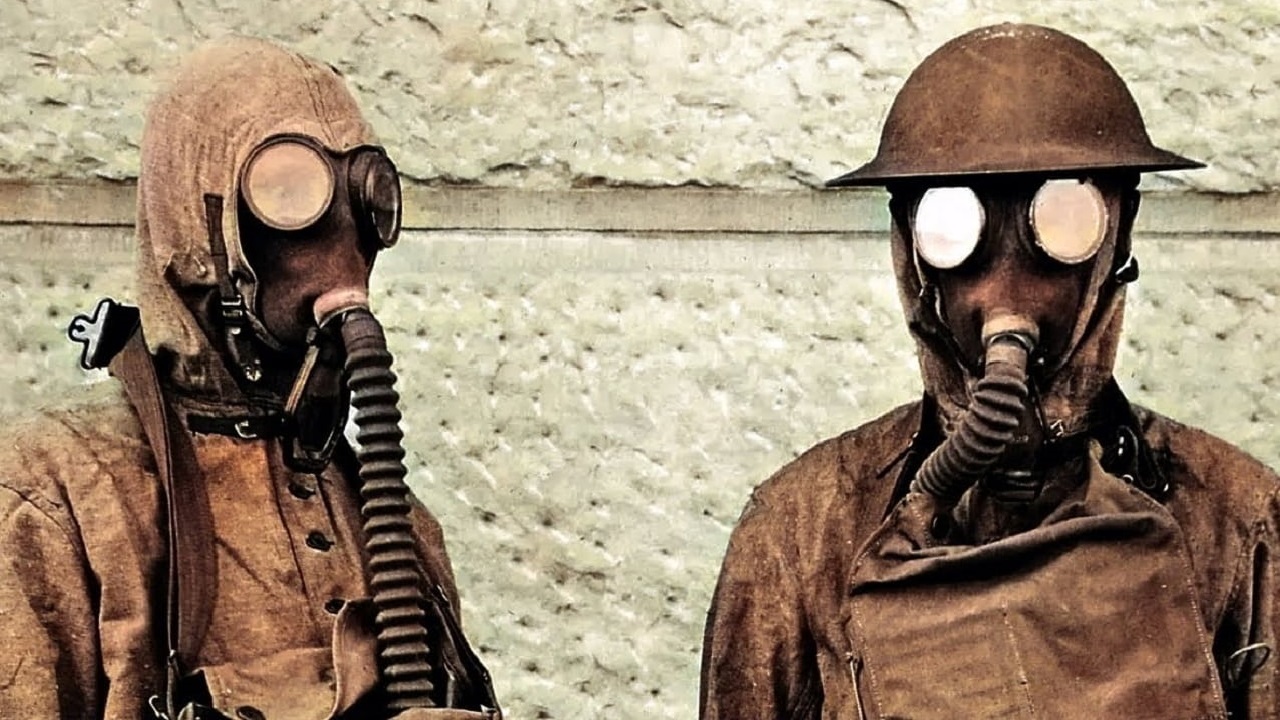 What if World War I Had Kept Going? On Nov. 14, 1918, American Expeditionary Force artillery spoke once more. Hundreds of American 75mm guns hammered German positions on the east bank of the River Meuse. After a barrage lasting half an hour, tens of thousands of Doughboys went over the top. Gen. John J. Pershing’s grand offensive toward the German Rhine and Saar valleys had begun.

At the November meeting of the Supreme War Council, Pershing argued that the Allies had the advantage in men, material and momentum over Germany. As such, he pushed for harsh peace terms that would guarantee Germany could not wage war again. Pershing, who was never shy about defending his prerogative as the commander of the American Expeditionary Force, asserted himself now. Pershing argued that as commander of the strongest army on the Western front – one growing stronger still – he was first among equals. Gens. Douglas Haig and Ferdinand Foch reluctantly acquiesced, and Foch added Pershing’s demands to his own at the armistice talks. These included surrender of all occupied territory and the withdrawal of the German army behind the Rhine. Not surprisingly, Berlin rebuffed the Allies’ tough terms. Pershing was not displeased. “A Carthaginian peace it is then,” Pershing remarked to Marshal Henri-Philippe Petain, the only Allied general officer with whom the intransigent American got along.

World War I, or the Great War, would go on.

By November, General Pershing was an army group commander. The 1st and 2nd armies were on the Meuse, while the 3rd Army was at St. Mihiel, activated by Pershing earlier in the week. The AEF numbered over 2 million men. They were arrayed in 38 divisions, each the size of a British or French army corps. Most had seen combat. With more than 100,000 men arriving from the United States each month, the AEF was more than capable of carrying on the war – alone if need be.

On the east bank of the Meuse, General Max von Gallwitz’s army group waited for the inevitable American offensive. Gallwitz’s divisions had inflicted heavy casualties on the 1st Army during the  Meuse/Argonne campaign, gradually retreating from stellung to stellung as Pershing’s raw divisions blundered north. But by early November, Gallwitz’s divisions were beaten and exhausted. Worse, unlike the wooded, hilly Meuse Argonne, the east bank of the Meuse and the Woevre Plain were flat, open, and only occasionally punctuated by defendable terrain. Gallwitz’s forces had had months to prepare the stellungs of the Meuse-Argonne. They had mere days to prepare now.

Pershing had perfectly positioned the AEF to continue the war. In the north of the American sector, the  1st Army under Gen. Hunter Liggett was outside of Sedan and organized into three corps. The 61-year-old, rotund Gen. Liggett, whom Pershing had tried to send home for being fat, had almost singlehandedly rescued the stalled Meuse-Argonne offensive upon taking command of the American 1st Army on Oct. 12. After wrapping up the attacks on the Kriemhilde Stellung, Liggett paused to rest and reorganize the 1st Army, and unsnarl its hopelessly jammed LOC. On Nov. 1, Liggett launched the final attack of the campaign. The 1st Army shattered Gallwitz’s defenses on the Freya Stellung and forced the Germans to withdraw across the Meuse.

On Nov. 14, Liggett’s 1st Army attacked on a three-corps front.  On the left flank, the mighty Big Red One advanced toward the Belgian border in support of the grand Allied offensive to the north. In the center, Gen. Douglas MacArthur’s 42nd “Rainbow” Division, an amalgamation of National Guard infantry regiments from New York, Iowa, Ohio, and Alabama, pushed toward the central German logistics hub at Montmedy.  On the right flank, Gen. William Wright’s 89th Division advanced east, southeast toward the Briey-Longwy Iron Basin, a prize long coveted by Pershing. With elite, battle-experienced divisions leading the way, Liggett’s 1st Army advanced 4-5 miles per day on all fronts.

In the South, Robert Lee Bullard’s 2nd Army had already been fighting for the heights above the Meuse when armistice negotiations failed. Back at Pershing’s headquarters in Chaumont, the head of the AEF’s operations section, the harrowed and much put-upon Col. George Marshall worked tirelessly to reinforce Bullard for the planned offensive. By Nov. 14, Bullard’s 2nd army had increased from four to nine divisions.

On the morning of Nov. 14, Bullard’s army attacked southeast across the Woevre Plain. Bullard’s first objective was the fortress city of Metz. On most days, the badly battered and outnumbered Germans offered stout resistance early on, but sensibly withdrew once the Americans achieved their initial breakthrough and brought superior numbers to bear. In this way Bullard’s 2nd Army advanced toward Metz. The Germans made a stand at Jarny, and Bullard wisely delegated the task of taking the town to Marine Gen. John A. Lejeune’s veteran 2nd Division. The Marines, who had won glory at Belleau Wood, Soissons, and the Meuse Argonne, added Jarny to their battle roll, and had complete control of the town by Nov. 20. Bullard’s 2nd Army rolled east, taking towns made famous by the Prussians in the last century: Mars la Tour and Gravelotte.

Metz lay within reach of the 2nd Army. Gen. von Gallwitz withdrew several divisions into Metz and hoped the Americans would launch headlong attacks against the cities’ defenses, repeating their mistakes of earlier in the war. But Bullard had learned the folly of direct attacks on fortified positions using Pershing’s misconceived “open warfare” tactics. Instead Bullard isolated Metz and consolidated his hold on the west bank of the Moselle.

Even worse for Gallwitz, Pershing was moving the American 3rd Army, bringing nine further divisions into position for an attack across the Moselle. The 3rd Army was commanded by Gen. Joseph T. Dickman, one of Pershing’s most experienced generals. The 3rd Army’s nine divisions were fresh and well supplied, with open LOCs running all the way back to Brest and Le Havre.

Gallwitz made the German high command aware of the new American army even than crossing the Moselle preparatory to advancing against Saarbrucken. “I cannot stop the Americans,” Gallwitz told them frankly. The German government wisely sued for peace, but now on much tougher terms than those offered by Foch in the railroad car.