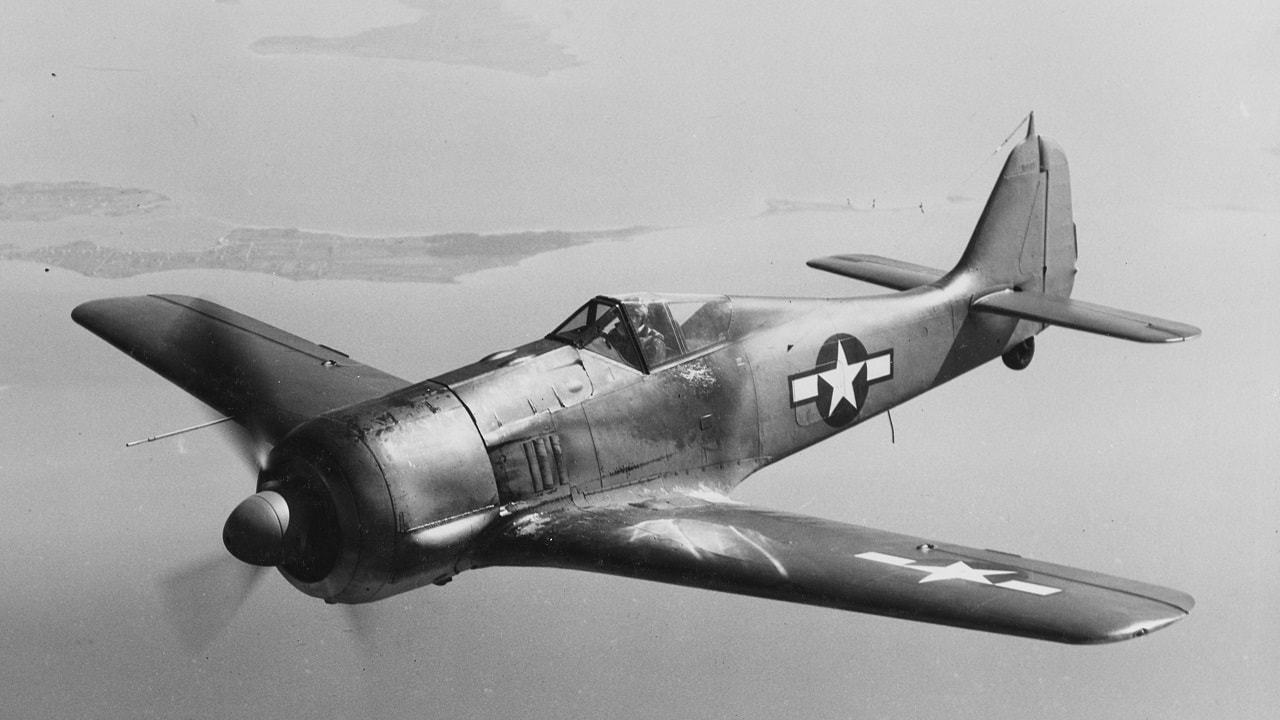 So much has already been written about Nazi Germany’s Focke-Wulf FW 190 Würger, or “Shrike,” WWII fighter plane, that it will be hard for Yours Truly to add anything truly profound in a short essay. That said, let’s take a quick look at the Luftwaffe’s fearsome warbird.

The FW 190 was designed by German aerospace engineer and test pilot Kurt Waldemar Tank during his time at Focke-Wulf Flugzeugbau Aktiengesellschaft (one of the predecessors of present-day Airbus).

In tandem with the Messerschmitt Bf 109, the FW 190 was the backbone of the Luftwaffe’s Jagdwaffe, or fighter force. They were a formidable one-two punch. The Bf 109 was the older member of the team. It had already seen combat in the Spanish Civil War of 1937 as well as the invasion of Poland in 1939, the defeat of France in 1940, and the Battle of Britain. The younger Würger made its maiden flight on June 1, 1939, and didn’t go into frontline service until August 1941. The newcomer made up for lost time in a big way, as Allied bomber crews — who ended up nicknaming the aircraft the “Butcher Bird” — would ruefully attest.

The Bf 109 has the greater bragging rights, having been flown by the three top-scoring fighter aces of all time. But the FW 190 produced its fair share of aces as well, which is not surprising when you consider that the Focke-Wulf packed heavier firepower. The most popular variant was the A-8 version, which was armed with four Mauser MG 151 20mm autocannons, with two mounted in the wing root and two mounted on the outer wing. Later models were even fitted with a 30mm cannon and air-to-air rockets. The cannon not only proved devastating against Allied bombers, but it also came in handy as a tank-buster.

In addition, the Würger was far more maneuverable than the Messerschmitt at low to medium altitudes, and it offered superior rearward visibility thanks to the fuselage and canopy designs.

Arguably the FW 190’s greatest impact came in response to the American B-17 bombing raids against the ball-bearing plants at Schweinfurt and Regensburg on Oct. 14, 1943. Some 60 of the 291 attacking bombers were shot down, and the Focke-Wulfs got the lion’s share of the kills.

If the speed and maneuverability of the FW 190 weren’t intimidating enough, the well-armored German warbird could also absorb a fair amount of punishment. Though the German plane was arguably not quite as tough to kill as the American P-47 Thunderbolt, the late great Martin Caidin, arguably the most prolific aviation author of all-time, went on to make a fairly mind-boggling claim about the FW 190’s durability in his book Black Thursday (a gorily detailed and harrowing account of that Schweinfurt raid):

“The official book says that the bullets [fired from the Browning M2 .50-caliber machine gun] will penetrate ‘any and all parts of an airplane,’ but the man who wrote the book hasn’t seen .50-caliber rounds bouncing harmlessly off the thick belly armor of the FW-190’s.” (Emphasis added.)

For what it’s worth, and with all due respect for the memory of Mr. Caidin, I haven’t seen any independent corroboration of his claim about the superbelly of the FW 190. When I recently posed the question on Quora, fellow aviation buffs responded that this was probably an exaggeration.

Meanwhile, Luftwaffe ace Oberleutnant (1st Lieutenant) Richard Franz had this to say about engaging Allied aircraft while at the controls of the FW 190:

“When we made our attack, we approached from slightly above, then dived, opening fire with 13mm and 20mm guns to knock out the rear gunner and then, at about 150 metres, we tried to engage with the MK 108 30mm cannon, which was a formidable weapon. It could cut the wing off a B-17. Actually, it was still easier to kill a B-24, which was somewhat weaker in respect of fuselage strength and armament. I think we generally had the better armament and ammunition, whereas they had the better aircraft.”

In any event, it wasn’t until the advent of the P-51D Mustang that the B-17s and B-24s had an a full-time guardian angel to protect them against the predations of the “Butcher Bird.”

Out of the more than 20,000 FW 190s built, 23 are known to survive today. Of these survivors, the only original flyable Focke-Wulf 190A fighter to take to the skies with a genuine BMW 801 engine is housed at the Flying Heritage & Combat Armor Museum in Everett, Washington.