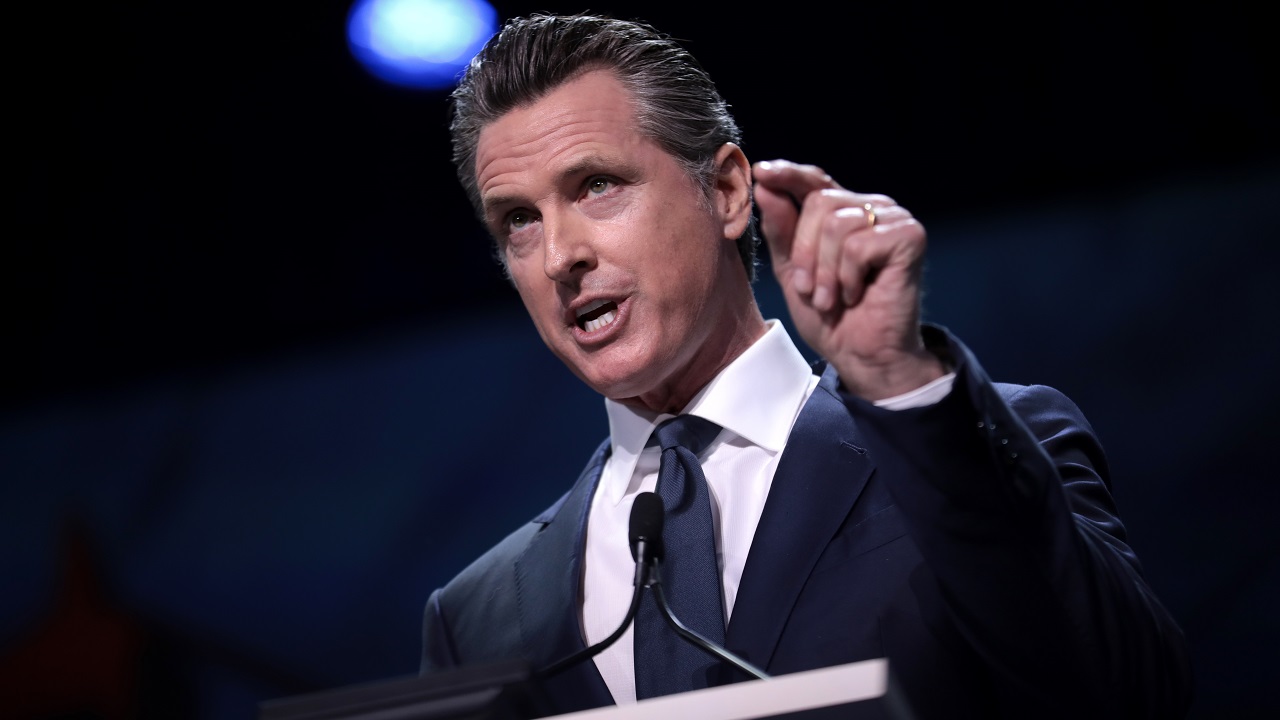 Less than a year ago, it would have seemed laughable to ponder California Gov. Gavin Newsom running for president in 2024.

For a time, polls showed he could lose the recall vote and be replaced by a talk radio host. Merely reaching the threshold of enough signatures to force a recall vote indicates a significant dislike for a governor in a state the size of California. A state that was formerly a symbol of economic vibrancy has descended into a dystopian, third-world wasteland on his watch. Income inequality has skyrocketed. So many people left that the state was lucky to only lose one congressional district.

So, well, it’s still sort of laughable to think Newsom could win a general election. But, he could be well-positioned to win the Democratic presidential nomination.

Many things have to happen. A lot of Democrats don’t want President Joe Biden to run for a second term. But the alternative, Vice President Kamala Harris, is even more alarming to Democrats looking at her favorable ratings. If Biden opts not to run for age or health reasons, Democrat heavyweights might seek a way to give Harris a soft landing, with a high-paying corporate board seat or a more noble post as a president of an Ivy League university.

Or, if not, maybe Democrats consider Harris weak enough to challenge in a primary without Biden.

A recent Yahoo News/YouGov poll, conducted in late June, showed that Newsom fared better in hypothetical general election matchups with either former President Donald Trump or Florida Gov. Ron DeSantis than either Biden or Harris would against the two leading Republican prospects for 2024. Interestingly, this particular poll showed each Democrat winning a narrow margin over each Republican. But, there were fewer undecideds when the question involved Newsom.

Newsom is likely watching polls and must have at least wanted the speculation when he appeared in an ad campaign aired throughout Florida urging Floridians to leave the state to come to California. While that sentiment is absurd considering Florida is among the states Californians flee to, it was designed to troll DeSantis.

Picking a fight with the second-highest polling Republican in the country is not a bad strategy, since every Democrat is already at war with the top polling Republican, Trump. And Newsom already declared victory over Trumpism with his recall victory in 2021.

He not only won but did so in stunning fashion, as about two-thirds of voters rejected the recall, defying many of the polls that projected a close contest.

The recall effort boosted his national profile, much as the failed 2012 recall of Wisconsin Gov. Scott Walker did. Of course, Walker seemed to be that candidate that checked most of the right boxes but never caught on when he ran for president. Newsom’s fate on that remains to be seen. But there’s no doubt he has used the recall victory to burnish his national profile.

As NBC Bay Area political analyst Larry Gerston said, “Gavin Newsom has made it a point to extend his presence on national issues, and position himself, so, that if for some reason Biden doesn’t run, and if Harris falters, there is Newsom.”

If, if, and if. It would be a pretty curvy road to the White House for Newsom for 2024. And, while he seems to be polling well now, it seems the concerning situation California finds itself in would perhaps be a disqualifying factor for general election voters.

However, Newsom has pushed new gun control laws, making California an abortion sanctuary state, and other progressive policies that thrill Democratic primary voters. He could likely go to the primary debate stage and declare he has delivered more progressive results than the other candidates—perhaps including the administration of his fellow California and embattled vice president.