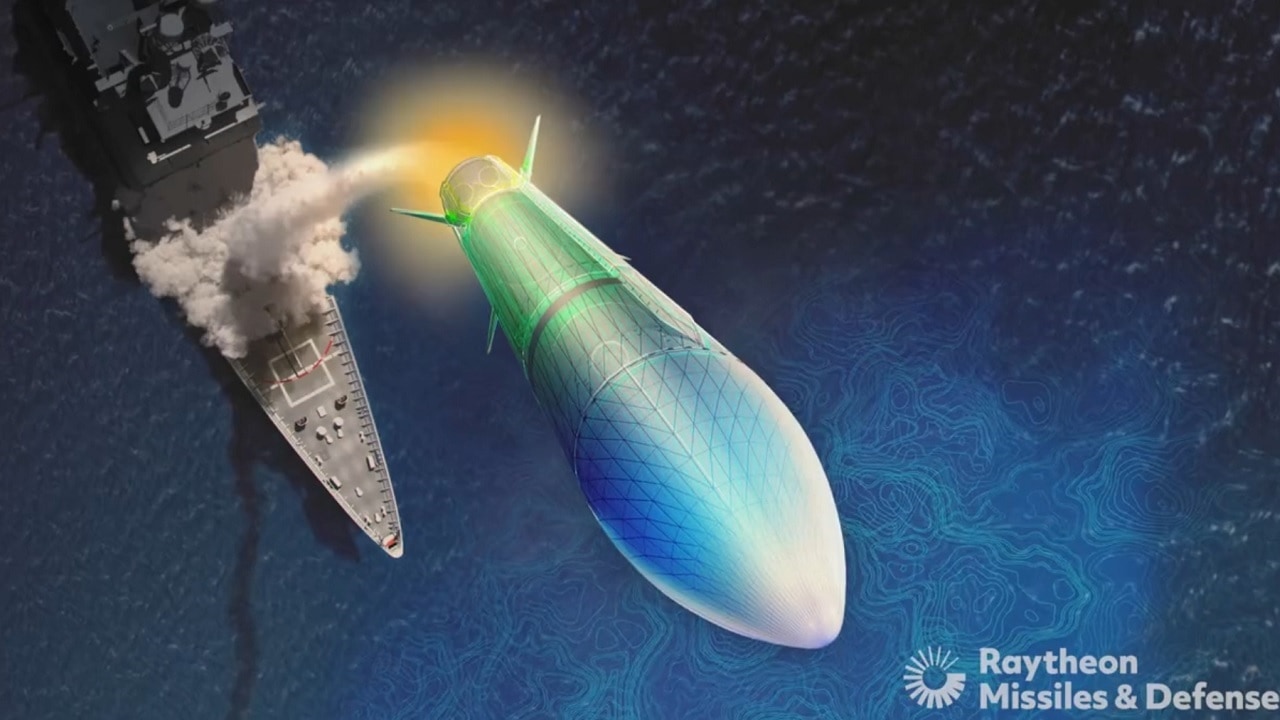 The reader may know that China and Russia have jumped ahead of the United States in the race to field hypersonic missiles. But the Americans aim to strike back. They are focused on developing air defenses against hypersonic weapons in a fledgling program called Glide Phase Interceptor. The program seeks next-generation defenders to destroy enemy missiles that fly at speeds exceeding Mach-5.

Let’s see how this cat-and-mouse game plays out between ultra-fast and maneuverable missiles on one side, and U.S. interceptors on the other. Will the Americans respond in time to even the playing field?

The U.S. Missile Defense Agency must answer the call if the United States is to maintain parity in the realm of hypersonics. The Agency has chosen Raytheon and Northrop Grumman to develop the next generation of hypersonic defense systems. The two bid winners were announced June 24 in contract modifications that will cost $41.4 million.

While the program is in its early phases and details are limited, Raytheon released concept art that shows its missile defender firing an interceptor from a ship. Raytheon has unveiled a few clues, including indications that its prototype may be paired with the U.S. Navy’s Aegis combat system. “Glide Phase Interceptor will be integrated with modified Baseline 9 Aegis Weapon System to detect, track, control and engage hypersonic threats in the glide phase,” Raytheon has stated. Glide phase is the middle phase in a hypersonic missile’s flight, and it is the stage at which the weapon is believed to be most vulnerable.

Northrop Grumman takes a different approach. It wants to track hypersonics from space using the Hypersonic and Ballistic Tracking Space Sensor. This is a constellation of hundreds of satellites in low earth orbit that could use global detection capabilities to spot a hypersonic missile launch. It then would communicate with the Glide Phase Interceptor and destroy incoming missiles flying above Mach-5.

Northrop Grumman is gambling that it will be picked as the lead defense contractor for the space tracking system. It is already in a competition for this system with Raytheon, Leidos, and L3Harris.

Both Ideas Have Merit

Aegis is a mature and proven system. There is also Aegis Ashore, a ground-based missile defense system in Poland that could field Raytheon’s prototype and destroy hypersonics from Russia. But the space-based system has global spotting and tracking coverage, while Aegis would have to rely on the Navy’s ships and Aegis Ashore to protect against hypersonics. Both plans have merit, and this will be an interesting competition.

The U.S. Government Accountability Office (GAO) has analyzed the competition and predicts that it will be expensive and contentious. The GAO believes the Missile Defense Agency alone will not be able to track the technological and cost developments resulting from the competition, and it concludes that an outside entity independent of the Missile Defense Agency is needed to evaluate technology and monitor costs.

I’m excited about this competition, and I wonder if the Missile Defense Agency might find the money and resources to pick both prototypes – or elements of each. Both could be part of the solution. Where one fails to test adequately, the other could take its place. I’m leaning toward the option of using a space-based constellation of satellites, though, as it offers obvious coverage options for hypersonic launches around the world. But the Aegis option may be faster to acquire, cheaper, less risky, and easier to integrate.

If the GAO convinces the Department of Defense and Congress to maintain proper oversight of the competition, it should create a system that can protect the homeland against enemy hypersonics – a major aspect of 21st century warfare.