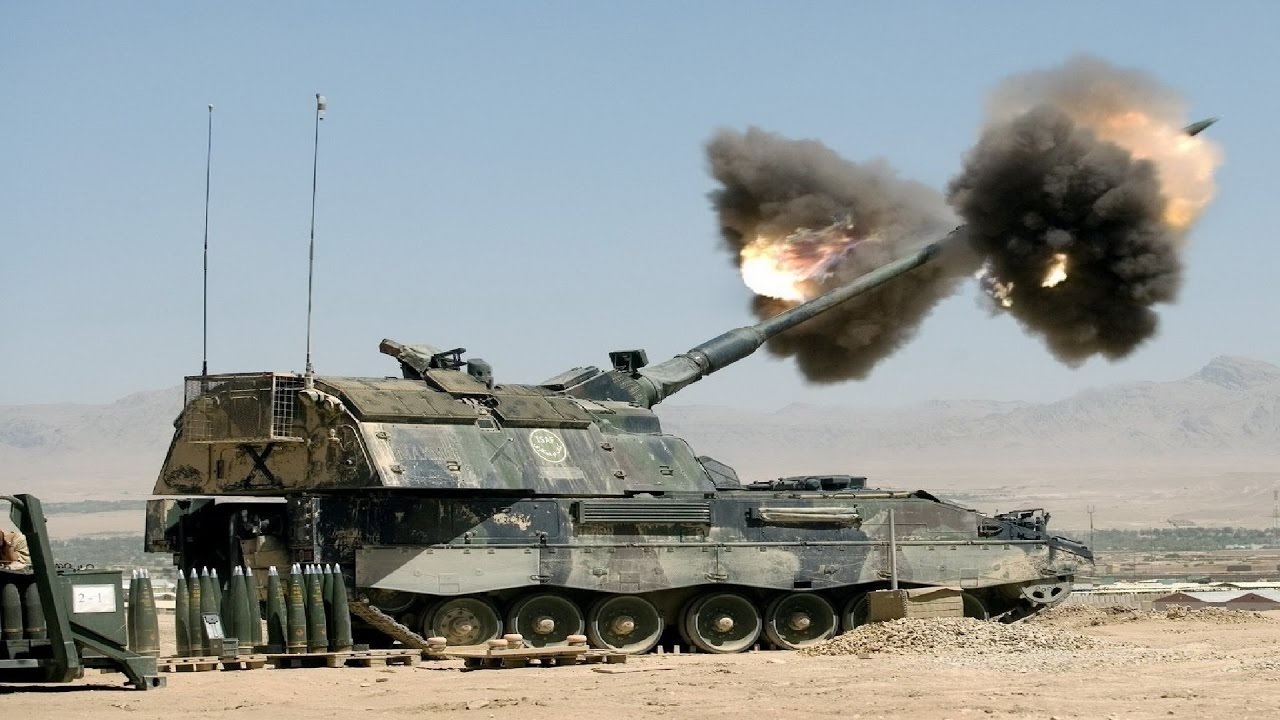 Germany’s Contribution to Ukraine’s Artillery Arsenal – With reports appearing this week that Germany approved a Ukrainian purchase of 100 Panzerhaubitze 2000 howitzers, Germany’s contribution to Ukraine’s artillery arsenal has reentered the spotlight. However, that order would not be the first examples of the Panzerhaubitze 2000 to have entered Ukrainian service, as the handful which has been donated by Germany and the Netherlands thus far have already found use in Ukrainian service.

According to Krauss-Maffei Wegmann, the Panzerhaubitze 2000 has a range of 30 kilometers with standard ammunition, 40 kilometers when utilizing base-bleed munitions, or 54 kilometers or more when utilizing certain specialized guided munitions such as the volcano or excalibur shells. Base-bleed is an aeronautic improvement to projectiles which reduces their drag in order to increase their range. The Panzerhaubitze 2000’s autoloader allows it to fire at a rate of four rounds per minute, which is augmented by a fire control computer to calculate projectile ballistics and coordinate with an artillery control system.

Put to Good Use in Ukraine

To date, the Panzerhaubitze 2000 has seen significant service since it first entered Ukrainian service.

On May 6, the German and Dutch governments announced that they would send Ukraine 12 Panzerhaubitze 2000s and would begin training Ukrainian crews on the weapon immediately. The German howitzers were to be taken from the German Bundeswehr’s maintenance pool as to avoid disruptions to its own arsenal. An additional six Panzerhaubitze 2000s were promised to Ukraine by the Netherlands and Germany on June 28 on the sidelines of the 2022 Madrid NATO Summit.

On June 21, Ukrainian Minister of Defense Oleksii Reznikov announced on Twitter that the Panzerhaubitze 2000s then in Ukrainian possession, had officially been brought into service. Ukrainian artillerists using the howitzer in combat interviewed by Radio Free Europe/Radio Liberty spoke highly of its ability to tear through armored and non-armored targets alike as well as its ease of operation, which requires minimal physical intervention on the part of the crew.

Ukrainian media sources have also praised the performance of the howitzer in Ukraine’s Donbas region. Western artillery systems such as the Panzerhaubitze 2000 delivered to Ukraine in the last three months have proven instrumental in blunting Russia’s advantage in artillery fires in Donbas, helping to slow its advance.

First reported by Der Spiegel on July 27, Germany’s government approved the sale of 100 new Panzerhaubitze 2000s to Ukraine. The scale of the order means that it will likely not be fulfilled for several years, even though Krauss-Maffei Wegmann has already started manufacturing them. However, the pace of fighting appears to have taken a toll on Ukraine’s existing arsenal of Panzerhaubitze 2000s, with several examples reportedly needing urgent repair as a result of the high intensity of wear and tear that active combat service in Donbas has brought on.