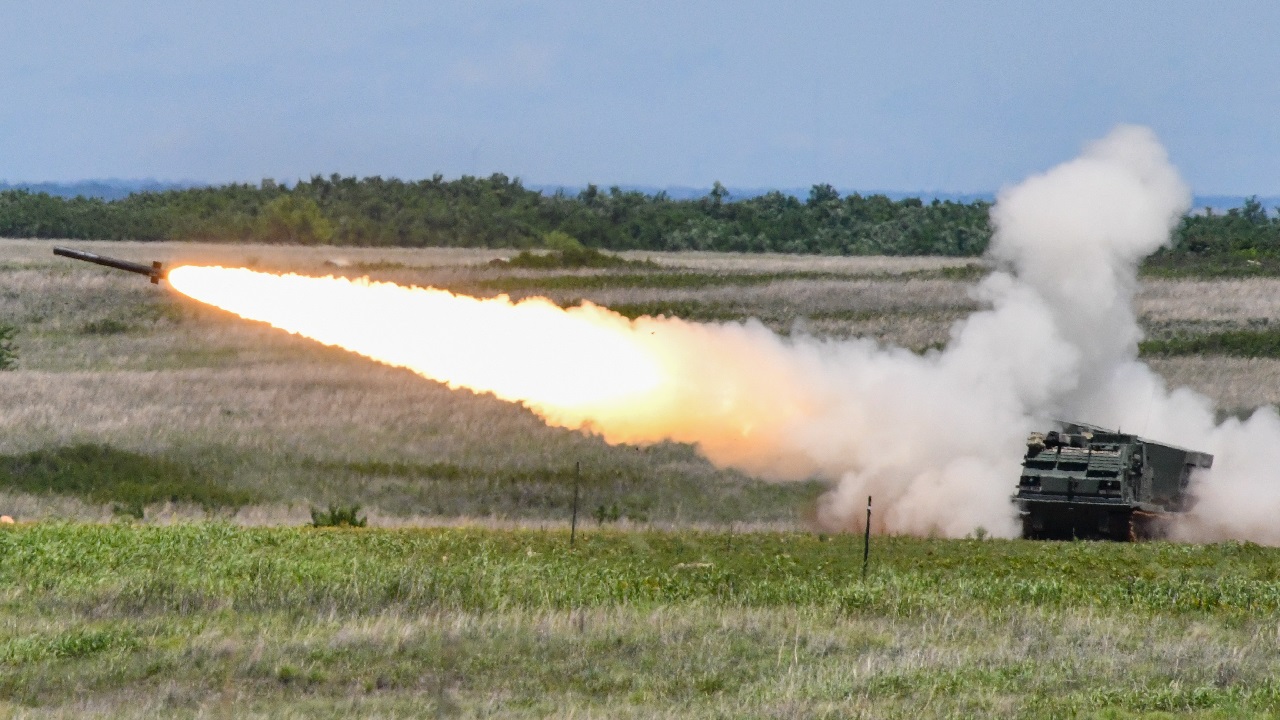 An M270 Multiple Launch Rocket System (MLRS) fires a rocket for training at Fort Sill, Oklahoma, May 26, 2022. The MLRS can fire precision-strike missiles up to 310 miles and their main armament up to 19.9 miles. (U.S. Air Force photo by Airman 1st Class Miyah Gray)

On day 147 of the Russian invasion of Ukraine, the Russian military has failed to achieve a breakthrough in the Donbas despite the renewal of major offensive operations in eastern Ukraine.  The Ukrainian forces are holding the line and continue to exact a heavy price from the Russian troops. (read more of our extensive, expert-written analysis on the war in Ukraine here)

Events Are Brewing in Kherson, Ukraine

In its daily estimate of the war, the British Ministry of Defense touched on the situation in the Donbas region of Ukraine but mainly focused on what is going on in and around Kherson, the strategic Ukrainian city in the south.

One of the first major (and probably the most important) Ukrainian urban centers to fall, Kherson was captured within days of the start of the invasion. Reports have indicated that the Russian intelligence services had recruited Ukrainian agents within the city to facilitate its quick capture.

One of the main reasons why Kherson is important is because it has been serving as the “flagship” of Moscow’s plans with respect to occupied Ukrainian territory. Ukrainian children from the vicinity are being relocated to Crimea for their upcoming school year, while interested Ukrainians can now receive Russian citizenship very quickly. Indeed, Russian President Vladimir Putin and his Kremlin advisers seem to have chosen Kherson as the blueprint for their annexation of occupied Ukrainian territories.

“On 19 July 2022, the authorities in Russian-occupied Kherson reported that the Antonovskiy Bridge over the Dnieper River had been struck by Ukrainian forces. Social media posts showed apparent battle damage to the bridge’s roadway,” the British Ministry of Defense stated.

The Ukrainian military has been nearing Kherson for some time now. A few days after Russian forces launched their renewed offensive in the Donbas, the Ukrainian military launched a counteroffensive in the direction of Kherson and Zaporizhzhia. After a very slow rate of advance, the Ukrainians are within reach of Kherson. Now, they are using their new High Mobility Artillery Rocket Systems (HIMARS) and other long-range fires to take out Russian ammunition depots and are also targeting the Russian lines of supply.

“It is highly likely that the bridge remains usable – but it is a key vulnerability for Russian Forces. It is one of only two road crossing points over the Dnieper by which Russia can supply or withdraw its forces in the territory it has occupied west of the river,” the British Ministry of Defense added.

“This area includes the city of Kherson, which is politically and symbolically important for Russia. The lower reaches of the Dnieper present a natural barrier, with the waterway typically around 1000m wide. Control of Dnieper crossings is likely to become a key factor in the outcome of fighting in the region,” the British Military Intelligence assessed.

The Russian military seems to be running out of steam, so to speak. Lack of ammunition and basic supplies because of the Ukrainian long-range fires now join the pervasive manpower issues that the Russian military has been facing for some time now. Time is running out for Putin, and his Kremlin advisers concerning Kherson and, indeed, potentially other occupied Ukrainian territories, and they might try to annex them in the immediate future because that would provide some sense of security—howsoever legally bogus that might be—to the territories as they would nominally be considered part of Russia.

According to the Kremlin, the Russian military’s primary objective in Ukraine right now is to establish complete control over the pro-Russian breakaway territories of Donetsk and Luhansk and link them with Crimea through a land corridor.