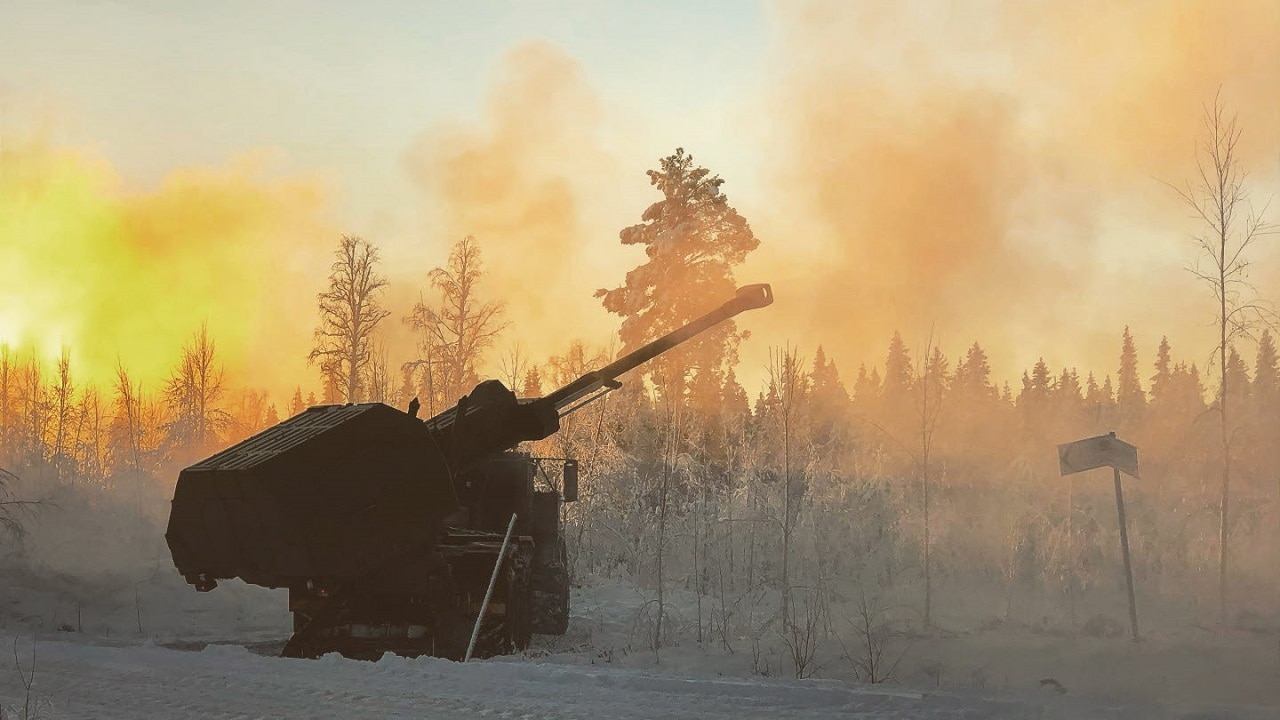 Methodical and Relentless: Russia’s war Donbas likely to continue through the summer – The General Staff of the Ukraine Armed Forces (UAF) on Monday confirmed that President Volodymyr Zelensky’s troops have withdrawn from Lysychansk. In the face of Russia’s superiority “in artillery, aviation, MLRS, ammunition, and personnel,” the General Staff reported, “the continuation of the defense of the city would lead to fatal consequences.” The UAF, the General Staff spokesperson continued, would nevertheless “be back and we will definitely win!”

They are almost certainly wrong, however, and it is time to face an increasingly unavoidable reality: In all likelihood, the Ukrainian Armed Forces will continue to suffer loss after loss, surrendering more territory to the Russians. If Kyiv and the West continue ignoring combat reality long enough, Ukraine may suffer an outright military defeat. Based on the public statements by senior Kyiv and Washington leaders, however, one might be forgiven for thinking Ukraine was actually winning.

U.S. retired general Ben Hodges said in late June that he is “convinced that the Ukrainian army will be able to push the Russians back to their Feb. 24 positions by the end of this year.” Last Friday, Zelensky reiterated Ukrainian Armed Forces would continue fighting, saying that step by step, “we will drive [Russia] out of our sea, our land, and our sky.”

But that is almost the opposite of what is actually happening on the battlefield.

Despite what the Ukrainian president and American general say, there is no valid military basis on which to support the hope that Ukraine will win its war. Consider the situation that has unfolded in the eastern part of the country.

As I outlined in detail at the outset of the Battle of Donbas in mid-April, Russia started with substantial advantages in manpower, tanks, personnel carriers, artillery, rockets, and combat aviation. Russia has exploited its advantages over the past two-plus months grinding down the Ukrainian defenders. Many in the west routinely describe Russia’s progress as “tiny advances” and “plodding,” but when viewed over time, the more accurate terms should be: methodical and relentless. 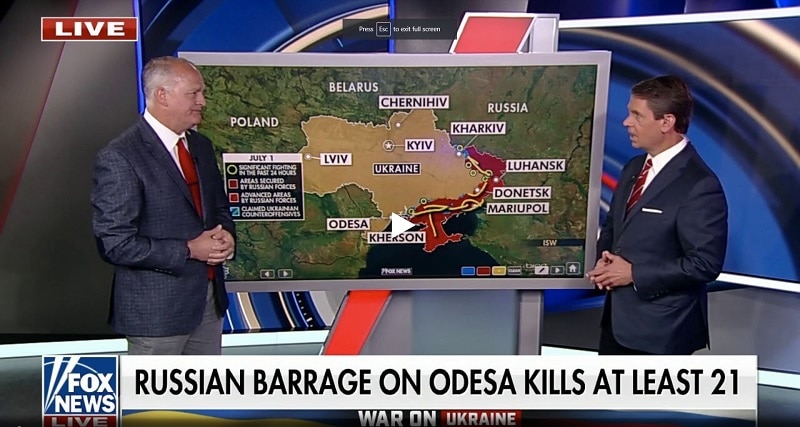 Now a 1945 Contributing Editor, Daniel L. Davis is a Senior Fellow for Defense Priorities and regular guest on various news programs to discuss the war in Ukraine. Here is Davis breaking down the latest for Fox News.

Since April, Russia has captured major towns and cities such as Izyum, Rubizhne, Kreminna, Poposna, Zolotoe, Severodonetsk, and as of Sunday, Lysychansk.

In some ways, however, the biggest setback for Ukraine hasn’t been the loss of territory so much as the loss of its best-trained and experienced troops. Russia has been imposing up to 1,000 total Ukrainian casualties per day in the Donbas. Reports suggest that Ukrainian troops evacuated Severodonetsk and Lysychansk by rubber boats. Because the Ukrainian General Staff waited too late to order the evacuation, their forces left without their equipment, abandoning large quantities of tanks, personnel carriers, and most critically, artillery pieces.

The sum total of all heavy weapons delivered or promised by the West to Ukraine has been only a small percentage of what’s actually needed but will not likely be enough to offset the substantial losses Ukraine suffered in its recent defeats, much less enable a counteroffensive in mere weeks from now. A senior Ukrainian military official admitted that even before the twin defeats in Severodonetsk and Lysychansk, the UAF had lost approximately 50% of its pre-war stocks of heavy weapons. Even the arrival of a few modern Western rocket launchers will not come close to replacing these losses.

Russia, meanwhile, also suffers losses in the Donbas fight, but likely at a lower rate for two key reasons. First, they learned from their initial debacles of the invasion in February in which they made large scale advances with armor that were not adequately supported. Now, Russia prioritizes heavy bombardment, rockets, and air strikes and only brings in ground forces to fight Ukrainian troops when Russian commanders believe their enemy has been sufficiently ground down.

Second, Russia enjoys at least a 10 to 1 advantage in artillery and rocket ammunition – and a dramatic advantage in air sorties over the Donbas – and the Kremlin’s troops are able to hit the Ukrainian troops with a far greater density of bombs. The New York Times reported on Tuesday that the “artillery war in Ukraine’s east is seemingly never-ending,” noting that “the shelling is constant — wounding and killing and driving those soldiers cowering in trenches and foxholes slowly insane.”

These Russian advantages have proven decisive in allowing Putin’s forces to capture large swaths of Ukrainian territory in the Donbas. It is important to acknowledge, however, that these advantages still exist. The Slavyansk/Kramatorsk grouping of Ukrainian troops appears to be next in the Russian firing line, as both are already being relentlessly shelled. Military fundamentals imply strongly that Russian troops will continue their methodical drive west.

The idea that by next month the UAF could both halt Moscow’s offensive and then launch its own counteroffensive has no realistic basis. It is therefore time to consider the unthinkable: Ukraine may not be able to stop the Russian offensive and could lose the war.

Overwhelming numbers of Ukrainian citizens tell pollsters they do not want Zelensky to trade territory for peace. That sentiment is certainly understandable; any people who were the victims of unprovoked invasion would detest the idea of surrendering any of their land to the aggressor. But the leadership in Kyiv and its Western backers must now face the sobering realities that diplomacy and a negotiated settlement may be the only way to prevent even more Ukrainian territory from falling to Russia.

On the @FoxNews set w @GriffJenkins in DC today looking at status of Ru/Ukr war, now into fifth month. Both sides suffering horrible casualties – but trajectory of war in Donbas still favoring Russia; its going to be a tough summer for Kyiv. @defpriorities https://t.co/6S2vp9e01e

Today Kyiv still controls Kharkiv, Odessa, and still large portions of the Donetsk region. If the fighting continues, however, it is possible that by the end of the summer, some or all of those territories could fall to Russia. As anguishing as it may be for Kyiv to negotiate with Russia from its current disadvantaged position, it could well prove to be the best chance Ukraine has to maintain control over the majority of its territory over the long term.

No one but the Ukrainian people and government can make such a choice, but the harsh reality is that the more the UAF keeps fighting, the more likely it is that Russia expands its territorial control.

In this article:Donbas, featured, Russia, Ukraine, War in Ukraine