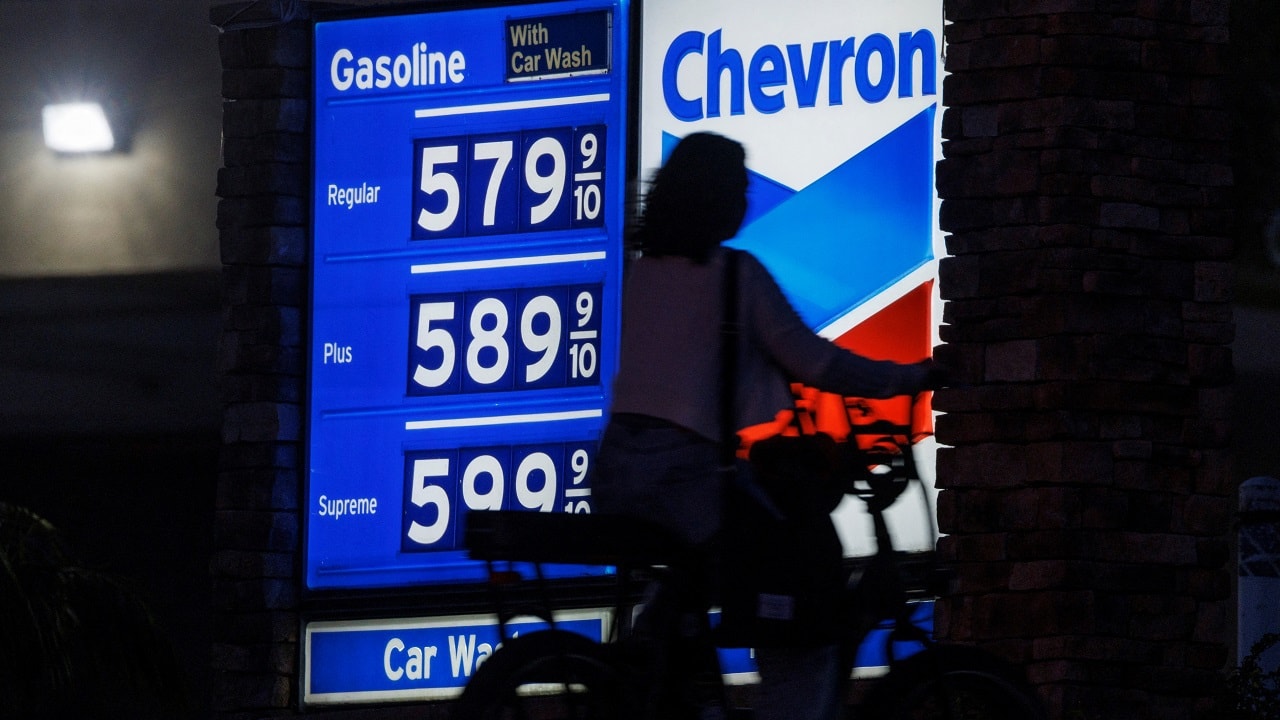 A woman rides an electric bike past a gas station as current gasoline prices continues to climb close to record setting territory in Encinitas, California, U.S., May 9, 2022. REUTERS/Mike Blake

Why Gas Prices Won’t Drop Super Fast Anytime Soon: It was 30 years ago that a sign reportedly hung in the headquarters of then-candidate Bill Clinton’s campaign officer stating, “The economy, stupid.” The phrase was coined by James Carville, and it proved part of the Clinton campaign’s success in unseating President George H.W. Bush.

Today, gasoline prices remain at record high levels, and it may seem like ages since a Money magazine headline from April touted, “Gas Prices Finally Drop Below $4 in Most States.” It won’t be until at least after Labor Day that we see a similar headline.

The optimism of April was that gasoline prices would level off, but within weeks the pain at the pump was the worst it has ever been, surpassing a $5 per gallon national average. Though prices have dipped this month, any hope of sub-$4 prices is weeks away – at least.

Even as West Texas intermediate crude oil futures dropped below $100 per barrel on Tuesday, gas prices won’t fall until people drive less. This is a simple case of supply and demand.

“I think the only thing that’s going to make a dent in gasoline or jet fuel prices is demand destruction,” Vectis Energy Partners principal Tamar Essner said on Yahoo Finance Live after being asked when gas prices may drop below $4 a gallon. “So we have to push higher until we get to that point.”

History NOT Repeating Itself

Back when gasoline prices hit $4 a gallon in 2008, people drove less. The pain at the pump was so great that people curbed their driving habits, including over the 2008 Memorial Day holiday weekend. Even then, it wasn’t until the economic downturn – and the “Great Recession” – that demand for fuel dropped, causing a meltdown in fuel prices.

According to data from AAA, U.S. motorists drove 112 billion fewer miles in 2008. When the prices leveled off in October of that year, gasoline prices fell to levels not seen since March 2007 – and motorists started to hit the road again.

By contrast, this summer hasn’t seen any significant drop-off, and due to the pandemic, which washed out the last two summers, many Americans aren’t going to let high gasoline prices ruin a third summertime. The result is that prices will likely remain high for the rest of the summer, and into the fall.

“While we may see prices decline into this week, the drop could fade soon if oil prices reverse, especially with strong demand over the holiday,” Patrick De Haan, head of petroleum analysis at GasBuddy, said in a statement. “For the time being, Americans are spending nearly $100 million per day less on gasoline than when prices peaked a few weeks ago, and that’s well-needed relief at a time when gas prices remain near records.”

As a result of these slight declines, people are actually opting to continue to drive – which in turn could result in another price spike.

Vectis Energy Partners’ Essner added that prices will have to go a bit higher before we see “demand destruction,” and he said that it remains unclear what the magic number is. “We are in unprecedented times in terms of having this build of demand post COVID at the same time because of stimulus and higher disposable income.”

For now, even as Americans are likely to complain about high gas prices, few are opting to cancel their road trips. As a result, we’ll all be paying those high prices for weeks and even months to come.