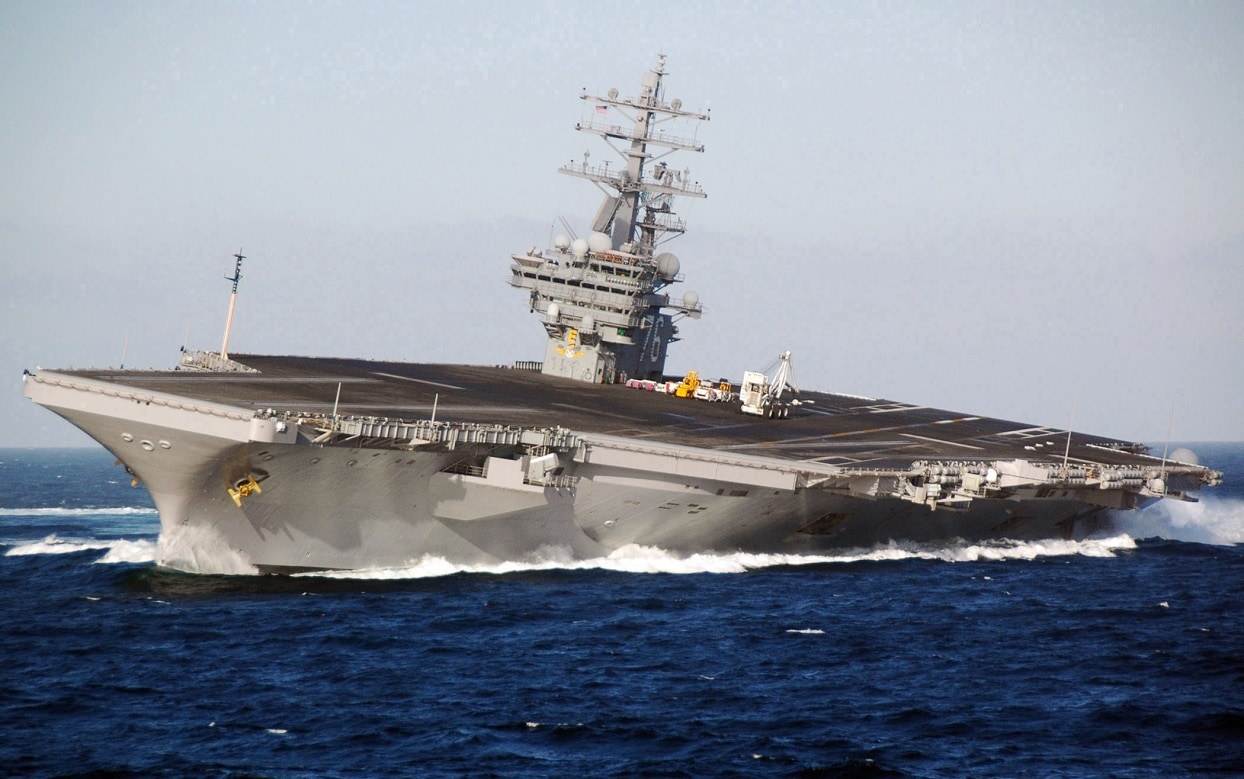 The South China Sea Is Back In the Spotlight: The Indo-Pacific has been full of activity lately. RIMPAC 22, the largest maritime exercise in the world, is currently underway in the region, with almost 30 nations participating.

Almost simultaneously, the aircraft carrier USS Ronald Reagan and its carrier strike group are conducting operations in the South China Sea. At the core, both events have one recipient in mind: China.

Sailing Through the South China Sea

While in the contested region, the USS Ronald Reagan and its accompanying warship are conducting maritime security operations, including maritime strike exercises, tactical training between air and surface units, and flight operations with fixed and rotary-wing aircraft.

“Our presence in the South China Sea demonstrates America’s commitment to a free and open Indo-Pacific. Every Sailor onboard contributes to this important and enduring mission as we operate in this region, in accordance with international law to ensure that all nations can do the same,” Captain Fred Goldhammer, the commanding officer of USS Ronald Reagan, said in a press release.

“Our strike group works consistently to stay capable and ready and we continue that focus during operations in the South China Sea to demonstrate our commitment to the region. Building on the lessons and successes of exercises like Valiant Shield 2022, and our continuous opportunities to train and operate alongside allies and partners, we provide assured capability to uphold the rules-based international order in this body of water and anywhere else we will sail, fly, and operate,” Rear Admiral Michael Donnelly, the commander of Task Force 70 and Carrier Strike Group 5, stated.

Drama in the South China Sea

Almost at the same time the USS Ronald Reagan reached the South China Sea and began with its training operations, the USS Benford, an Arleigh Burke-class guided-missile destroyer, conducted a freedom of navigation operation in the South China Sea, triggering a furious statement by China, which claims sovereignty over the international waterways.

For at least a decade now, Beijing has launched an aggressive territorial grab in the South China Sea, manufacturing (and fortifying with anti-access weapon systems) artificial islands.