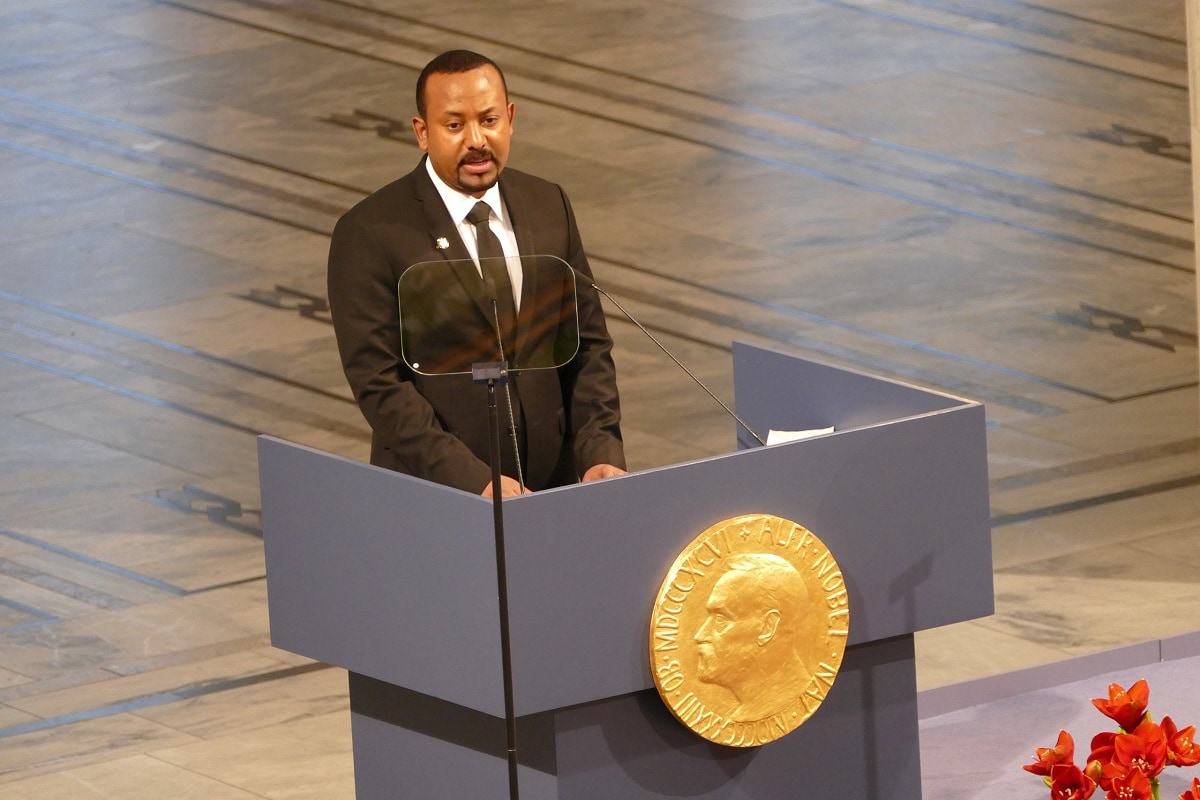 Why has the World Bank Undercut Peace in Ethiopia?

The World Bank has blood on its hands. Its lending has undercut nearly a year of international efforts to stop Ethiopian Prime Minister Abiy Ahmed’s genocide against Ethiopia’s Tigrayans.

Celebrations of Abiy, the 2019 Nobel Peace Prize laureate, were shortlived. His reputation as a peacemaker ended on Nov. 4, 2020, when Abiy launched a war against Ethiopia’s Tigray Region that to date has killed up to half a million people, and has displaced many times more.

Abiy and his supporters made four arguments to justify their campaign. The first was Tigrayan leadership’s defiance of his suspension of elections. This embarrassed Abiy. Second, Abiy claimed that the Tigrayan People’s Liberation Front (TPLF) violated human rights while part of the previous regime. Third, Abiy characterized the campaign as necessary to correct the dysfunction inherent in Ethiopia’s ethnic federalism. Finally, the TPLF purportedly started hostilities, pre-emptively attacking the Ethiopian military.

None of these excuses has merit. Abiy sought a military shortcut to avoid politically difficult legal and constitutional remedies – he planned for war all along. Nor does anything excuse Abiy’s collective punishment of Tigrayans. While Abiy denies atrocities, he also denies free access to journalists or diplomats, which is hardly the attitude of a man with truth on his side.

Abiy, meanwhile, plays the international community. He feigns moderation. He invites camera crews to film World Food Programme aid convoys, suggesting that he cooperates with famine-relief efforts. In reality, the food and medicine he lets through accounts for less than 3% of what Tigray needs. He essentially repeats the deception strategy used by Nazi Germany at Theresienstadt in order to co-opt and confuse the Red Cross and the broader international community. Abiy’s advisors also publicly offer to take part in peace talks, all the while doing everything in their power to undermine that prospect by failing to abide by their commitments to reduce hostilities.

To its credit, the administration of U.S. President Joe Biden has recognized Abiy’s insincerity for what it is. Biden has appointed a succession of special envoys to address a conflict every bit as brutal and illegal as Russia’s invasion of Ukraine. He has ratcheted up sanctions on those responsible, and he removed Ethiopia from the free trade opportunities offered by the African Growth and Opportunity Act. This was a wise decision. Abiy has run Ethiopia’s economy into the ground. There is no reason for the United States to save Abiy from the consequences of his own actions so long as he consolidates his dictatorship and continues his genocidal campaign.

It takes two sides to make peace. In December 2021, at the request of the international community, Tigrayan forces withdrew from neighboring regions and the outskirts of Addis Ababa in order to create space for dialogue and diplomacy. They suffered tremendously for it – Abiy took their flexibility for weakness and sought to impose a military solution on Tigray. Only as Ethiopia’s economy continued to unravel did Abiy agree to talks in Nairobi.

Still, Abiy kept testing international resolve, and earlier this month, the World Bank gave him an out. It approved a $300 million grant to help Ethiopia rebuild, even as Abiy continued his war of attrition.

Tens of thousands of Tigrayans starved as the international community cajoled Abiy into Nairobi talks.  The World Bank’s actions now mean their lives were wasted.

Tigray, however, may get the last laugh. After Abiy, emboldened by the World Bank, renewed attacks, Tigrayans decided to meet fire with fire. They are again on the offensive. Forces loyal to Abiy are in disarray, just as they were in 2021.

The World Bank, meanwhile, can pretend its $300 million will rebuild the country, but aid dispatched unwisely does more harm than good. In the case of Ethiopia, the cost of World Bank incompetence could be measured in hundreds of thousands of more lives, millions more displaced, and refugee flows that will wreck stability across the Horn of Africa. The World Bank owes the international community an explanation, and perhaps even resignations.