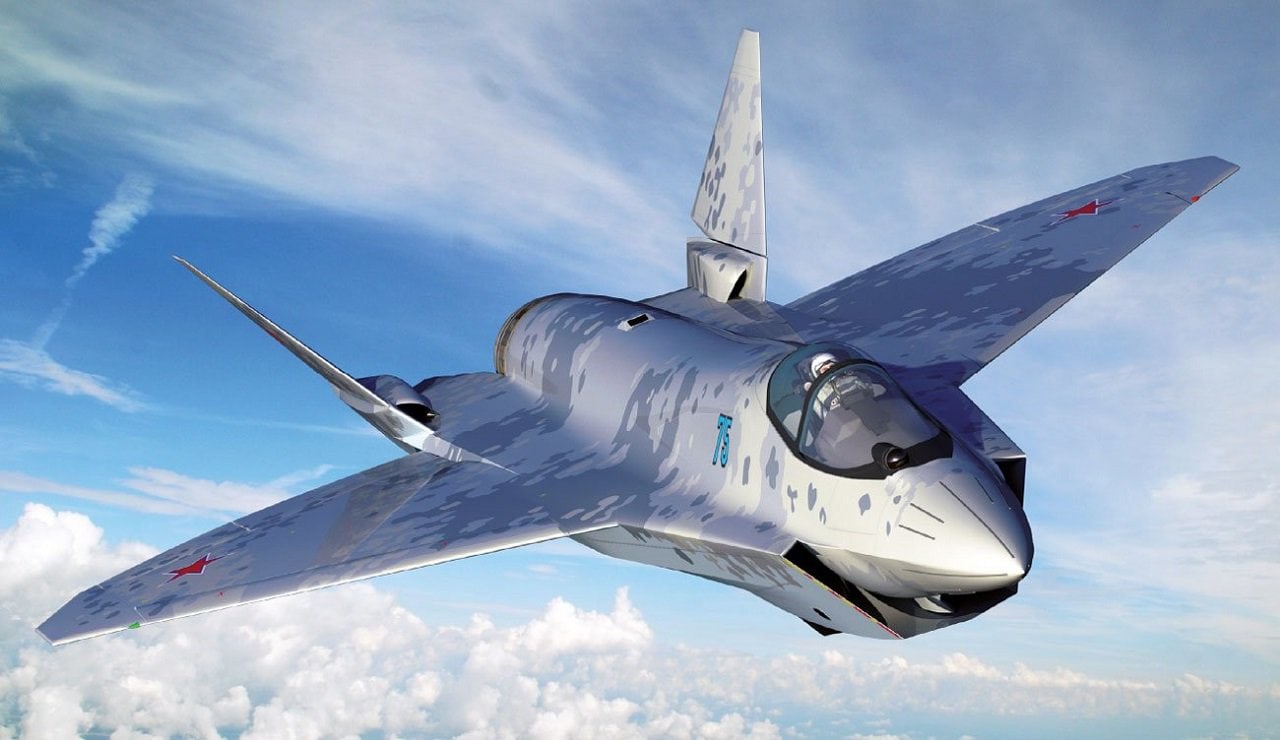 Since being unveiled a year ago, there has been much speculation on when the Sukhoi Su-75 “Checkmate” – a bargain basement fifth-generation stealth fighter – would make its debut flight. Anyone betting that it would be sometime this summer (even this year) now has to pay up.

On Tuesday, Deputy Minister of the Russian Federation Denis Manturov told reporters that the first flight won’t likely occur until next summer.

“Changes were made to the design, which corrected the time of the first flight. But at the same time, the principle of modularity and modern digital technologies made it possible to make these changes in the shortest possible time, and as early as 2024 we plan to start flight tests,” explained Manturov, who serves as Minister of Industry and Commerce.

“During the time that has elapsed since the presentation of the project at MAKS 2021, we have received feedback from potential customers,” the minister added. “Work was also carried out to optimize the cost and analyze individual technical solutions, which made it possible to significantly increase competitiveness, commercial attractiveness and reduce the technical risks in creating a domestic single-engine engine.”

The Russian official didn’t say whether those “design changes” would impact the production timeline for the jet, which was previously scheduled to begin in mid-2027. However, as with nearly everything produced in Russia, there are typically delays. It would be an absolute miracle – equal to Russian Prince Alexander Nevsky’s defeat of the Teutonic Knights at the Battle on the Ice in 1242 – for the Checkmate to make any real moves before the end of the decade.

The Su-75 was developed to be a low-cost fifth-generation aircraft for the foreign market. Russia has widely touted its weight-to-power ratio while highlighting that each aircraft has a price tag of just $25 million to $30 million.

Given the global economic sanctions imposed on Russia, since it launched its unprovoked and unwarranted invasion of Ukraine, it is unlikely that Moscow will even be able to serially produce the Checkmate in significant numbers, and it remains unclear if any nation would be eager to purchase it. One factor that could play a role would be whether Moscow would be able to supply the parts to keep the aircraft in the skies. 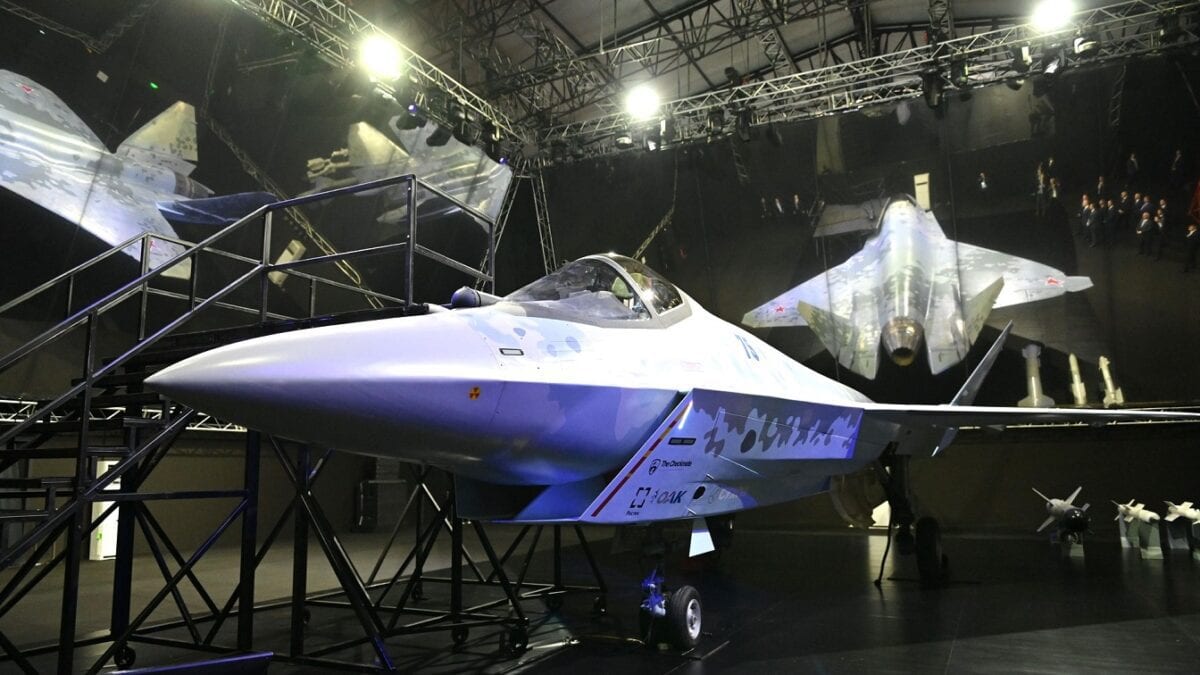 Another issue is that Russia’s track record with military hardware has certainly been tarnished due to its failure to defeat Ukraine, while the Kremlin’s supposedly advanced aircraft have failed to achieve air superiority.

The final consideration is whether the Su-75 “Checkmate” can truly be described as a fifth-generation fighter. It is based on the Sukhoi Su-57, which many analysts would define as a fourth-generation plus (or 4.5 generation) aircraft in terms of performance.

The United Aircraft Corporation, a Rostec subsidiary, officially unveiled the Checkmate at the MAKS-2021 air show outside of Moscow in July. It was developed from Sukhoi’s Light Tactical Aircraft (LTS) program, and it reportedly utilizes advanced technology including an open architecture to meet customer requirements and unique artificial intelligence technology.

The fighter supposedly employs stealth technology, while it is equipped with an inboard compartment for air-to-air and air-to-surface munitions. It is reportedly capable of targeting and destroying up to six targets simultaneously, but it still remains unproven. 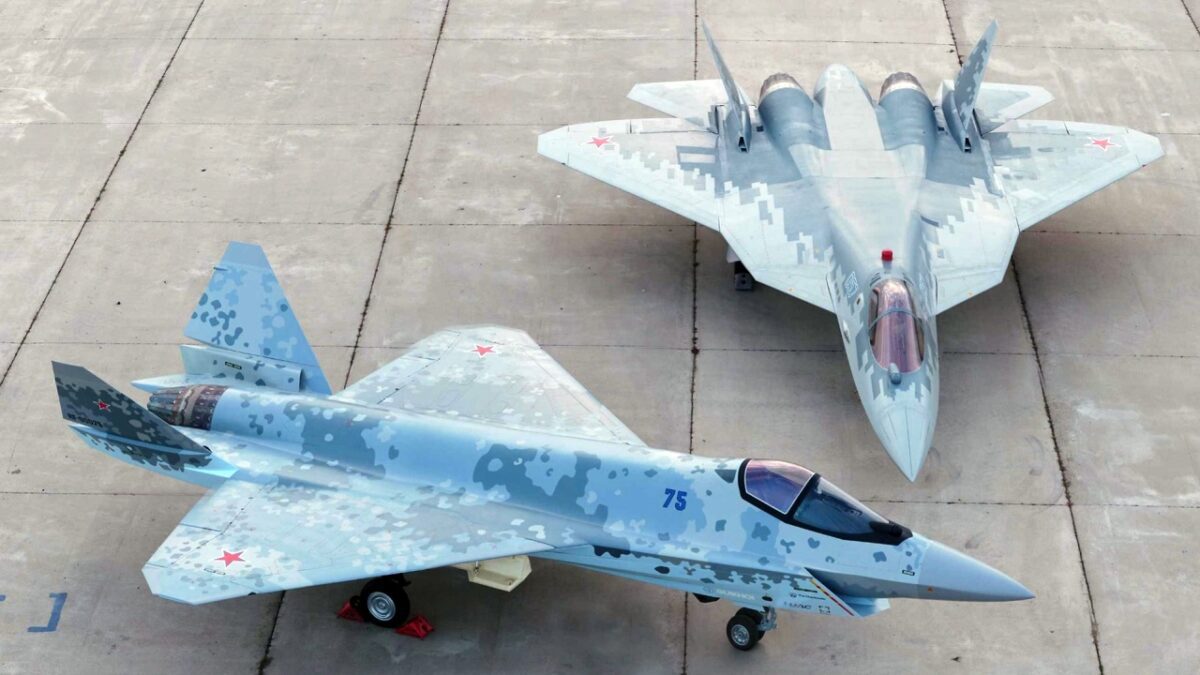 The Checkmate is believed to be powered by Russia’s long-anticipated Izdeliye 30 engine, and boasts a modern glass cockpit with a similar layout to that of Russia’s Su-57 fifth-generation fighter. It could have a maximum speed of Mach 1.8 with a combat range of 3,000 kilometers. Even if that is to be believed, it would be less capable than Lockheed Martin’s F-22 Raptor or F-35 Lightning II.

Of course, it needs to actually fly first before we can completely confirm its capabilities (or lack thereof) – but it is likely Russia will run out of moves before that ever happens.

A Senior Editor for FortyFive, Peter Suciu is a Michigan-based writer who has contributed to more than four dozen magazines, newspapers, and websites. He regularly writes about military hardware, firearms history, cybersecurity and international affairs. Peter is also a Contributing Writer for Forbes. You can follow him on Twitter: @PeterSuciu.