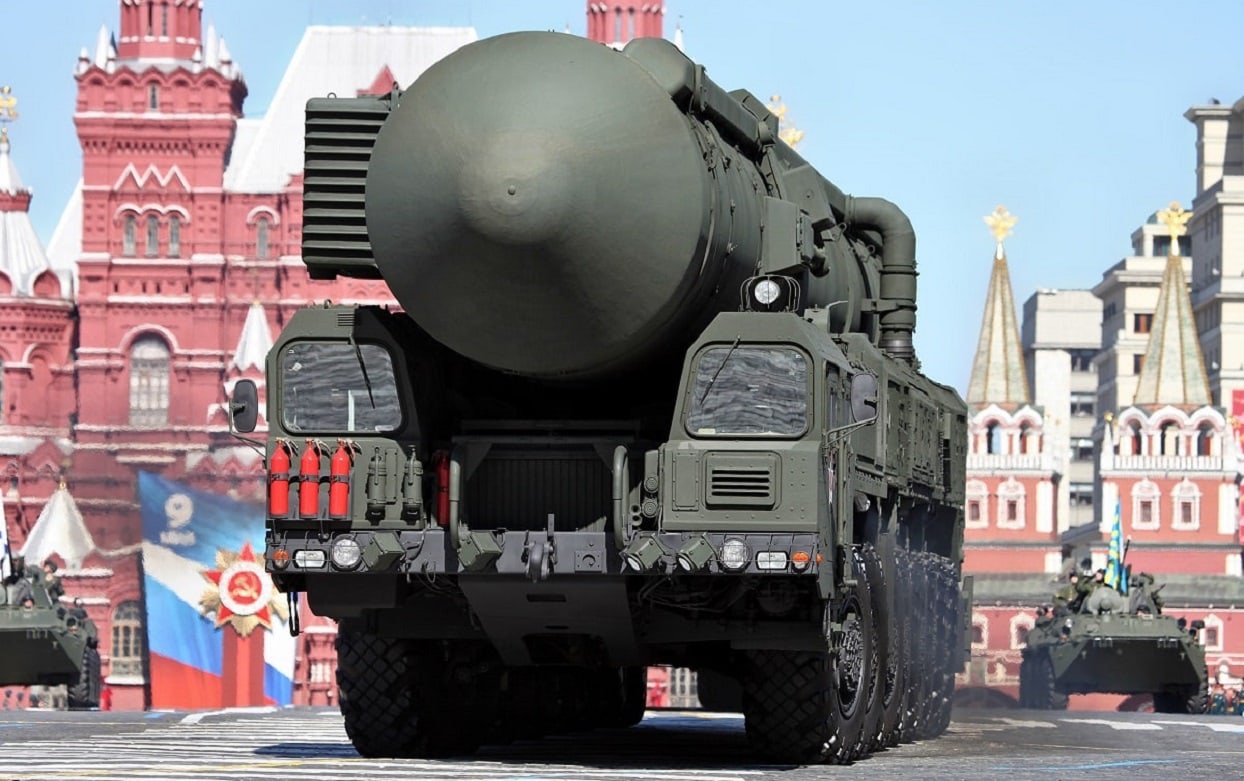 Putin’s military machine might not precisely be doing so well in its invasion of Ukraine these days. However, while in a conventional sense, the Russian military might not look that tough right now, Putin could still kill millions of thanks to his nuclear weapons stockpiles:

According to the Bulletin of the Atomic Scientist’s 2022 Nuclear Notebook, Russia possessed a total of 2,565 operational strategic warheads as of March 2022, with 1,588 of those actually deployed. Of Russia’s operational warheads, the bulk were allocated to be mounted on intercontinental ballistic missiles (ICBM).

Of the remaining warheads, 800 were estimated to be allocated to submarine-launched ballistic missiles (SLBM), and 580 are supposed to be deployed on Russian bombers such as the Tu-160 Blackjack or Tu-95 Bear. These bomber-deployed warheads would be delivered through air-launched cruise missiles or bombs.

Based on the performance of Russian missiles in Ukraine, some questions exist about the reliability of Russian nuclear delivery systems. According to U.S. assessments, 20 to 60% of Russian missiles fired early in the war failed in flight, including some with dual conventional-nuclear capability. Russian use of novel nuclear-capable hypersonic missiles in conventional strikes over the course of its invasion could indicate that Russia was running short on less-advanced conventional missiles or was otherwise trying to preserve its stocks, which could have ramifications for the deliverability of Russia’s nuclear arsenal.

Given the Soviet Union’s status as the second state in the world to acquire nuclear weapons, Moscow has had plenty of time to develop its nuclear doctrine during the Cold War, coming to view them as political and military tools in equal parts.

While the Soviet Union maintained a “no-first-use” policy, the nascent Russian government rejected that principle in 1993. However, beginning in a 2010 update to Russia’s nuclear doctrine, Russia began to muddy the waters of the types of situations it was willing to use nuclear weapons in by limiting its threshold for nuclear weapons use to moments of “aggression” against the Russian state.

The 2020 update to Russia’s nuclear doctrine also complicated Moscow’s public nuclear doctrine – most notably, the document added attacks upon Russia with conventional weapons which “threatened the existence of the state” as a circumstance when nuclear weapons could be used. While some outside experts and observers believe that Russia could act to “escalate to deescalate” to achieve a favorable outcome in a conventional conflict – an assertion that made it into the 2018 Nuclear Posture Review – Russia’s thresholds for nuclear weapons use are likely too high for such a strategy to be applicable. That said, it is possible that Russia sees its nuclear arsenal as one tool among many others in its toolbox to manage escalation beyond just de-escalation.

With only the New START treaty left which binds the nuclear arsenals of the U.S. and Russia, the status of bilateral arms control relationship between Moscow and Washington is at a nadir.

New START is an agreement negotiated by the Obama administration and signed in 2010 which limited both countries to 1,550 strategic nuclear warheads and 700 strategic delivery systems.

One of the other major arms control agreements which governed the U.S.-Russia relationship, the INF Treaty, was effectively terminated by the U.S.’s withdrawal in August 2019 over concerns that Russian ground-launched ballistic missile systems were being developed in violation of the treaty. While much of what the treaty governed falls more under the umbrella of tactical nuclear weapons, the agreement’s termination leaves left little to govern the deployment of certain Russian delivery systems.

Some observers point to the 2001 decision by President George W. Bush administration to withdraw from the Anti-Ballistic Missile treaty as an early breaking point in bilateral arms control, which Russian President Vladimir Putin has claimed as a cause for Russia’s development of novel nuclear-capable delivery systems such as the Kh-47M2 Kinzhal or RS-28 Sarmat which could evade U.S. missile defenses.

While Moscow engaged in plenty of nuclear saber-rattling in the opening days and weeks of its invasion of Ukraine in an attempt to ward off foreign intervention, it is not likely that Russia will employ its strategic nuclear weapons in connection with its invasion of Ukraine. So long as the war in Ukraine is a two-party conflict between Ukraine and Russia, Russia will be unlikely to use strategic nuclear weapons, which it likely envisions as being more useful in a hypothetical Russia-NATO conflict.