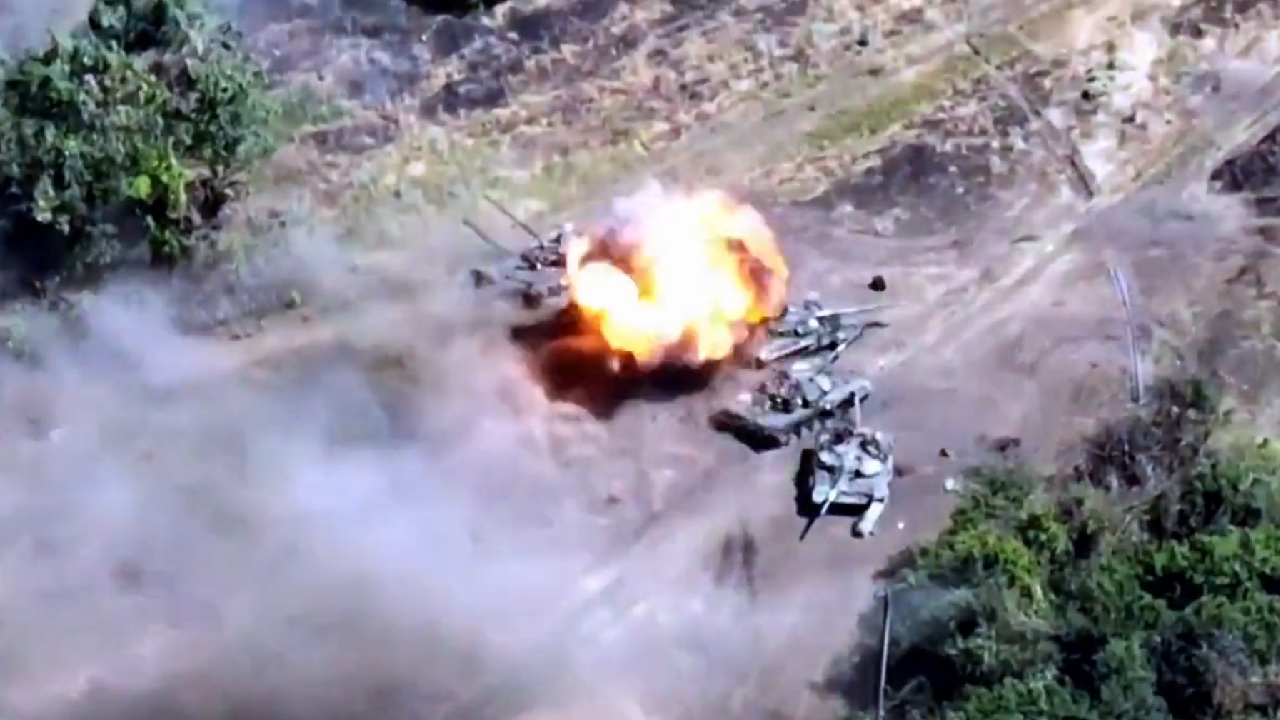 On day 170 of the Russian invasion of Ukraine, the Russian military is trying to understand what happened to its air base in Crimea which was attacked suddenly on Tuesday.

The Russian military continues to suffer an unsustainable rate of casualties in Ukraine, with its mechanized infantry suffering the heaviest number of losses and losing its ability to conduct successful large-scale offensive operations.

The Attack Against Saky Air Base

On Tuesday, the Russian forces at the Saky Air Base on the western part of Crimea woke up to an inferno. Mysterious explosions started going off, destroying at least nine fighter and bomber jets, plus unspecified amounts of ammunition and fuel, according to satellite imagery of the base before and after the attack.

“On 9 August 2022, explosions occurred at the Russian-operated Saky military airfield in western Crimea. The original cause of the blasts is unclear, but the large mushroom clouds visible in eyewitness video were almost certainly from the detonation of up to four uncovered munition storage areas,” the British Military Intelligence assessed.

U.S. officials have denied that American weapon systems were used in the attack but they have also stated that they can’t still determine what methods or weapon systems the Ukrainian forces employed, suggesting that the attack might have been the result of a special forces operation. Whatever the cause, the Ukrainian military has shown that it has the capability and intent to strike deep behind Russian lines.

“The loss of eight combat jets represents a minor proportion of the overall fleet of aircraft Russia has available to support the war. However, Saky was primarily used as a base for the aircraft of the Russian Navy’s Black Sea Fleet,” the British Ministry of Defense added.

“The fleet’s naval aviation capability is now significantly degraded. The incident will likely prompt the Russian military to revise its threat perception. Crimea has probably been seen as a secure rear-area,” the British Military Intelligence assessed.

In this article:Crimea, Putin, Russia, Ukraine, War in Ukraine