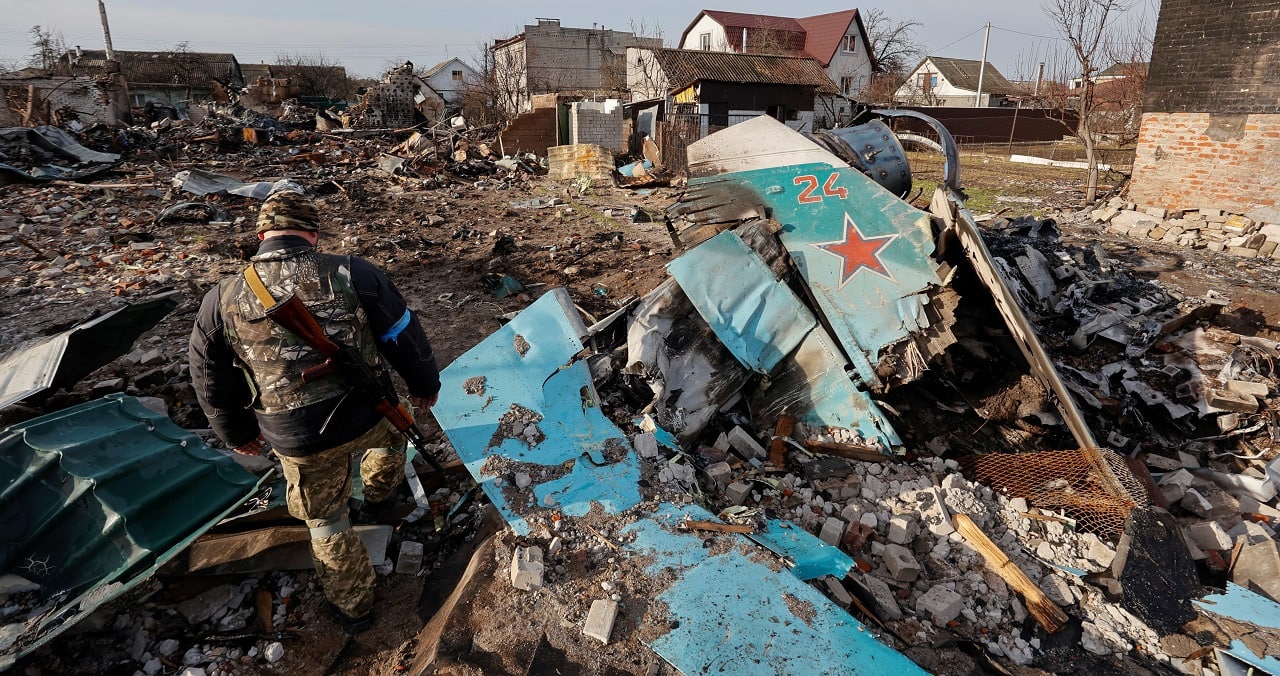 A Ukrainian government official told the Washington Post on Wednesday that the huge explosions witnessed at a Russian airbase in occupied Crimea on Tuesday were the result of an operation by the Ukrainian special forces.

The explosions took place in Novofedorivka, a popular tourist destination on the Crimean peninsula. According to the Crimean chief health official, five people, including one child, were injured in the blasts.

The news suggests that covert forces are working deep behind enemy lines in Russia to undermine the Kremlin’s military efforts in Ukraine. Not only has Kyiv refused to take responsibility for the attack, but Russian officials have repeatedly claimed that the explosion was the result of an accidental detonation of ammunition.

Kyiv Initially Did Not Claim Responsibility

Mykhailo Podolyak, an advisor to Ukrainian President Volodymyr Zelenskyy indicated on Tuesday that Kyiv was not responsible for the attack and that Ukrainian soldiers did not launch a strike on the Russian base.

When asked by a journalist from the Dozhd online television channel whether Kyiv claimed responsibility for the blasts along the Black Sea, Podolyak said no.

“Of course not. What do we have to do with this?” he said.

Russia also shifted blame away from Ukrainian troops. Russia’s Ministry of Defense insisted on Wednesday that the explosions were caused by a detonation of aviation ammunition. The Kremlin also said that no attack took place and no military equipment had been damaged in the blast, but satellite images suggest otherwise.

Ukraine’s air force on Wednesday claimed that nine Russian warplanes were destroyed in the series of explosions that took place at the Saki Air Base.

The claim was supported by the release of satellite imagery from August 9 and August 10. The comparison of the two images shows large craters on the ground where aircraft were visibly parked.

Eliot Higgins, the creative director of investigative news outlet Bellingcat, shared the satellite images on Twitter and noted a “massive fire” had occurred across the base following the explosions.

Comparison of August 9th and August 10th imagery show very large craters, many destroyed aircraft, and destroyed buildings. It looks like a direct hit on the building on the left, so whatever it was seems accurate. pic.twitter.com/QyLn86PUjw

The aircraft were not stored in hangars – an ongoing issue for the Russian Air Force and naval aviation, as noted by war analyst Rob Lee – making them an easy target and supporting some analysts’ claims that the explosions were caused by anti-ship missiles.

After it was revealed that a special forces unit carried out the explosive raid in Crimea yesterday, Ukrainian President Volodymyr Zelenskyy’s top military adviser warned that additional attacks could arrive in the next few days.

Oleksiy Arestovych said that the attack was only the beginning of new Ukrainian strikes on Russian positions in occupied Crimea, and said that more would likely happen “in the coming days.” It follows months of reassurances from President Zelenskyy that his military intended to push Russia out of all Ukrainian territory, including Crimea, which was illegally annexed in 2014.

In this article:Novofedorivka, Russia, Ukraine