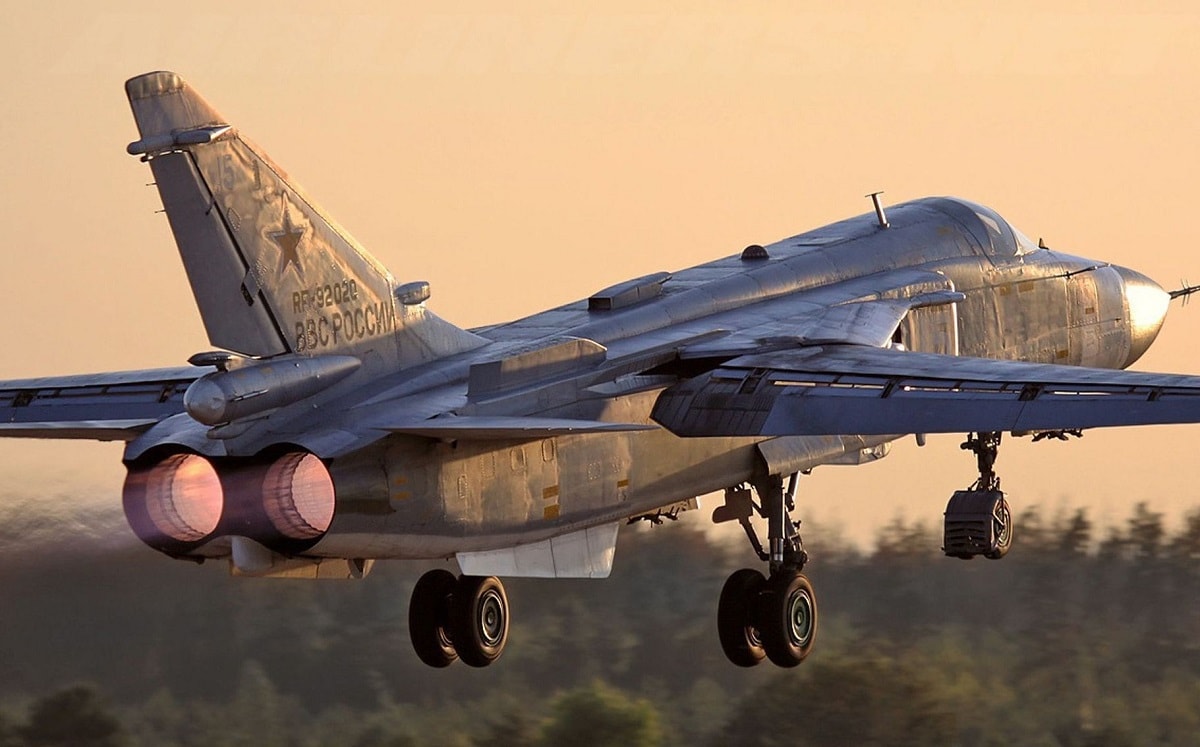 On August 9, a Russian airbase in Crimea was devastated by a massive explosion that sent outside observers scrambling to identify what might have been used to strike the base, and what the blasts might portend for the future of Russia’s ongoing invasion of Ukraine. Military infrastructure like the airbase Novofedorivka, which is located near the city of Saky on the Russian-controlled Crimean Peninsula, has so far almost entirely escaped strikes by Ukrainian forces, but it appears that this status quo could be quickly vanishing.

Crimea Strike: What Happened in the Attack?

Witnesses who were present in the area of the airbase at the time of the attack, which occurred at around 3:20 pm local time, reported a series of at least twelve explosions which occurred in quick succession, with the final blast occurring 30 minutes after the others and being more powerful than any that preceded it. At the time of writing, one person was reported dead and five injured by the blasts, according to Sergei Askyonov, the Russian governor of Crimea. Russian forces seized control of the airfield along with the rest of the peninsula in 2014, during which the base became a significant flashpoint between the remaining Ukrainian troops on one side and Russian troops, militias, and mobs on the other.

While both Ukraine and Russia have acknowledged that the explosions did indeed occur and officially deny Ukrainian involvement in the explosions, a careful reading of both leaves plenty of room for deeper interpretation. Ukrainian government figures such as President Volodymyr Zelensky or presidential advisor Mykhailo Podolyak have either remained mute on the subject or denied Ukrainian involvement altogether. On the other hand, Russian sources flatly denied any Ukrainian role in the strikes whatsoever, instead claiming that the explosions were the result of violations of “fire safety” standards. Ukraine’s Ministry of Defense appeared to mock Russia’s claim in its denial of involvement in the strike by sarcastically “reminding” Russian forces of fire safety rules and against “smoking” in certain locations. Local- and national-level Russian government officials attempted to downplay the severity of the strike, claiming that no Russian equipment had been damaged by the explosions and that the peninsula’s tourism season would continue unaffected by recent events.

What Could Ukraine Have Used to Strike the Novofedorivka Airbase (if it did so)?

Despite Russian claims that its aircraft at the base were left undamaged, videos depicting a destroyed Su-24 Fencer and damaged cars nearby which allegedly depict the aftermath of the blasts have begun circulating on social media. While it is impossible to verify the images found in the video at this stage, it is difficult to believe that all Russian aircraft at the base were entirely unscathed. According to Ukraine’s Ministry of Defense, Russian Su-24 bombers as well as Su-30 and Su-33 fighter aircraft were present at the airbase at the time of the attack, which were visible in civilian satellite imagery from four hours before the strike shared by the Ministry.

In contradiction of Kyiv’s official claims, an anonymous Ukrainian government official with knowledge of the blasts at the airbase said that Ukraine did in fact conduct a strike on the airport. When asked what weapon Ukraine had used in its attack, the official declined to name any particular weapon or system, but instead asserted that “a device exclusively of Ukrainian manufacture was used,” and that the attack involved “partisan resistance forces loyal to the government in Kyiv.” Others have hypothesized that Ukraine could have struck the base with its domestically-produced anti-ship Neptune missiles or experimental Grim-series short-range ballistic missiles. However, questions surrounding the effectiveness of the Neptune as a ground-strike weapon or the actual operationality of the Grim as a system raises serious questions about whether they accurately can explain what struck Novofedorivka on August 9. Unless Ukraine has secretly secured long-range ATACMS munitions for its HIMARS systems from the United States, it is unlikely that those artillery systems could have executed the attack either, as their 50-mile default range likely wouldn’t be able to reach the airbase from territories in southern Ukraine controlled by Kyiv.

Crimea Strike: Consequences for the Future of the Conflict

The massive explosions which took place on August 9 are possibly the biggest Ukrainian strike on the occupied peninsula to date, and far overshadowed the July 31 drone attack on the headquarters of Russia’s Black Sea Fleet in Sevastopol which Ukraine also cryptically denied participation in while leaving some room in its reaction for justification of the strike. However, a further escalation of attacks on Russian targets in Crimea isn’t guaranteed, as both Moscow and Kyiv seem to be wary of noting Ukraine’s involvement in the August 9 strike. Although Ukraine’s motives for concealing its involvement are less clear, Russia’s armed forces would conceivably be afraid of admitting that they had allowed an attack on Crimea to occur. As a result, Russia will likely seek to sweep the incident under the rug and continue waging its invasion as if nothing had happened.

In this article:Crimea, Russia, Ukraine, War in Ukraine