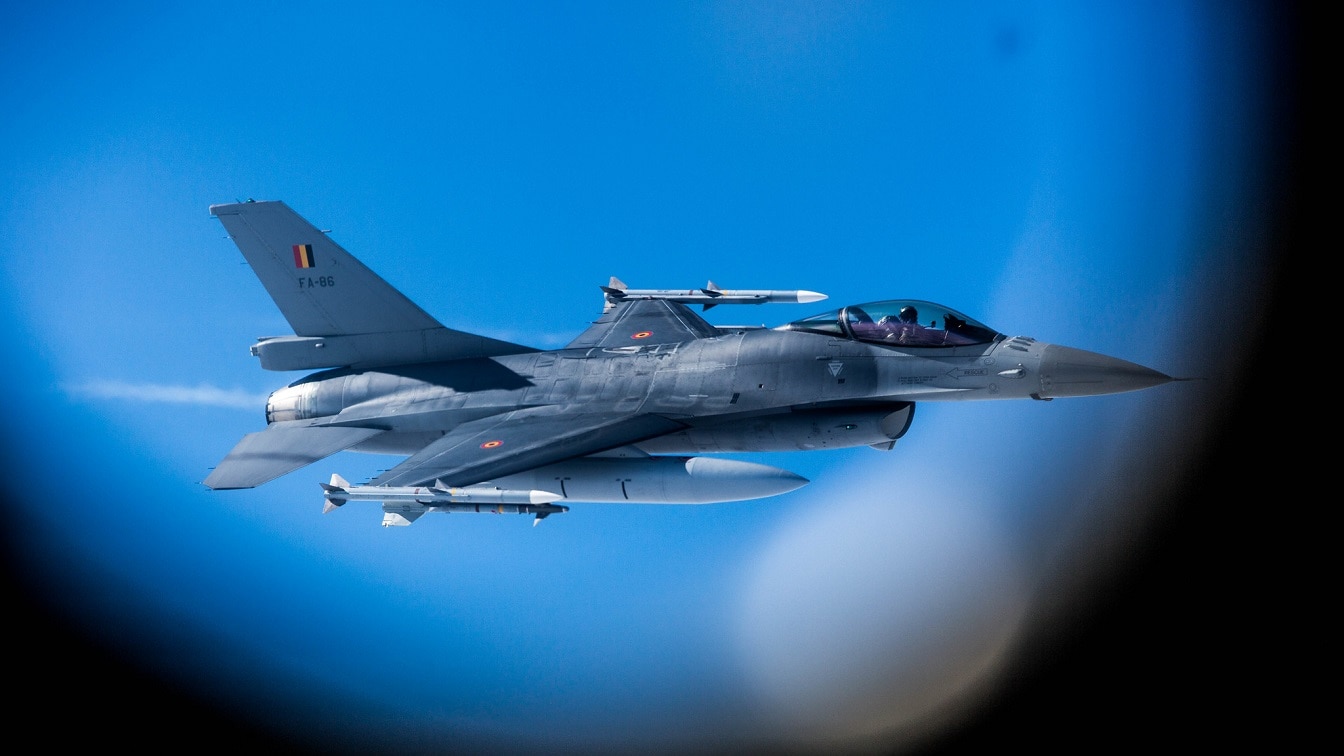 NATO Planes Patrolling Putin’s Possible Next Targets As Ukraine War Presses On:  Russian President Vladimir Putin has spent months threatening to strike new targets in Ukraine if the West continues to supply arms to the Ukrainian military – but NATO appears to be preparing for much more than just new strikes in Ukraine.

On Thursday, NATO shared a video that revealed how fighter jets and surveillance planes are patrolling the airspace of member states in Europe over fears that the Russian president could be considering launching strikes beyond NATO territory.

What Did Putin Threaten?

Putin has threatened the West since the beginning of the invasion, warning of “unpredictable consequences” if the United States and NATO remained supportive of Ukraine in the conflict.

In June, Putin said that he would “strike at those targets that we have not yet been hitting” if Ukraine received long-range weapons from the United States or other NATO countries. While the warnings were not entirely ignored – as the White House initially refused to send long-range missiles that could strike Ukrainian territory – the Biden administration ultimately decided to send one dozen HIMARS rocket systems. Since that time, the U.S.-supplied missile systems have allowed Ukraine to strike Russian ammunition depots and destroy a key supply bridge over the Dnipro river.

The Russian president did not specify where he intends to target if NATO continues to supply arms to Ukraine, though it’s safe to assume that the Kremlin could be preparing to focus its resources on the Donetsk Oblast region as well as cities in southern Ukraine. Ukrainian forces have already recaptured 53 settlements in the Russian-occupied city of Kherson since Russia made significant days during the early days of the war, giving Putin a reason to re-focus his efforts in the region.

The Kremlin has also spent the last five months making veiled threats against the West, indicating that military strikes against NATO targets are not entirely off the cards. This week Moscow responded to comments made by a Ukrainian official about cooperation with the United States and accused the White House of being “directly involved” in the war.

“All this undeniably proves that Washington, contrary to White House and Pentagon claims, is directly involved in the conflict in Ukraine,” a statement from Russia’s Ministry of Defense reads.

NATO forces appear to be taking Russia’s threats seriously, and Russia is preparing new weapons that could take the Ukraine conflict to new heights.

As well as reinforcing defenses in occupied Luhansk and Donetsk, Russian forces are expected to deploy new naval hypersonic missiles – a move that could strengthen Russia’s presence on Ukraine’s southern coast.

The move could help Russian forces maintain control over key Ukrainian cities in the south and even assist with the establishment of a land bridge between the Donbas, Crimea, and Moldova to the west.