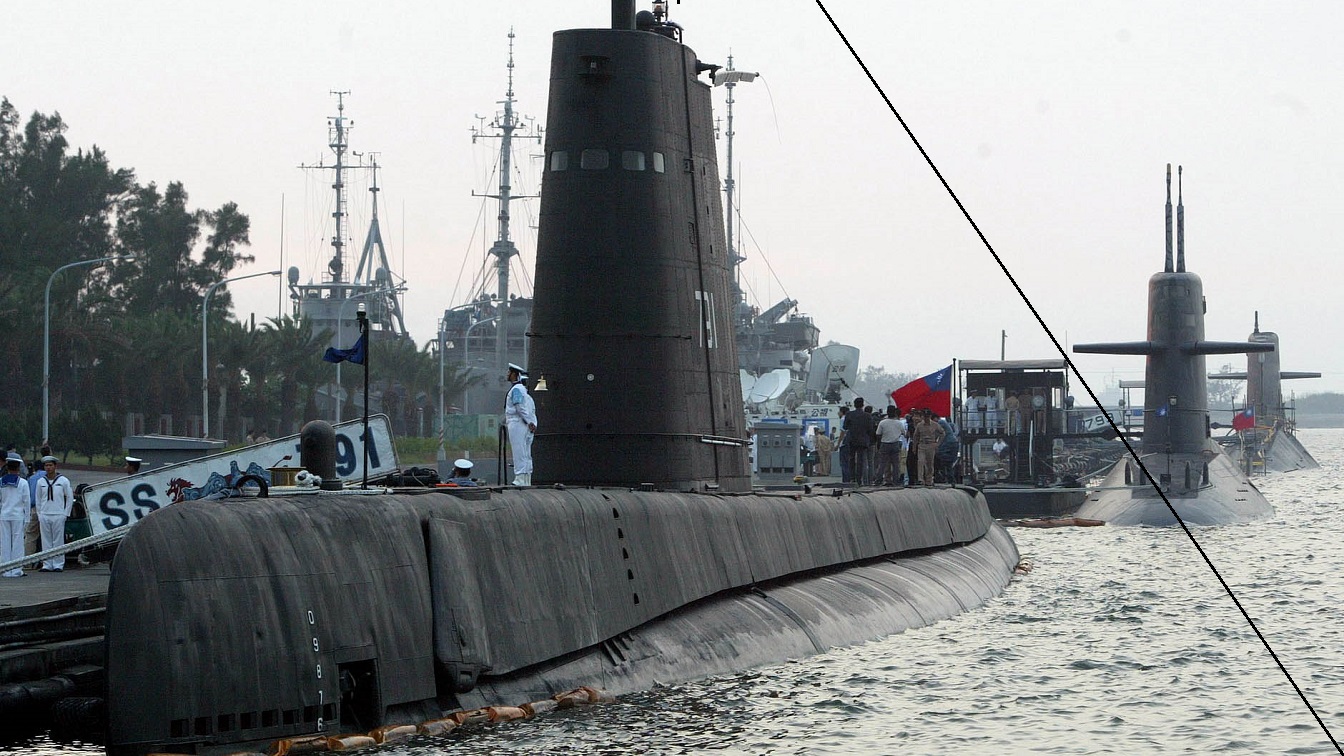 Analysis: Taiwan is Relying on World War II Era Submarines – It is hard to put an expiration date on military hardware, and some platforms remain in service decades after first entering service. The United States Air Force continues to operate around 48 B-52 Stratofortress bombers that date back to the 1950s and early 1960s, while the United States Navy returned its four Iowa-class battleships to service in the 1980s, only to retire them nearly a decade later.

In late 2020, the United States Navy also marked the 50th anniversary of the USS Blue Ridge (LCC-19), one of two amphibious command ships in the U.S. Navy, and the oldest warship in operational service with the U.S. military. Then there is the USS Constitution, the three-masted wooden-hulled heavy frigate that is the oldest warship in the world. While still technically in “active service,” the frigate is preserved as a museum ship.

However, what is truly impressive is that the self-ruling island nation of Taiwan continues to operate two World War II-era submarines, and each is likely to remain in service likely until the end of the decade.

As an island nation, Taiwan can’t be easily invaded – at least in theory.

The island, which is roughly the size of the state of Maryland, has a rugged interior of mountains and jungles. Yet, even before any invasion force faced such obstacles, it would need to cross the nearly 100-mile-wide Taiwan Straits.

Since the Chinese Nationalist forces retreated to the island in 1949, an invasion from the mainland has been expected and almost constantly anticipated. In recent years, the government in Taipei has been obsessed with ensuring that any invasion mounted by the People’s Republic of China could be stopped at what is now often described as the world’s most effective moat.

In addition to a sizeable force of anti-ship missiles, Taiwan has acquired several older submarines that could help stop an invasion force. Even the antiquated subs would be well suited to the shallow, noisy waters of the Taiwan Strait, which greatly favor submarines over air and surface (anti-submarine warfare) forces.

The Taiwanese Navy has a force of four submarines, which includes two Chien Lung-class boats purchased from the Netherlands in the 1980s: the SS-793 Hai Lung (Sea Dragon) and SS-794 Hai Hu (Sea Tiger); but it still maintains two Hai Shih-class submarines, SS-791 Hai Shih (Sea Lion) and SS-792 Hai Bao (Sea Leopard), a pair of late World War II subs acquired from the U.S. in the 1970s. These are reportedly the oldest submarines in service in the world.

Before being transferred to Taiwan and recommissioned as the Hai Shih, the boat was the U.S. Navy submarine USS Cutlass, a 1,570-ton Tench-class boat that was launched on Nov. 5, 1944, during the Second World War. Her wartime service was brief, and USS Cutlass didn’t even reach her first patrol zone near the Kuril Islands until the day after Japan capitulated. The submarine remained in service with the United States Navy throughout much of the Cold War and was subsequently sold to Taiwan in 1974 and has served as an invasion deterrent since.

The 1,570-ton diesel-electric submarines were initially designed for hunting Japanese warships, but it became apparent the boats would not be needed, with a total of 29 of a planned 80 Tench-class submarines built between 1944 and 1951. After World War II, the boats saw service with the United States Navy, as well as the navies of Turkey, Greece, Peru, Pakistan, Canada, Brazil, Italy, and Venezuela.

While Taiwan continues to operate the former Tench-class submarines, it should be noted that the last of the boats to see combat was the former USS Diablo (SS-479), which was leased to the Pakistan Navy in the 1960s. The submarine, which was renamed the PNS Ghazi, and served flagship of Pakistan’s submarine force, was lost with all 92 hands onboard in an incident in December 1971. The Indian Navy claimed one of its destroyers sank the submarine, while Pakistan claimed it was lost during a minelaying mission in the Bay of Bengal.

Despite the age of the submarines, Taiwan has attempted to modernize its two antiquated “Sea Lions” boats. In January 2017, Taipei also announced that the decades-old Hai Shih would receive a retrofit allowing it to continue sailing until 2026. That $19 million refurbishment included improvements to the hull and the diesel vessel’s “navigational elements.”

While the two boats will likely remain in service, their days are limited as Taiwan is now in the process of building eight modern fast attack submarines. The self-governing island has also stealthily recruited experts and gathered technology from around the world to build a submarine fleet that could be the first line of defense against an invasion armada.

As Reuters reported earlier this year, for more than two decades, Taiwan had sought to acquire a modern conventional submarine force to fend off the existential threat from the PLAN. There were no takers, as most nations didn’t want to risk the ire of Beijing. Even the United States, Taiwan’s closest ally, was unable to provide such boats – as they’ve been long retired.

Unable to purchase any submarines, Taipei went in another direction.

Instead, it has begun to build a fleet of eight modern conventionally-powered attack submarines. These would be the first indigenously-developed vessels of their kind, while Taipei even designed and built a new shipyard in Kaohsiung to handle the task. It is estimated that Taiwan’s new attack submarine flotilla could cost a total of US$16 billion; yet, some experts have suggested the money spent by Taipei on the boats is an investment in the nation’s security and even its future.

It was part of President Tsai Ing-wen’s military modernization efforts and the island nation’s self-sufficiency plan. It has been described as a new milestone in the national submarine manufacturing plan.

The first of the new class of submarines is now expected to enter service in 2025, and that could allow the  Hai Shih to be retired – marking an end for the last World War II-era submarine.

Expert Biography: A Senior Editor for 19FortyFive, Peter Suciu is a Michigan-based writer who has contributed to more than four dozen magazines, newspapers and websites – totaling over 3,000 articles in a career that has spanned decades. He regularly writes about military hardware, firearms history, cybersecurity, and international affairs. Peter is also a Contributing Writer for Forbes. You can follow him on Twitter: @PeterSuciu.

In this article:China, Submarines, Taiwan