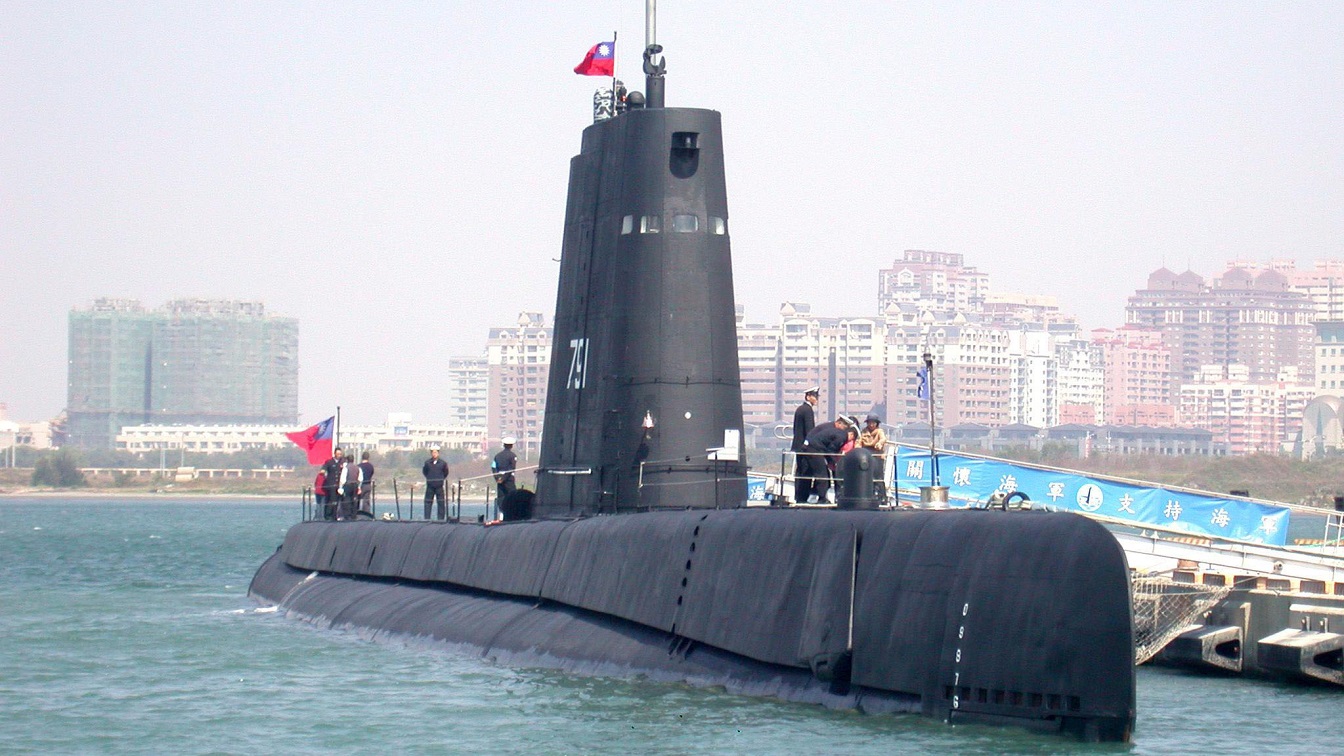 Military Expert Peter Suciu Explains Why Taiwan Needs Submarines to Maintain its Independence: What you can’t see, can still very much hurt you. That is something sailors likely found out the hard way during the First and Second World Wars when the quiet was disrupted by the sudden explosion from a torpedo striking their ship. Submarines presented a new threat, one that remains as serious as ever.

For the self-governing island of Taiwan, submarines could be part of the first line of defense and even serve as a serious deterrence to China – which has vowed to “return” the island to mainland control.

Invading Taiwan, which is roughly the size of the State of Maryland, wouldn’t be easy. Even before China’s People’s Liberation Army (PLA) would have to fight in dense cities to seize control of the island, before likely facing a fierce resistance that holds out in the rugged interior of mountains and jungles; it would have to cross what is arguably the world’s most effective moat. The roughly 80-mile wide (at its narrowest point) Taiwan Strait is known for strong currents and likely would have thousands of missiles aimed at its waters.

Any flotilla attempting to cross the waters would certainly come under intense fire, but Taipei knows too that having a squadron of submarines operating under the waters and throughout the South China Sea would be a serious issue for Beijing. Experts have suggested that the shallow, noisy waters of the Taiwan Strait greatly favor submarines over air and surface (anti-submarine warfare) forces.

Even if the People’s Liberation Army Navy (PLAN) aircraft carriers didn’t actually enter the straits, Taiwan could send its submarines out to hunt down and sink any and all Chinese vessels it encounters in retribution. More importantly, whereas Ukraine, in countering Russia’s unprovoked invasion, has kept the fighting local, for the most part, Taiwan would likely go on the offensive, and advanced submarines could sink Chinese warships operating hundreds or even thousands of miles away.

Taipei had wanted to acquire modern submarines for years and has been forced to rely on antiquated boats – some of which date back to the Second World War. As the island nation was unable to buy any submarines, it instead set out to build its own.

It is now producing what will be a fleet of eight modern conventionally-powered attack submarines, the first to be developed in Taiwan. Taipei even designed and built a new shipyard in the city of Kaohsiung, especially for the task. In recent years, Taiwan has stealthily recruited experts and gathered technology from around the world to build a submarine fleet that could be the first line of defense against an invasion armada.

As previously reported, it has been estimated that Taiwan’s new attack submarine flotilla could cost a total of US$16 billion; yet, some experts have suggested the money spent by Taipei on the boats is an investment in the nation’s security and even its future. It is part of President Tsai Ing-wen’s military modernization efforts and the island nation’s self-sufficiency plan.

The first of the new class of submarines is now expected to enter service in 2025 and will likely replace the Taiwanese Navy’s rapidly aging fleet of four submarines, which includes two Chien Lung-class boats purchased from the Netherlands in the 1980s: the SS-793 Hai Lung (Sea Dragon) and SS-794 Hai Hu (Sea Tiger); and two Hai Shih-class submarines, SS-791 Hai Shih (Sea Lion) and SS-792 Hai Bao (Sea Leopard), a pair of late World War II subs acquired from the U.S. in the 1970s. The two newer Dutch-built submarines are also set to be upgraded by the end of next year and are expected to remain in service even as Taiwan’s modern attack subs enter service.

The submarine force may not prevent a Chinese invasion, but they are seen as constituting a strong deterrent force, Michael Thim, a researcher focusing on Taiwan’s defense at the Prague-based think tank Association for International Affairs, told reporters earlier this week.

Taiwan’s first domestically produced submarine is expected to be launched next September – and it could be the first step to ensuring the survival of the self-ruled island.

In this article:China, Invasion of Taiwan, Taiwan