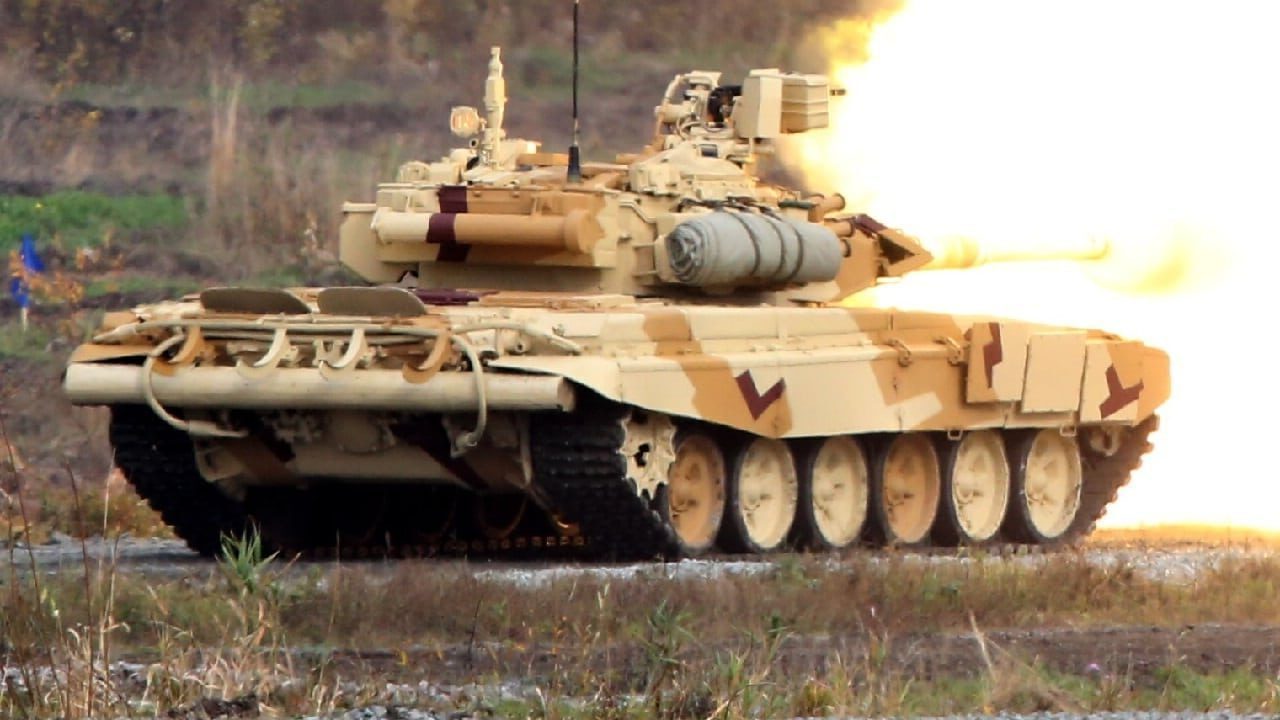 The T-90 might be Putin‘s best tank – well, if we would consider the T-14 Armata, but it never seems to have gone to Ukraine. And the T-90 has failed to truly deliver on the battlefields when it has gone to war. Here is what we know:

Given Russia’s longtime reliance on the employment of massive quantities of armor on the battlefield, Russia is always seeking to modernize and update its tank fleet where it can. The development and modernization of the T-90 have been a significant element of this since the collapse of the Soviet Union, up through the current day, despite the tank’s troubled performance in Ukraine.

Russia presents the T-90 as one of its most advanced tanks in service today. Armed with an autoloader-serviced 125mm 2А46М main gun, the T-90 has a firing range of five kilometers in its basic form, and is additionally equipped with KORD 12.7 mm heavy and 7.62 mm PTKM coaxial machine guns.

With a crew of three, the basic version of the T-90 is propelled by a 1000 mm 12-cylinder engine, allowing it to reach speeds of 60 kilometers per hour on roads and 50 offroad.

The T-90 is capable of firing the advanced 9M119 Refleks anti-tank guided missile system, which is designed to strike tanks with explosive reactive armor or helicopters.

In terms of protection of its own, the T-90 is protected by a combination of Kontakt-5 explosive reactive armor on the hull and turret as well as multi-layered steel armor.

Development and Modernization of the T-90

At its root, the T-90 project began as a modernization of the T-72 in the twilight years of the Soviet Union in the 1980s. By 1989, the project had morphed into a distinct and independent endeavor, which led to limited serial production beginning in 1992.

As a result of bad press accrued by the T-72 and T-80BV in the first Gulf War and first Chechen War, Russia’s arm industry felt pressured to heavily market the T-90 to export audiences to make up for such bad press.

Before long, the export of the T-90 – the T-90S – had attracted the attention of Russian military leaders, who initially ordered 200 examples of the tank under the designation T-90A after licensing a “knocked-down” version of the tank for production in India, where 1,000 were built. The T-90A received the moniker “Vladimir” after the death of the tank’s main designer, Vladimir Ivanovich Potkin.

The newest version of the T-90 is the T-90M, which is touted as a new standard for Moscow’s T-90s that it seeks to upgrade its fleet into. Its principal upgrades over the T-90A include the utilization of Russia’s Relikt explosive reactive armor, and an improved version of the main gun which increases the range and accuracy of the T-90M compared to earlier versions.

Although the T-90M was first unveiled to the world in 2017, the exact number of T-90s in Russian service today is difficult to ascertain for certain. While the Russian Armed Forces were slated to receive the final units of an order of 65 examples of the T-90M by the end of 2021, it does not appear that Russia possesses many additional examples of the modernized tank beyond this delivery, despite Russia’s stated plans to use its T-90M fleet as a modern placeholder to tide itself over until the T-14 Armata is introduced (which is unlikely to happen anytime soon).

The T-90’s Performance in Ukraine

Despite its on-paper advantages and promotion in Russian media as being the best in the world, Russian T-90s have run into serious issues in Ukraine. Russia has reportedly lost 20 “Vladimirs” in Ukraine to date according to the open-source blog Oryx, as well as two T-90Ms.

In fact, Russia appears to have suffered its first T-90M loss shortly after the tanks began to appear in Ukraine in the spring. While Russian media sources have pointed to the further delivery of T-90Ms to the Russian armed forces during the invasion as evidence of the resiliency of Russia’s arms industry, the discovery of French optronic technology in a T-90 captured by Ukrainian forces raises questions about the durability of the supply chains which support T-90 production. 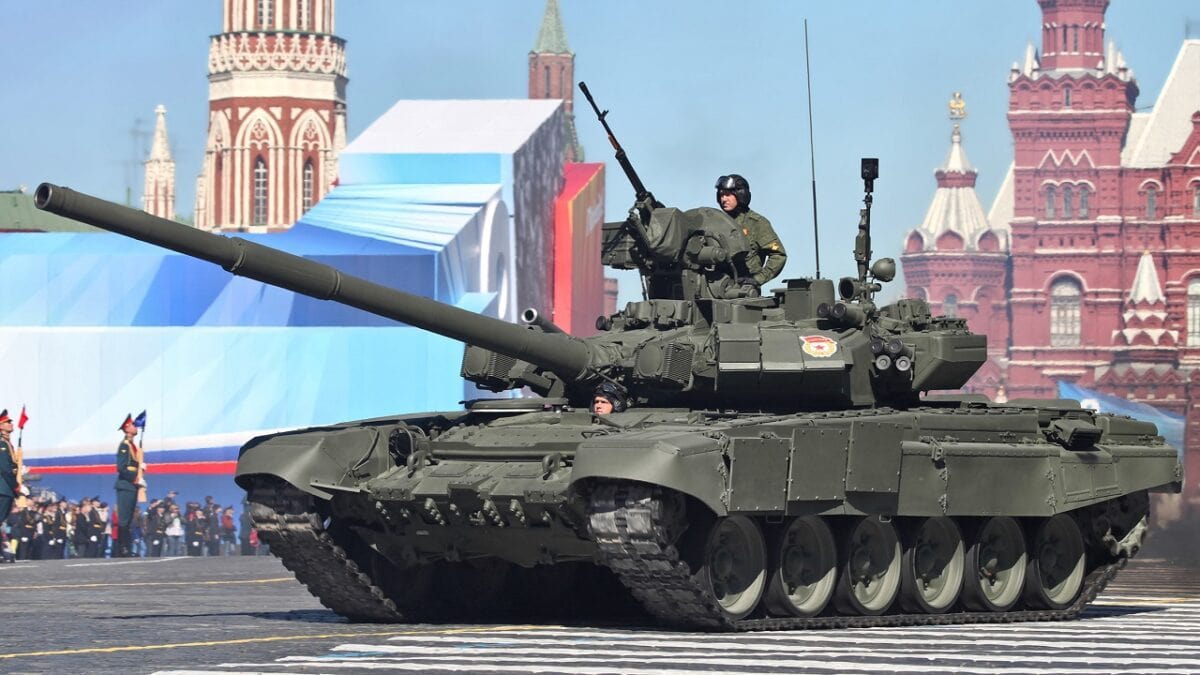 Although the T-90 has not lived up to much of its hype in Russia’s invasion of Ukraine, the ever-distant arrival of the T-14 Armata to active service likely means that Russia will have no choice but to maintain its fleet of T-90s for the foreseeable future.

Wesley Culp is a Research Fellow at the Center for the Study of the Presidency and Congress. He regularly writes on Russian and Eurasian leadership and national security topics and has been published in The Hill and the Diplomatic Courier.

In this article:NotHome, Russia, T-90, Ukraine, War in Ukraine