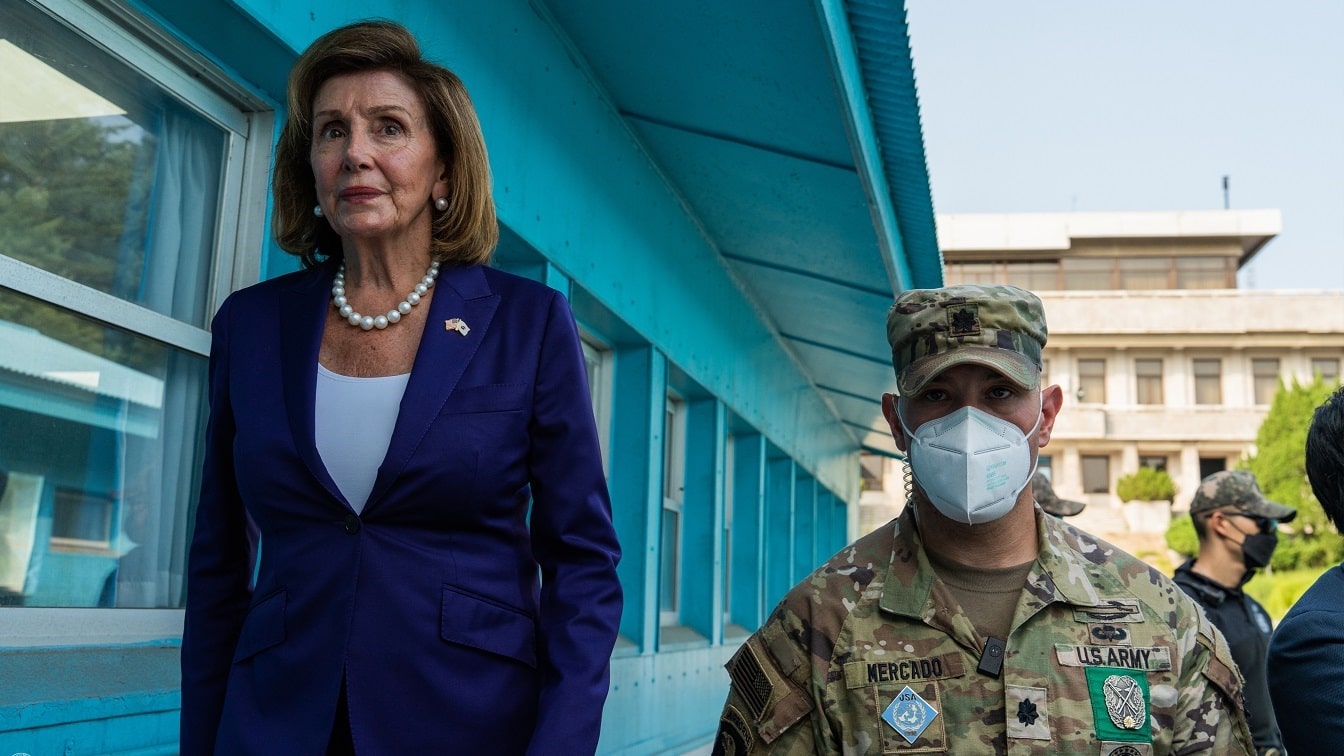 Nancy Pelosi, the Speaker of the U.S. House of Representatives, toured East Asia last week. Much debate was stirred by her visit to Taiwan, of course. But Pelosi also stopped by other East Asian partners of the United States, including South Korea where she received a noticeably confused reception. She was not greeted by any major official of the South Korean government on the tarmac, and the country’s president refused to break his vacation to meet her. They spoke by phone instead.

Some of this was probably the inexperience of South Korea’s new president. Yoon Seok-Yeol is not a career politician and has made several gaffes since taking over this spring, which more experienced politicians likely would have avoided. But the larger issue in the background – unspoken and unadmitted, of course – is almost certainly China.

Pelosi’s unprompted, somewhat reckless, visit to Taiwan activated a sharp Chinese response. China continues to be South Korea’s biggest export market. While national security opinion in South Korea is slowly tilting against China, the business community is deeply concerned to maintain market access. The split parallels the debate among many Chinese partners in Asia and the West. South Korea’s role in a Taiwan conflict is ill-defined at best, and Pelosi’s visit was controversial even in the U.S., so it is likely that the Yoon administration saw no upside to engaging her more prominently.

Pelosi Left Herself No Choice but to Go to Taiwan

It is now pretty accepted that Pelosi’s trip was unnecessarily controversial. As a member of the U.S. legislature, she does not speak for the foreign policy apparatus of the United States. She has no direct policy-making or military role. The Biden administration has already signaled greater U.S. willingness to fight for Taiwan than past administrations. So it is not clear what the benefits of Pelosi’s trip were. Even the Taiwanese seemed rather cool to it.

But once Pelosi publicly broached the possibility of going to Taiwan, she almost certainly had to go. Were she to have backed down, she would have looked foolish and weak, and China would have claimed it had stared down the United States over a major issue between them, and won. As everyone quickly realized, the trip became a symbolic stand-off between the U.S. and China. Hence even U.S. Republicans supported her visit. China responded negatively and harshly to her suggestion of the visit. That then put Pelosi, and, by association, the United States, in a tight spot: if she did not go, she would look confused or soft on China. So she went. Ideally, U.S. lawmakers, whose trips bring few concrete or policy benefits, will be more cautious in the future.

Pelosi’s trip also put many U.S. partners in the region in an awkward position. Countries like Australia, South Korea, and Japan have trading relationships with China, and China is now keen to weaponize and leverage those relationships. A central goal of Chinese coercive economic diplomacy against its trade partners is the isolation of Taiwan. Current Chinese President Xi Jinping has elevated the Taiwan issue during his tenure, suggesting China will absorb Taiwan before his term ends.

South Korea’s position on Taiwan is vague at best. As a U.S. treaty ally, there is a reasonable probability it would be sucked into any serious Sino-U.S. clash over the island. As with Japan, it would be hard to imagine major U.S. regional allies standing outside a significant armed U.S.-China conflict in the region. This is one of the unspoken reasons South Korea is considering building an aircraft carrier.

Conversely, South Korea’s direct strategic interest in Taiwan is low. Korea too is a divided country, and there is little support for Taiwanese independence. And Chinese unification would not much jeopardize the Korean peninsula. North Korea would not suddenly attack South Korea, just as it did not after the fall of South Vietnam. The status quo on the Korean peninsula is stable.

So in the end, Yoon probably saw little upside to meeting Pelosi directly: South Korea wants to avoid direct commentary on the Taiwan issue as much as possible; it wants a reasonably stable relationship with China, if only for export purposes; and Pelosi speaks for no obvious constituency in the United States, despite her high position.

South Korea’s Future Balancing Act between the U.S. and China

These sorts of awkward decisions and curious outcomes are the likely future of South Korea’s relationship with China. Seoul will vigorously seek to avoid decision forks, where it is forced to choose between the U.S. and China. And if that means snubbing a figure like Pelosi – with a high profile but no direct policy role – then so be it. It is unclear how long this can last – Xi is pushing much of East Asia toward such tough choices – but it is the likely outcome until South Korea can diversify its export markets away from overreliance on China.

Dr. Robert E. Kelly (@Robert_E_Kelly; RobertEdwinKelly.com) is a professor of international relations in the Department of Political Science at Pusan National University and 1945 Contributing Editor.