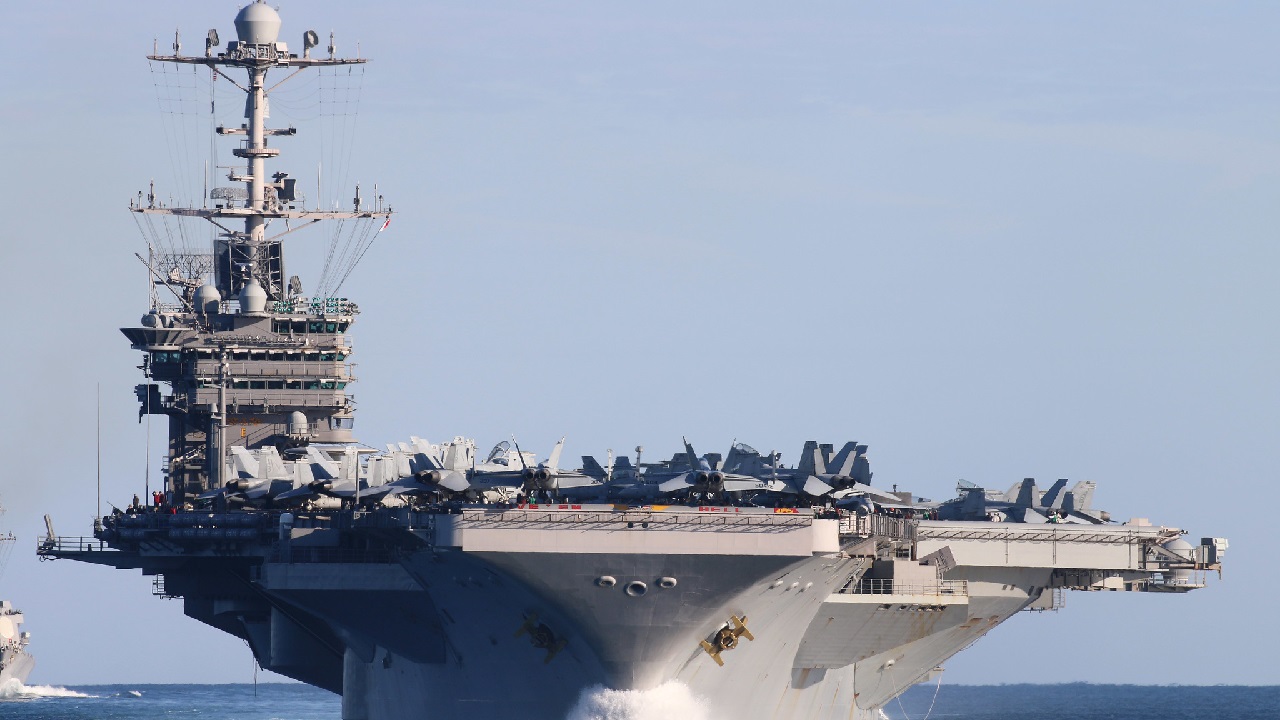 Will a ‘Peak’ China decide now is the time for war with America: Hal Brands and Michael Beckley have breaking news from 1832! Namely that it sometimes makes sense for the weak to pick a fight with the strong. No less an authority than Carl von Clausewitz affirms it. Suppose, postulates Clausewitz, a weaker contender “is in conflict with a much more powerful one and expects its position to grow weaker every year. If war is unavoidable, should it not make the most of its opportunities before its position gets still worse? In short, it should attack . . . .”

Verily, Clausewitz is a man for all seasons. If you know important trendlines are turning against you—if you expect your strategic standing vis-à-vis your antagonist to be worse next year than this—then he advises you to strike now. Otherwise, you’ll get less than you might. Your window of opportunity might even slam shut by next year.

Such a now-or-never calculus makes for a combustible atmosphere. The challenge before America is to deter China from striking a match.

Brands and Beckley are professors at Johns Hopkins and Tufts, respectively. Though they don’t mention the sage of nineteenth-century Prussia in their lucidly written new book Danger Zone: The Coming Conflict with China, they apply Clausewitzian logic to Communist China, arguing that the world is witnessing “peak China.” If China stands at the zenith of its power, and if Chinese Communist Party magnates know it, then they might reason that now is their best opportunity to use military might to settle longstanding grudges.

The next few years will be a time of temptation for Beijing—and thus a time of peril for the Indo-Pacific.

To buttress their case the coauthors catalog various factors that have turned negative after abetting China’s rise to great power. China, they observe, has been the beneficiary of a uniquely favorable political and strategic environment over the decades since party leaders resolved to reform the economy and open it to the world. But China’s surroundings are no longer so auspicious—in large measure because Beijing has squandered Asian and international goodwill through its bellicosity and mendacity.

There are externally imposed limits to China’s rise.

And then there are internal woes. It’s always tough to gauge how well a totalitarian society like Communist China is faring within its frontiers. Official figures out of Beijing are worth precisely what you pay for them. There’s no oversight over them, and the party has every reason to game them in its favor, in an effort to show the Chinese people it’s an indispensable steward of the common weal. Nevertheless, it does appear that key indices such as demographics, GDP figures, natural resources, and the environment are set to constrain Chinese power rather than fuel it.

If so, domestic travails will eventually drag down military budgets—and, potentially, martial adventurism with them.

In other words, it’s far from fated that China’s rise will track forever upward. The United States and China may never reach the crossover point envisioned by exponents of the “Thucydides Trap”—the point beyond which Chinese power outstrips American, giving Beijing the upper hand in the Western Pacific. But Brands and Beckley argue rightly that an impending stall in China’s rise doesn’t mean the coming years will be free from U.S.-China conflict. In fact, the opposite could well be true.

A China on the threshold of decline is a dangerous China—as Clausewitz might prophesy were he among the quick today.

Now, positing that the 2020s constitute a danger zone is nothing new. In 2010, for instance, a conference convened at the Naval War College in Newport to explore how demographic decline is transforming great-power politics. The organizers did the usual academic thing and bundled the conference papers into an edited volume. Gordon Chang, an analyst who always takes a gloomy view of China’s communist future, had the China portfolio for the project. Gordon made many of the same points Brands and Beckley do a decade-plus hence, forecasting that China will be easier to live with once its population size starts to wane—as it’s set to do sometime this decade.

Until then it might be a problem. An elderly populace is an expensive populace, and it’s hard to recruit a family’s only child—a legacy of the long-running “one-child” policy—for military service. If demographics threatens to muffle Beijing’s ambitions, party leaders might opt to act now.

For my part I surveyed the classical precedent, reviewing how ancient Athens and Sparta responded to demographic shocks. Sparta suffered a catastrophic earthquake in the 460s B.C., losing the flower of Spartan infantry to a natural disaster. Spartan rulers reacted cautiously and conservatively, as you would expect. The fewer your resources, the more precious they are. From a cost-benefit standpoint it makes sense that political and military leaders would be loath to hazard a diminished soldiery on the battlefield.

Rival Athens was another story altogether. Athens endured a demographic blow of its own, in the form of a devastating plague that felled some thirty percent of the populace early in the Peloponnesian War (431-404 B.C.). But rather than hunker down, Athenians cast off all restraint. They jettisoned the prudent, resource-conserving, saltwater-oriented strategy preached by “first citizen” Pericles, who perished from the pestilence.

Athenians refused to abide by cost-benefit logic and conserve diminished manpower. Instead they went adventuring—and ended up weeping bitter tears in defeat.

Demographics is important, then, but it is not destiny. Extrapolating from that small sample size, I set forth the hypothesis that—rather than exert a uniform influence on all strategic communities at all times—population decline makes a contender more like itself. A shrinking populace, that is, primes a contestant to act in keeping with its ingrained character and reflexes. Spartans already inclined to conservative strategy; they were even more conservative following the earthquake. Athenians were known for enterprise and derring-do despite Pericles’ cautionary counsel; they veered from venturesome to reckless following the plague.

Will China tread a Spartan or an Athenian pathway in the coming years?

If Beijing reckons that now is as good as it gets for Beijing—if China’s strategic position has crested or stands poised to—Xi Jinping & Co. could well decide today is the day to take up the sword. China might try to conquer Taiwan, wrest the Senkaku Islands from Japan, or clamp down on Southeast Asian rivals in the South China Sea. If so it would follow the Athenian model, wagering everything on a bold gambit. Hence the danger zone Brands and Beckley espy.

Now-or-never logic could prevail among communist magnates, to the detriment of regional peace and security.

Or Beijing could take a Spartan tack, playing things safe while hoping circumstances boost its prospects in the future. That would be the prudent course of action. If that approach prevails—if the United States, its allies, and its friends can deter China from warfare for the next decade or so—then a prudent Spartan outlook might take hold. The strategic competition with China should prove more manageable over the long term. Brands and Beckley incline to something approximating this view, and cost-benefit logic backs them up.

We’ll see. Much depends on the character of the Chinese state, party,  and society.

However things unfold, the recommendations put forth in Danger Zone are sound. For example, they urge U.S. leaders to set priorities “ruthlessly.” And indeed, setting and enforcing priorities while husbanding finite resources for what matters most is Strategy 101. They exhort Washington to be “strategically deliberate and tactically agile.” Tactical agility means devising stratagems to keep China off-balance, while deliberate strategy assures all stakeholders of American constancy. And, as in the late Cold War in particular, U.S. leaders should play some offense in the service of strategic defense.

The coauthors’ bottom line: “Think of danger-zone strategy as something that helps you win in the future by avoiding disaster in the here and now.”

But a measure of fatalism and a sense of urgency must propel U.S. policy and strategy in the Indo-Pacific over the long haul, even if the next few years constitute the time of greatest peril. Even if China’s rise tops out, as Professors Brands and Beckley foretell, it has already put in place enough implements to make serious mischief for East Asia and the world into the indefinite future. An impressive People’s Liberation Army Navy, Air Force, and Rocket Force exist now, and they will continue exist in the coming age of demographic downturn. A fraction of the U.S. armed forces will continue to face off against the whole of the Chinese armed forces bestriding their home ground. Danger will linger, then, even if Asia crosses safely through the danger zone.